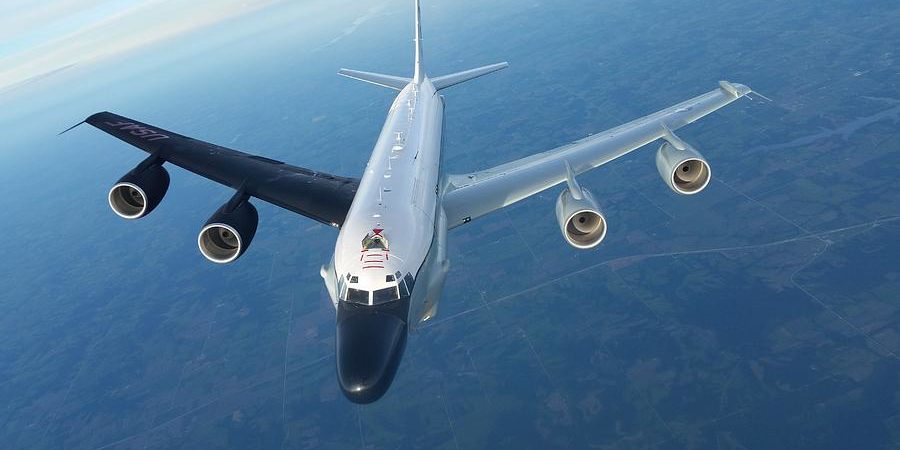 The Cobra Ball RC-135S is a rapidly deployable aircraft which uses multiple sensors to detect ballistic targets as well as provide verification measures in arms control situations. These instruments include a range of optical and electronic sensors as well as recording tools which are able to observe ballistic missile flights at long range. Within a short duration after launch detection, estimations of launch and intercept points are capable of being transmitted to theater elements such as AWACS, JSTARS, and the AOC.

Stationed at Offutt Air Force Base in Nebraska, the Cobra Ball aircraft are operated by the 55th Wing of the U.S. Air Force and manned with aircrews from the 45th Reconnaissance Squadron, and the 97th Intelligence Squadron, using various forward deployment locations worldwide. The crew needed to fly such an aircraft for a mission includes, “two pilots, one navigator, three electronic warfare officers, two airborne systems engineers, and two or more airborne mission specialists.[i]”

By having this system mounted onto an aircraft, the Cobra Ball provides quicker mobility and more flexibility than other BMD sensor technologies. By utilizing an air force leg in U.S. missile defense, there is an added layer that provides more detailed and timely information for command and control units.

1994: Aircraft were stationed to Offutt Air Force Base in Nebraska, where they now satisfy tasked intelligence collection operations. Since then the aircraft have participated in Operations Enduring Freedom and Iraqi Freedom.

1961: C-135 aircraft are modified to RC-135S, where they flew missions out of Shemya Air Force Base, Alaska, to monitor Soviet reentry vehicles in order to determine Soviet capabilities.