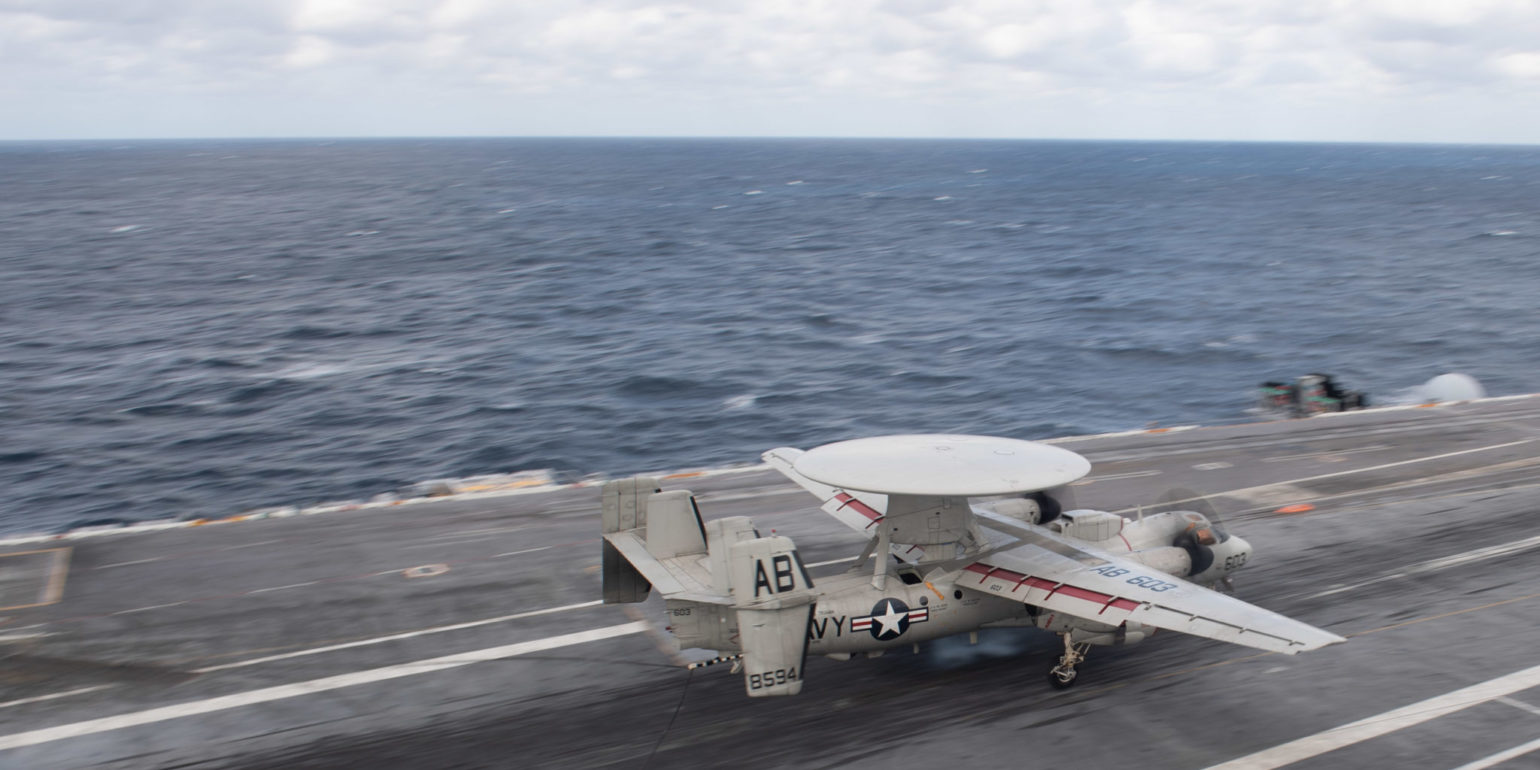 The Northrop Grumman-produced E-2C Hawkeye, and its next-generation variant, the E-2D Advanced Hawkeye, is an airborne early warning aircraft, operated by the United States Navy. Similar to the E-3 Sentry and the E-7 Wedgetail, the Hawkeye is capable of tracking threats, including cruise missiles and hostile aircraft, and transmitting tracking data to command centers and friendly aircraft. Supported by a Lockheed Martin-produced AN/APY-9 Airborne Early Warning Radar, the E-2D can track targets at ranges greater than 550 kilometers. The E-2D is the first aircraft able to detect a mobile ground-launched cruise missile, and is designed to be compatible for carrier operations, allowing it to provide long-range detection of incoming missiles and aircraft.

The E-2 has numerous international operators. Israel was the first foreign nation to order the Hawkeye, in 1981. Since then, Egypt, France, Japan, Singapore and Taiwan have all purchased the system from the U.S., and Mexico acquired the Israeli Air Force’s aircraft.

France signed an agreement in January 2021 with the U.S. Navy to acquire 3 E-2D tails, replacing their E-2C aircraft. The aircraft is scheduled to be delivered by 2028.

The carrier-capable E-2D plays a central role in the Navy’s Naval Integrated Fire Control- Counter Air (NIFC-CA) concept, which links together every element of a carrier strike group. From an offensive perspective, the Advanced Hawkeye can gather intelligence, surveillance, and reconnaissance (ISR) information from platforms such as the F-35C, and transmit the targeting data to fighters such as F-18s to conduct strikes from standoff range.

1956: The United States Navy creates a requirement for an airborne early warning system.

March 1957: Northrop Grumman is selected for the AEW system requirement.

February 2011: The E-2D makes its first carrier landing, on the USS Harry Truman.

Distributed Kill Chains: Drawing Insights for Mosaic Warfare from the Immune System and from the Navy

Air and Missile Defense at a Crossroads

Inside the Navy’s Next Air War – USNI News