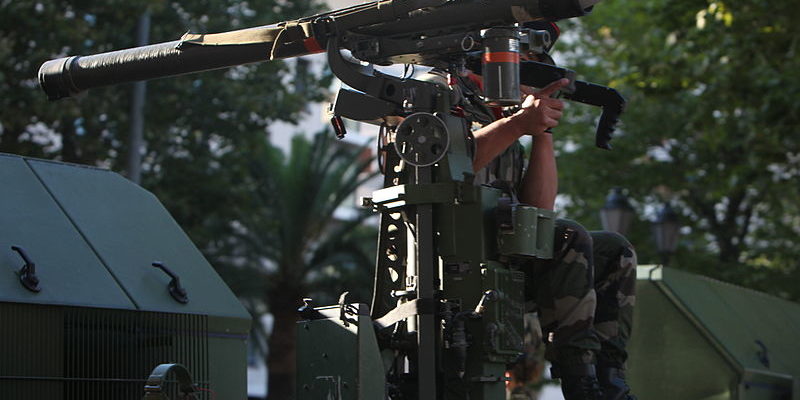 The Mistral Missile System that South Korea operates is a man-portable short-range surface-to air-missile system, capable of being launched from a variety of vehicles. The interceptors track their targets using infrared seekers. The Mistral’s seeker has a narrow field of view to focus on the prime target and reject decoys or interference. There are several variations of the Mistral missile and missile system mount:[i]

Mistral-2: An improved missile, with extended range and improved maneuverability. It is fully digital and can intercept helicopters with reduced infrared signatures.

ATAM: An air-to-air version of the Mistral, intended to be equipped on helicopters and aircraft.

SIMBAD: A pedestal naval mount with two Mistral missiles used on ships. There is also a remote-controlled version called the SIMBAD-RC.

The Mistral is a reliable and effective missile system, with a proven success rate of 93%.[ii] It can be operated from a variety of launch vehicles, making the Mistral a versatile weapon which can be effective in a range of situations. This is a beneficial trait in today’s high-paced geopolitical realm, which requires a flexible response capability.

1974: Development of the Mistral began