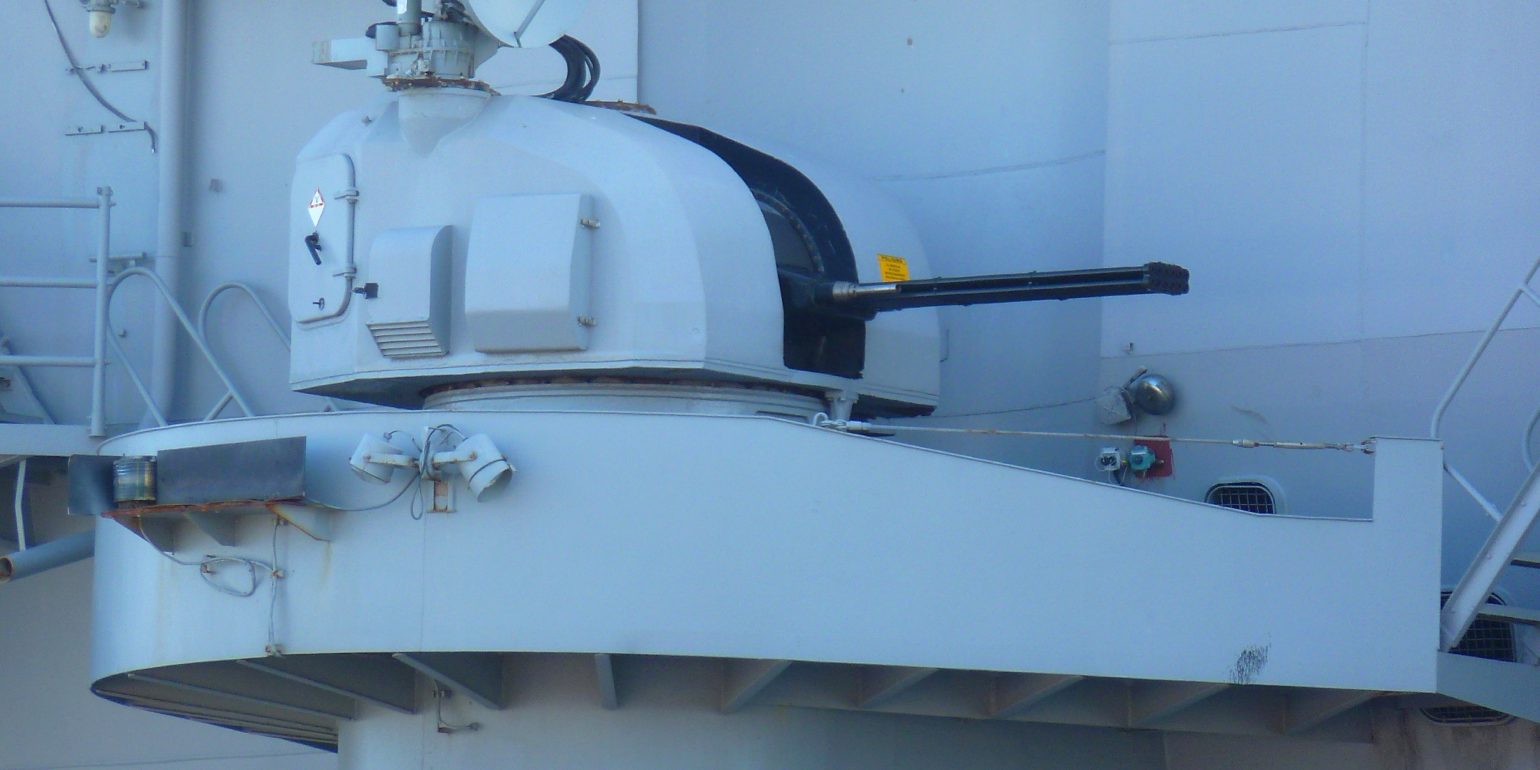 The Meroka is a Close-In Weapon System (CIWS), operating as a point defense system for many ships in the Spanish Navy. The system uses 12 Oerlikon 20mm gun barrels arranged in 2 rows of 6 barrels each, with the barrels slightly skewed in order to create a larger spread.[i]The range of the system is listed as 1.5-2 km, however the effective range is much shorter at 0.5 km.[ii]According to the Spanish Navy, the Meroka has an 87% chance of destroying an incoming missile with a single 12 round burst.[iii]

The Meroka CIWS has undergone multiple upgrades since its first development to reach the 2B model that is the current standard for all systems:

Meroka-2A:An upgraded variant of the original system, to include a thermal imager and a digital processor as a replacement to an analog processor.[iv]

Meroka-2A3:A further upgraded system in which three digital processors replaced the single one in the 2A model. A fully automatic firing capability was added as well.[v]

Meroka-2B: The current variant of the Meroka CIWS, the 2B model uses a new tracking radar with Moving-Target Indication (MTI), a reduced radar cross section, and greater onboard ammunition stowage capacity.[vi]

The Meroka CIWS provides ships with a strategic point defense against anti-ship missiles. With an optronic targeting system as a backup to the system’s radars, the Meroka can operate in a jammed environment, which is an important air defense capability. The four three-barreled salvoes of the Meroka is beneficial as it has less time between each firing compared to other CIWSs which use a gatling gun design. The skewed barrels of the guns also increase the lethal area of the system, making it easier to intercept targets.

October 1995:The Spanish Navy decides to upgrade its Meroka installations to Mod 2B standards during the regular 1996/1997 overhauls[vii]

1993: The Spanish Navy received approval to upgrade its Meroka installations to the Mod 2A3 standards[viii]

1986: First installations of the Meroka systems on Spanish naval ships[ix]