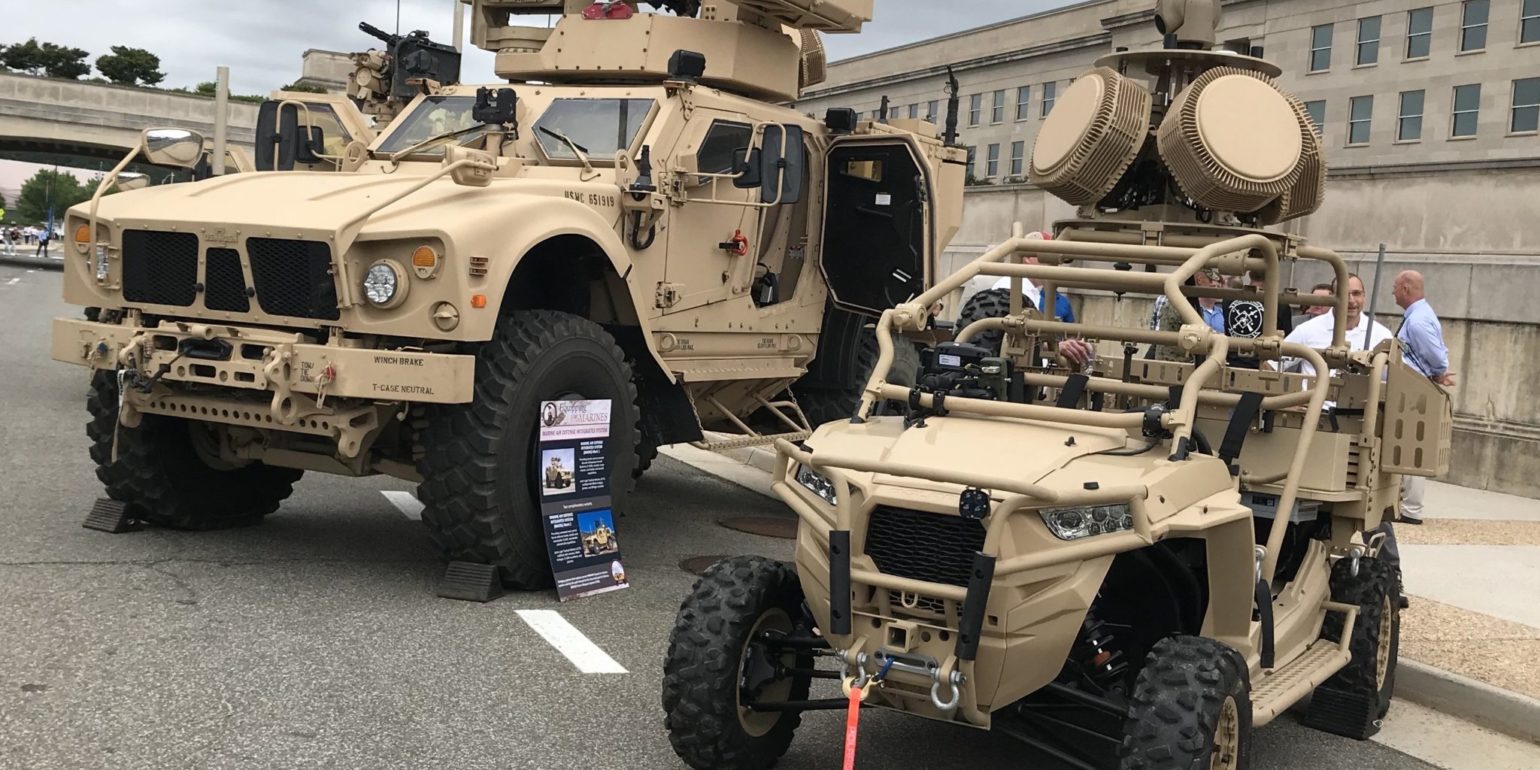 Since the Marine Corps divested itself of all their Avenger Systems in the mid-2000s, Marines have been without a dedicated mobile firing platform to protect the maneuver force. In 2013 at the beginning of the fight against ISIS, the Marine Corps noticed the growing proliferation of cheap commercial drones and a gap in the ability to counter those systems. At the same time, the United States began to redirect itself toward near-peer competition against China and Russia.  A fight against either near-peer necessitates a maneuverable SHORAD platform that can keep pace with the maneuver force in order to protect it from precision fires and enemy close air support.

The MADIS system relies on two vehicles per section working in a complementary pair, the MADIS Mk1 and Mk2.[iv] The MADIS Mk1 will be responsible for primarily neutralizing fixed and rotary-wing aircraft. The Mk2 will fulfill the Counter-Unmanned Aircraft System (C-UAS) mission, while also providing radar and C2 for the pair.  The Marine corps also has the Light MADIS (LMADIS), which hosts the radar and EW suite on a Polaris MRZR.  The LMADIS served as a testbed and interim C-UAS solution before the fielding of the MADIS Mk1 and Mk2.  The LMADIS is still in operational use with Marine Corps LAAD battalions. 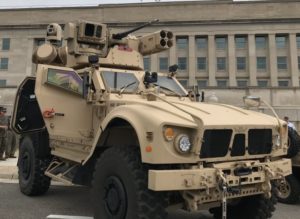 For kinetic weapons, the Mk1 variant possesses a missile pod holding 4 Stinger missiles.  The main direct fire weapon on the turret is a 30mm cannon.  Inside the vehicle are handheld Stinger launchers to be used by the crew.  The optical sensors for the weapons system is produced by Lockheed Martin.

The electronic warfare system is the Modi II produced by Sierra Nevada Corporation (SNC). It is the most advanced dismounted electronic countermeasure (ECM) system in the DoD inventory. It can be used to disrupt enemy drones, communications, and radio-controlled improvised explosive devices (RCIED).  Using electronic warfare, air defenders can trick or “spoof” the drone’s navigation system, jam its communications by separating its data link, or defeat fuses and weapons’ triggers[v] The Modi II is the successor to the Thor II/AN PLT-5 and Thor III AN/PLQ-9. [iii] 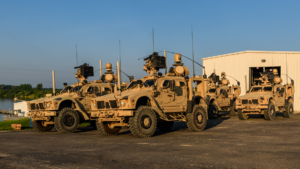 The radar on the MADIS Mk2 is the RPS-42 produced by RADA Electronic Industries Ltd.  What makes the radar so unique is that it is able to detect the extremely small radar cross-sections of commercial, off-the-shelf drones that have been proliferated on the modern battlefield by nonstate actors for lethal and nonlethal purposes. The RPS-42 is able to identify and detect targets flying at an altitude of 30 to 30,000 ft within a 30km radius.[vi]

The electronic warfare system is the Modi II, the same as the Mk 1 variant.

The Mk 2 as part of its C2 capability will possess a Beyond Line of Sight (BLOS) gateway/server capability.[viii]  This will allow the pair to engage targets being spotted by other ground-based radar in the same network.

In the FY20 budget over $150 million was allocated for low-rate initial production of 26 vehicles, with another 192 delivered by Q3 FY21.[ix] Initial Operational Capacity (IOC) is planned for 2021 with a fully outfitted platoon in each LAAD battalion and an associated training package. Full Operational Capability (FOC) is planned for 2025 with the delivery of the full Approved Acquisition Objective (AAO) along with spares, and defined training support materials.[x]

The Marine Corps also wants to be able to have MADIS intercept medium-range cruise missiles.  In FY21, the service plans to begin acquiring missile launchers, intercept missiles, and a Command and Control (C2) system as part of an initial Medium-Range Intercept Capability.[xi]   As part of the DoD’s Joint All Domain Command and Control (JADC2) effort, the Corps will ensure the C2 system will be compatible and integrated with CAC2S and Ground/Air Task Oriented Radar (G/ATOR) and be able to operate on joint integrated air defense networks.

The Marine Corps desperately needs mobile short-range air defense in its formations as it prepares for near-peer competition. The battlefield of now, and the future, is one in which American air supremacy is not guaranteed; in hybrid environments, insurgents and paramilitaries have made use of small drones to provide threats from above.

Force Design 2030, the Marine Corps plan for the future force, lays out a plan for distributed forward forces inside the Chinese weapons engagement zone (WEZ) aboard bases in the first island chain. The current Advanced Man-Portable Air Defense (A-MANPADS) systems alone cannot provide the proper defense for the infantry and artillery marines on these islands. With MADIS, the Marine Corps will be able to provide a more layered and integrated air defense umbrella that can detect, track, identify, and defeat aerial threats in order to protect the long-range precision fires dispersed throughout the Pacific. The Marine Corps must be able to defend itself and partners from these threats.

December 20, 2019: National Defense Authorization Act (NDAA) for FY20 signed into law with over $150 million for the MADIS program

July 18, 2019: LMADIS aboard the USS Boxer takes down an Iranian drone in the Strait of Hormuz

January 2019: Marine Corps shows off an M-ATV equipped with the RPS-42 and Modi II at the Modern-Day Marine Expo.

June 12, 2014: Selection of the RPS-42 Tactical Volume Surveillance Radar System by the US Navy Office of Naval Research (ONR).  Delivery is scheduled to begin the following month.