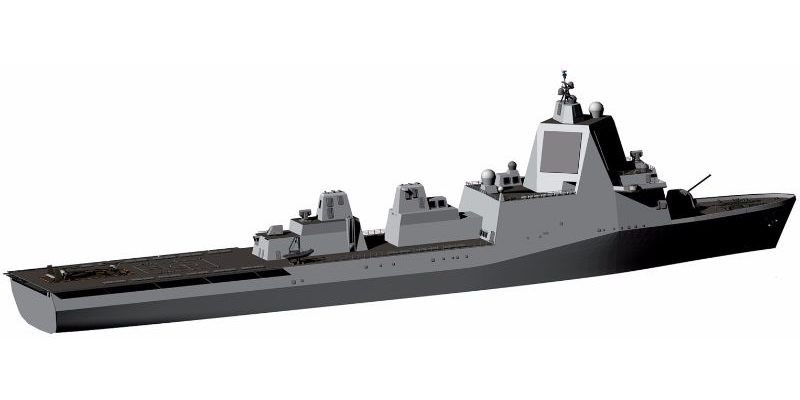 The LPD Based Ballistic Missile Defense Ship (BMD Ship) is a conceptual naval ship design with proven pedigree and potential applications for U.S. homeland and regional missile defense. The ship design is based on the existing LPD 17 hull, and would provide a significantly more capable platform for sea-based missile defense systems than the Arleigh Burke class guided missile destroyers, the current BMD workhorse of the U.S. fleet.

The BMD Ship concept, being developed by Ingalls Shipbuilding, a division of Huntington Ingalls Industries, features a 30-35 foot, multi-faced, S-band radar. A radar of this size provides a significantly larger radar coverage area than the SPY-1 radars integrated into the current Aegis BMD platforms. It also provides more than double the radar coverage of the next generation Advanced Missile Defense Radar (AMDR) planned for DDG 51 Flight III destroyers, and provides strategic level tracking and discrimination, filling in current sensor gaps over the Pacific Ocean and elsewhere. Ingalls Shipbuilding has built more than 65% of the U.S. Navy’s current surface warship fleet.

The BMD Ship could also be adapted to carry missile and air defense interceptors, and be equipped with other advanced BMD technology such as rail guns or directed energy systems. Such capabilities would enable the vessel to operate in contested waters while simultaneously collecting discrimination radar data on ballistic missile threats. When not dedicated to BMD missions, the ship could be available for other tasking (e.g. humanitarian assistance/disaster relief/C2/ Lily pad/ and Special OPS).

Robust tracking and discrimination of incoming ballistic missiles is vital to not only ensuring a successful missile defense engagement, but also enabling missile defense operators to reduce the number of shots required to ensure intercept. Gaps in coverage pose problems for this process because they allow adversaries to develop missiles that deploy decoys where U.S. sensors have blind spots, making the task of discrimination harder later in flight. If the US warfighter can accurately track the whole flight of a missile in high enough resolution, he can see the separation of missile and decoy, ensuring interceptors are aimed at the threats, and not the decoys or debris. Improved discrimination also allows for better assessment of whether incoming missiles have been destroyed, ensuring effective shot doctrine.

Currently, the radars that the United States has deployed and plans to deploy for discrimination in the Pacific region leave gaps during the early part of the midcourse of ballistic missiles’ flight path. Forward deployed AN/SPY-1 and AN/TPY-2 radar systems track adversary missiles shortly after launch. For regional missile defense, these radars can cover the entirety of the smaller geographic ranges. For missile defense of the United States against ICBM ranged missiles, however, these sensors are quickly overshot. The planned Long Range Discrimination Radar in Alaska would provide coverage for much of the Pacific, but its position in central Alaska leaves a gap in the early midcourse portion of a North Korean missile’s likely flight path.  The lack of track coverage in the early midcourse flight of the missile means that discrimination information gained by the AN/SPY-1 and AN/TPY-2 is lost, making the discrimination task more difficult later as the missile moves to its late-midcourse and terminal phases.

Combining the sea-based mobility that was intended for the SBX radar with the S-band radar capability to provide a wider radar picture with discrimination, the BMD Ship could solve the current coverage gaps. The ship design by Huntington Ingalls, based on the design of the LPD 17 San Antonio-class Amphibious Transport Dock, would allow the United States to place up to a 35’ fixed radar closer to adversary missiles on a survivable platform with self-defense capability to maintain a persistent presence. The high speed mobility offered by this sea-based radar platform allows the BMD Ship to be deployed around the world in a domain where the United States enjoys a significant advantage over adversaries.

By basing the design on an existing hull type, the BMD Ship benefits from an active industrial base and a hot assembly line that would allow it to be produced quickly and efficiently. This also means that the ship design has been tested and proven over years of performance in the fleet. The existence of other uses for the hull design also stabilizes the vendor base, ensuring that production of BMD Ships would be scalable to the nature of international threats.

The design of the LPD also allows a great deal of flexibility in terms of what can be deployed on the BMD Ship in addition to its radar. Design options for the ship include a large number of VLS launch tubes for Standard Missile interceptors. In this configuration, the ship would be able to make up for current shortfalls in meeting the demand of Combatant Commands for BMD capable Aegis ships, and free some of these ships for other critical missions. The design also includes substantial power, weight, and volume margin for future BMD system developments and has sufficient space and power for a rail gun or directed energy system. The capacity of an LPD-class hull easily holds the large power system required to create the energy needed for a rail gun or directed energy laser weapon system in the future.