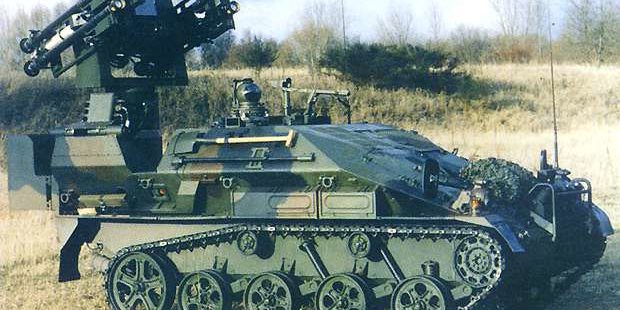 The LeFlaSys is a short-range air defense system, designed to intercept fixed wing and rotary wing aircraft. It has a multi-function sensor, which allows it to operate in a variety of situations. The LeFlaSys was designed for the German army but has also been exported to Greece and Finland under the name ASRAD-R. Despite the name change, the exported system is the same as the LeFlaSys.[i] The only true variant of the system is its naval version. The naval ASRAD-R is a four-missile system with infrared, CCD TV, and laser rangefinder sensors.[ii]

The LeFlaSys/ASRAD system is an easy to operate and flexible system. It has low manning and training requirements due to automation of many functions. The LeFlaSys launcher can be used with a wide variety of guided missiles, which can be valuable for maintaining low procurement costs. Although the LeFlaSys is mounted on a standardized WIESEL vehicle, it can also be integrated on other vehicles. This also aids in keeping procurement and maintenance costs low, which can be valuable for countries with low defense spending budgets. Its multi-function radar allows the system to operate in a number of threat environments, and its helicopter detection mode helps the system to target the specific threat types better than general modes would be able to.