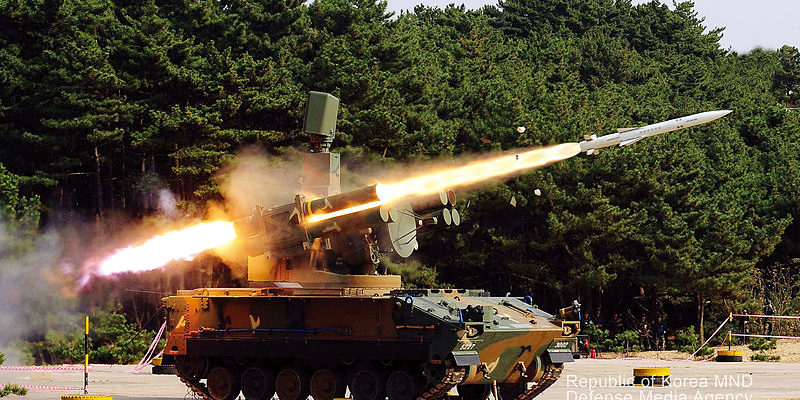 The K-SAM Chunma or ‘Pegasus’ is a self-propelled surface-to-air missile system and is the South Korean version of the Crotale. It was developed to provide defense against low and medium altitude air attacks.[i] It can engage all threats flying within five kilometers using a Command-to-Line-Of-Sight (CLOS) guidance system. The Pegasus air defense system combines the proven Crotale NG S-Band surveillance radar and Ku-band tracking radar, infrared cameras, and Identification Friend or Foe (IFF) technology to provide a system capable of detecting, tracking, and intercepting up to 20 airborne targets.[ii] This air defense system is intended for protection of industrial facilities, infrastructures, mobile military units, ports, and airports that are found in mountainous terrain.[iii]

The Pegasus is strategically valuable, in part, because of its ability to defend in nearly any situation. The air defense system is workable in day/night, all-weather conditions, and heavy clutter and jamming environments.[iv] It is also capable of operating in extreme environments that could include attempts at electronic countermeasure jamming (ECM) or nuclear, biological, chemical (NBC) contamination, making it an important layer of defense in high tension areas.[v]

2009: The second batch of K-SAM Pegasus systems including the upgraded Crotale version was delivered into service.