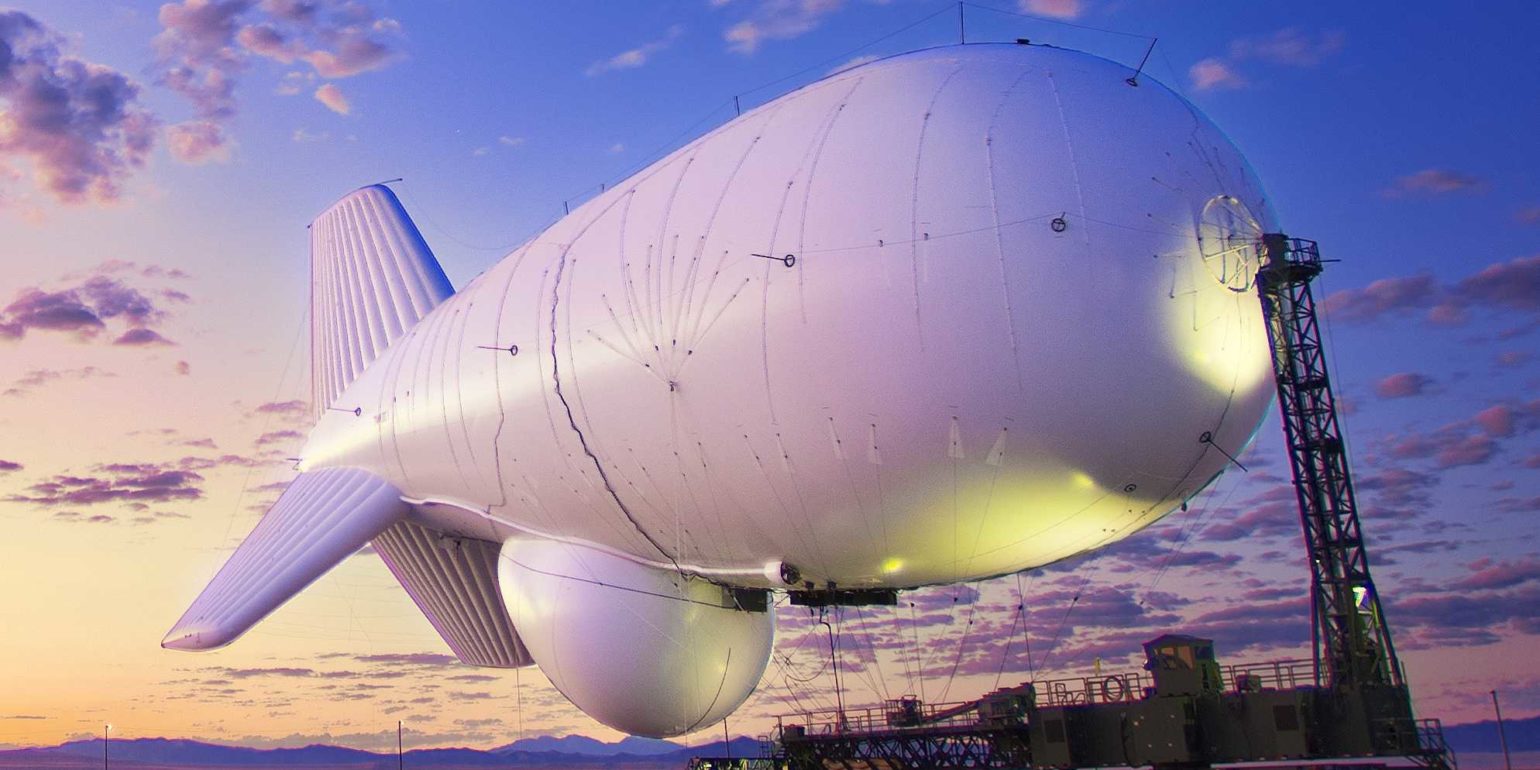 The Joint Land Attack Cruise Missile Defense Elevated Netted Sensor System or JLENS consists of two large, unmanned, helium-filled aerostats that carry a radar system designed to detect and track threats such as cruise missiles, drones, aircraft, large caliber rockets, vehicles, and maritime surface vessels. The JLENS aerostats can float up to 10,000 feet and provide 360 degree coverage for an area approximately the size of Texas. It can also detect threats over the horizon, up to 340 miles away, and can stay airborne for up to 30 days providing 24/7 continual protection. [1] JLENS also integrates with defensive systems such as the Patriot missile defense system, the Standard Missile 6 (SM-6) employed by Aegis BMD systems, Advanced Medium Range Air-to-Air Missiles (AMRAAM), and the National Advanced Surface-to-Air Missile System (NASAMS), as well as other command and control and defensive systems. [2] 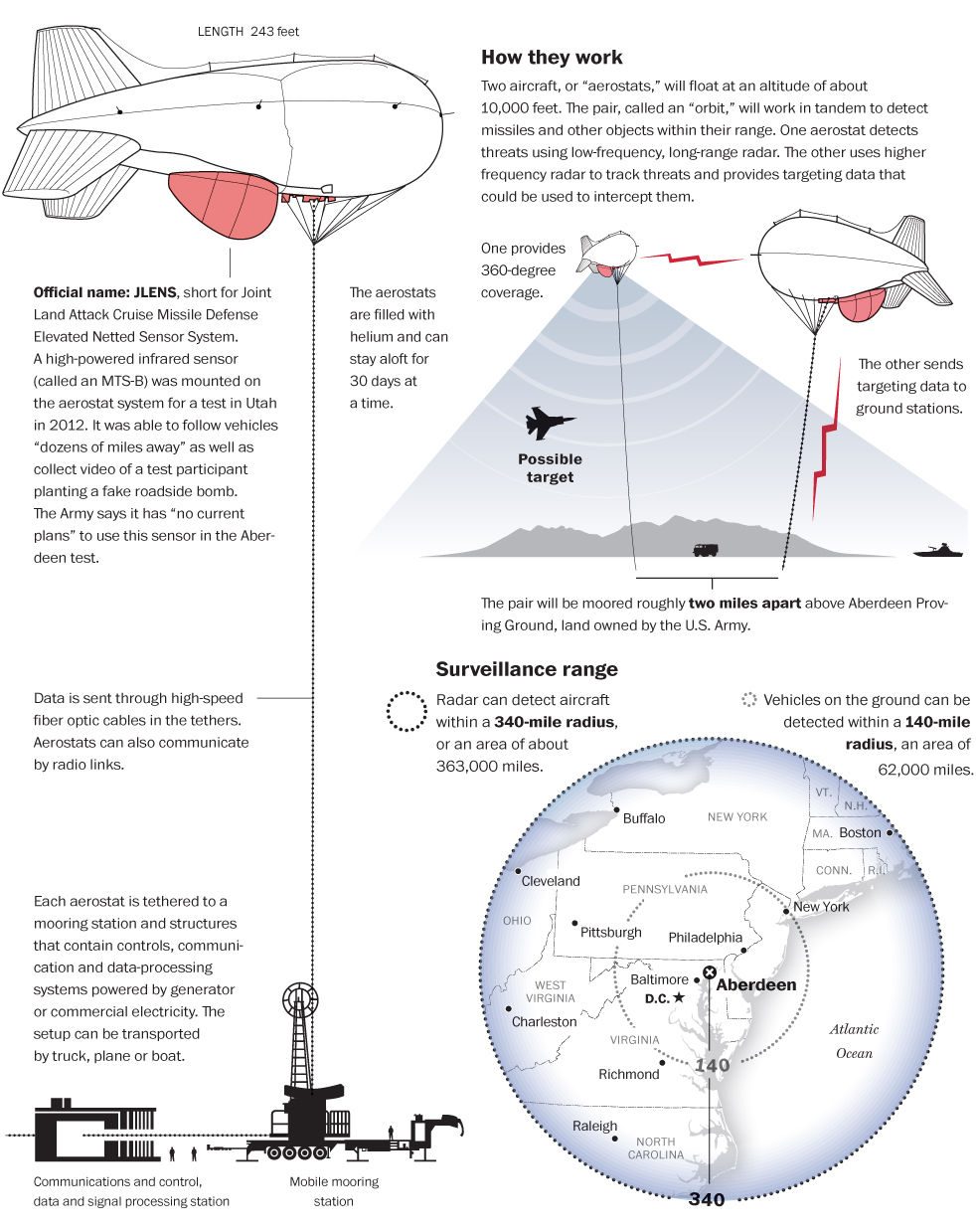 The JLENS system is deployed as a pair of aerostats: one carrying surveillance radar systems and the other carrying fire control radar systems. In December 2014, the first surveillance aerostat was moored at Aberdeen Proving Ground (APG) near Baltimore, Maryland with the fire control aerostat deployed several weeks later. The North American Aerospace Defense Command (NORAD) is leading the three-year operational exercise of the JLENS along with the Army’s A Battery, 3rd Air Defense Artillery under the U.S. Northern Command.

The potential applications for JLENS go far beyond homeland cruise missile defense, and it has shown value in detecting and relaying information, and integrating with other deployed sensor and missile defense systems. JLENS ability to cover up to 340 miles makes it appealing for use by Combatant Commanders to protect deployed troops and track and identify potential targets. JLENS can operate 24/7 and stay afloat for up to 30 days at a time, which makes it a prime surveillance tool to replace reliance on surveillance aircraft, which operate at a higher cost and are restricted by refueling needs. JLENS ability to track vehicles and surface ships also increases its potential for deployment in regions such as the Middle East.

The JLENS system also has applications to protect U.S. and allied forces in the Pacific. Deployment of JLENS could allow the U.S., South Korea, and Japan to monitor, not only potential missile launches from North Korea, but also to identify and track its mobile launchers and surface ships that may pose a significant threat. JLENS would be able to integrate with already deployed missile defense systems such as Aegis BMD ships and Patriot batteries, as well as possible future defense systems in the region such as the Terminal High Altitude Area Defense (THAAD) system. JLENS use in the Pacific could also protect U.S. forces and ships from the cruise missile threat emanating from countries such as Russia and China.