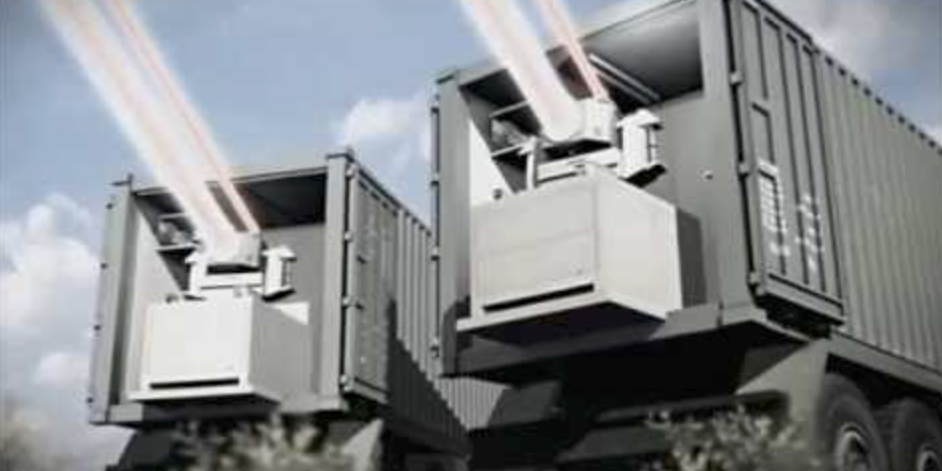 Iron Beam is a directed energy laser air defense system designed to complement the Iron Dome missile defense systems deployed in Israel.[i]The system uses a high-energy fiber optic laser to destroy airborne objects within four to five seconds of firing.[ii]Current power levels of the lasers are in the tens of kilowatts and are expected to increase for greater destructive capability.[iii]

The system consists of an air defense radar, a command and control unit, and two High Energy Laser (HEL) systems. It is designed to target short-range rockets, artillery, and mortars.[iv]

It was first revealed to the public at the 2014 Air Show in Singapore.[v]

Iron Beam will be used to complement the Iron Dome system by targeting threats that fly on too short a trajectory for Iron Dome to intercept.[vi]Because it uses directed energy interceptors, the system will cost less to operate than a conventional kinetic option would. Other benefits include an unlimited organization, lower operational costs, and less required manpower.[vii]Rafael Advanced Defense Systems, the developer of the system has said that test data shows a success rate of more than 90%.[viii]

February 2014:Iron Beam is unveiled to the public at the Singapore Air Show.[ix]

2009:Development begins on the Iron Beam.[x]