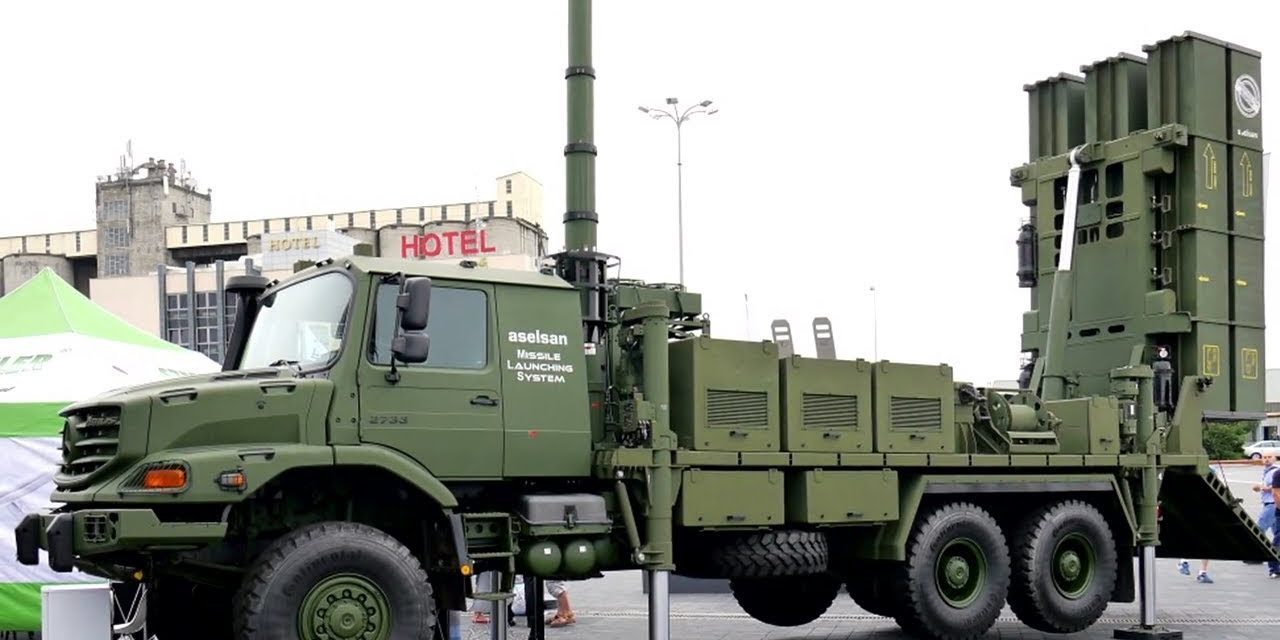 HISAR-A: HISAR-A is a Turkish low-altitude air defense system based on an FNSS ACV-30 tracked vehicle chassis armed with four vertical launched missiles. It utilizes the KALKAN Air Defense radar paired with an electro-optic/infrared (EO/IR) system, allowing it to operate as an independent standalone system without the need to operate as a battery with a separate Fire Control System (FCS).[i]

HISAR-O: HISAR-O is a Turkish medium-altitude air defense system that utilizes infrared homing for guidance. It is mounted on a Mercedes-Benz Zetros chassis. It features modular and design and can be vertically launched if needed. HISAR-O is dual-purposed; it can perform missions autonomously using a medium-altitude 3D search radar or operate as part of a battery using a fire control unit.[ii]

Both HISAR missile systems were developed to protect military bases, ports, facilities and troops against threats from the air and are designed to be compatible with different platform integrations.[iii]

HISAR-A is strategically valuable because it offers configurations that allow for autonomous firings. It also has the capability to engage multiple threats at once making it an important air defense system for operation during war time.[iv] It’s advanced threat evaluation weapon assignment capability allows for Turkish Defense Forces to quickly assign threat priority levels to incoming weapons, allowing them better chances at intercepting the most critical threats.

HISAR-O offers remote operation and quick ready-to-fire missiles enabling quick responses to aggression by enemy forces. It can be used to defend fixed positions or placed on a truck to travel to critical locations when needed, making it a very versatile system.[v]

2020 (expected): HISAR-O is expected to enter service with the Turkish Armed Forces.[vi]

July 2014: The first flight test of the HISAR-O missile system was performed.

September 2008: A subsequent request for proposals was issued.

April 2007: The Turkish Undersecretariat for Defence Industries issued a request for information to meet a low to medium altitude air defense requirements.[viii]