Per a U.S. Air Force review, “the RQ-4 Global Hawk is a high-altitude, long-endurance, remotely piloted aircraft with an integrated sensor suite that provides global all-weather, day or night intelligence, surveillance and reconnaissance (ISR) capability.”[i] The Global Hawk is operated primarily by control squadrons based at Beale Air Force Base in California and Grand Forks Air Force Base in North Dakota, but has been deployed worldwide to assist in operational success and intelligence collection since 2001.

The Global Hawk is the only Air Force craft able to maintain 32+ hours of continuous flight. This ability, combined with the various intelligence collection systems of the three blocks, gives the Air Force vast capabilities to conduct reconnaissance in any region of the world. Furthermore, using an unmanned aerial vehicle such as this eliminates the risk of sending a human reconnaissance team to dangerous locations. The Global Hawk has been deployed in several key missions to date, including Operation Enduring Freedom, Operation Iraqi Freedom, and Operation Tomodachi in Japan. [i]

Deployment of the Global Hawk greatly expands the ability of the Air Force to surveil any number of high-value targets without the risk of having troops physically on the ground. Its advanced sensor and radar systems provide greater accuracy in intelligence collection than prior systems. It is possible that the Global Hawk will be deployed in the future as a missile defense instrument as well, able to detect launch sites and provide imagery of program development locations.

2011: Germany purchased a variant of the Global Hawk, renamed the RQ-4B ‘EuroHawk’[ii] 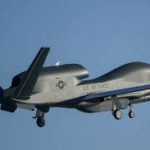 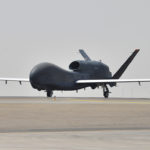 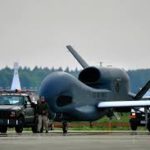 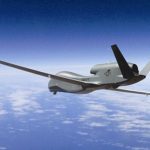