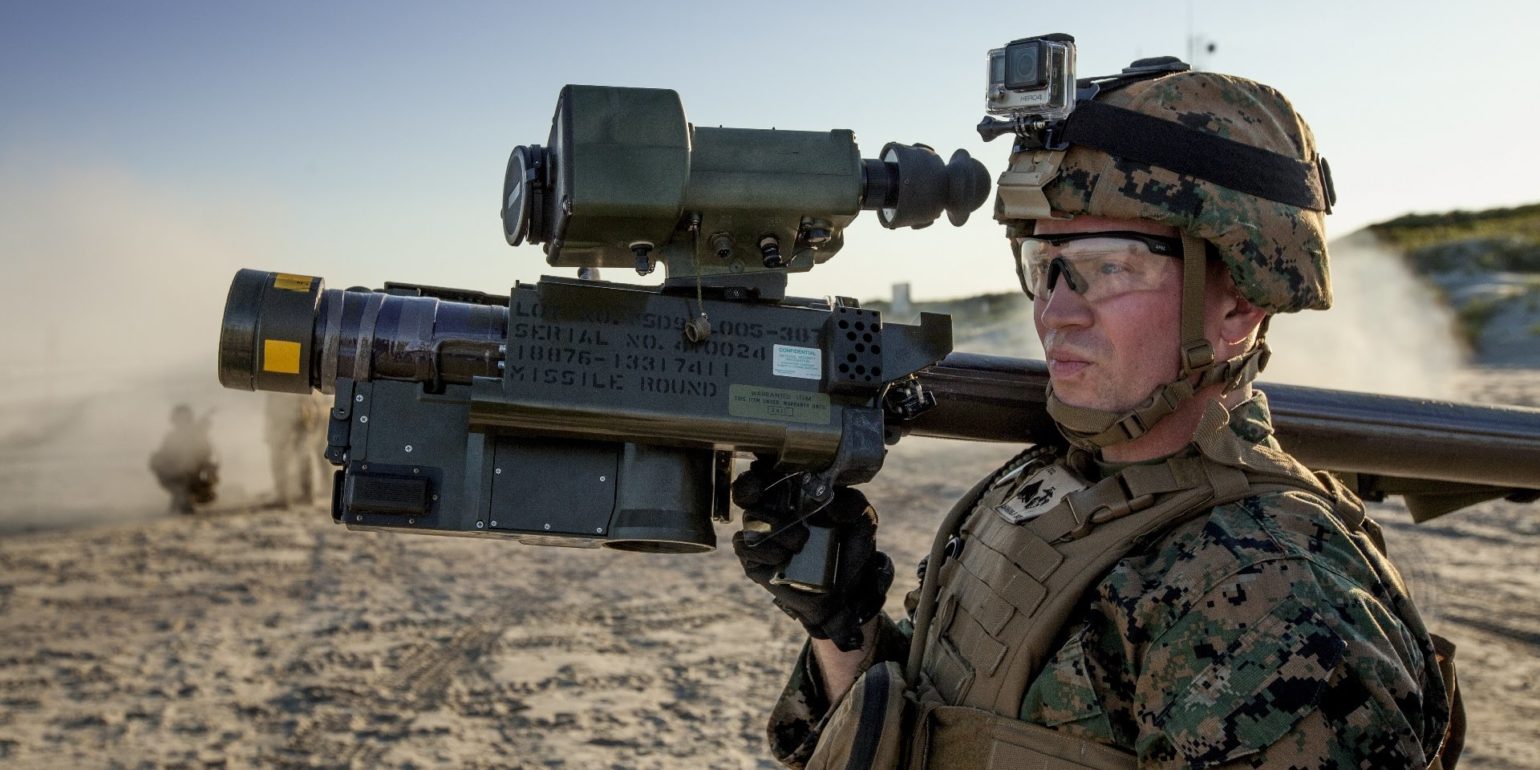 The FIM-92 “Stinger” is a short-range man-portable air defense system (MANPADS).[vii] The stinger was designed to provide air defense capabilities to U.S. and allied troops when forward deployed and thus eliminate the immediate need for air support should an enemy aircraft threaten the troops. The FIM-92 Stinger served as a replacement to the FIM-43 Redeye. The stinger entered service in 1978 after nearly 10 years of development and delays. Since then, there have been multiple upgrades and modifications made to the stinger.

FIM-92A: Original stinger system, which replaced the redeye. Originally considered the “redeye II,” the 92A involved an upgraded infrared system than its predecessor. The upgraded infrared homing guidance system was designed to discriminate countermeasures more effectively than the redeye’s system. Since the creation of the FIM-92 there have been multiple upgrades to include the FIM-92B in 1983, the FIM-92C in 1987, the FIM-92D in, the FIM-92E in 1992, the FIM-92F in 2001, and the latest model, the FIM-92G.[viii]

The stinger has also been modified to be used in  ground-based air defense systems such as the M1097 “Avenger” and  adapted to airborne-based platforms such as the AH-64 “Apache” helicopter.[ix]

The stinger provides air defense for light infantry (not protected by armored vehicles) platoon size elements during missions and “outside the wire” activities. This capability allows air defense at the tactical level, offering U.S. and allied troops a way to defend themselves from aerial attack, while offering the mobility a light infantry unit needs to conduct its missions. Without the stinger, the platoon would not be able to defend themselves against an aerial attack without armored vehicles or tanks.