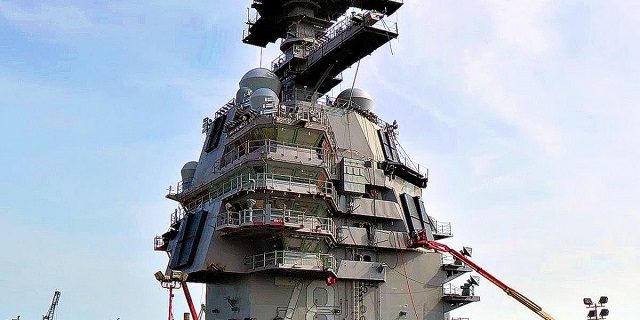 The Enterprise Air Surveillance Radar or EASR is the US Navy’s next generation radar for aircraft carriers and amphibious warfare ships. It will provide simultaneous anti-air and anti-surface warfare, electronic protection, and air traffic control capabilities.[i] EASR is built on Radar Modular Assembly (RMA) technology. Each RMA is a self-contained radar in a ‘2x2x2’ box that can integrate with each other to create radar arrays of various sizes depending on current needs.[ii]

Two variants of EASR will be provided:

EASR is meant to be the replacement for the Volume Search Radar for the CVN 78 class and the AN/SPS-48 and AN/SPS-49 radar systems for numerous other ship classes.[iv]

Strategically, EASR is a valuable radar because it is 20% smaller than the radars it is replacing, but just as capable and sensitive to incoming threats. Its smaller size frees up space on a ship or aircraft carrier for other necessities.[v] Beyond that, EASR is capable of operating in high clutter, near-land, and in electromagnetic interference environments. These capabilities make it a valuable radar in areas with a high chance of interference. Its built-in cyber resiliency also offers protection against the possibility of cyber-attacks during operations.

August 2016: Raytheon is awarded a contract for the US Navy’s Enterprise Air Surveillance Radar.[vii]