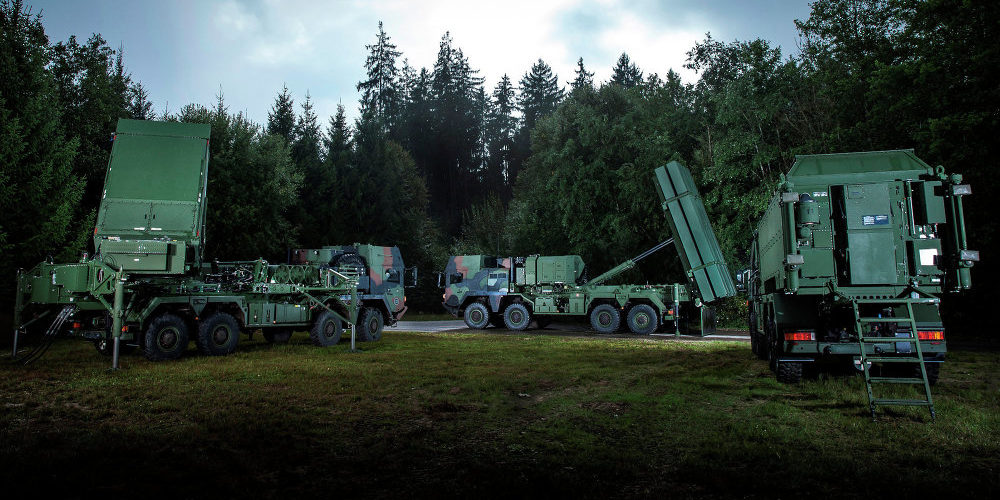 The Enhanced Modular Air Defense Solutions System or EMADS is a rapidly deployable point and area air defense system designed to protect mobile and static high value assets.[i]It is a vertical launch system, which enables 360-degree coverage in all launch sectors and is compatible with any surveillance sensor for targeting.[ii]

The system operates the Common Anti-air Modular Missile as a part of a modular design to compact the system and increase its flexibility.[iii]The compact and modular design allows for multiple weapons to fit in limited spaces and for the functionality to be tailored to meet different customers’ preferences.[iv]

The common launcher used in EMADS was designed for the Land Ceptor, which is the launch configuration of the system.[v]EMADS also features other system components such as a flexible command and control system that is capable of being installed in the launcher, within radars, or a separate Tactical Operations Center.[vi]

The EMADS system incorporates advanced technologies to protect against all known and projected air threats. It was designed for interoperability with existing and also future ground-based air defense C2 systems. This makes it a valuable system in supporting an integrated air defense structure. It’s soft vertical launch technology provides a minimum launch signature but still guarantees high performance. Because it uses the CAMM family of missiles as interceptors, it can perform in all weather conditions and is not disadvantaged by saturation attacks. EMADS is designed to maintain its effectiveness into the future and will be able to defend against new developments in the threat landscape.

September 2017:The Land Ceptor makes it show debut at DESI 2017 in London, England.[viii]