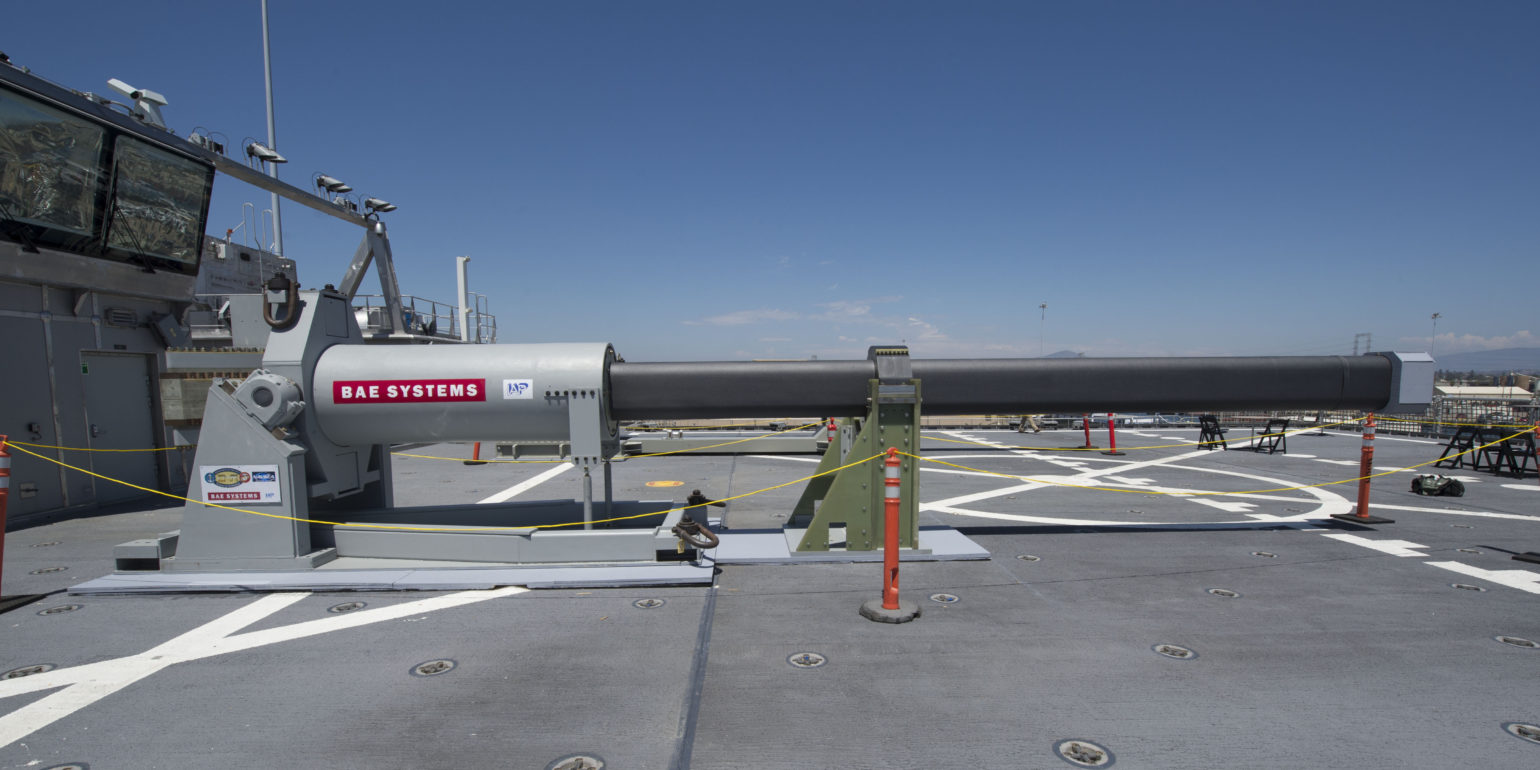 The EM Railgun is a long-range weapon that fires projectiles using electricity in the form of electromagnetic propulsion. Magnetic fields created by high electrical currents accelerate a sliding metal conductor, or armature, between two rails to launch projectiles from zero to mach 6 in about 10 milliseconds.

The EM Railgun is planned to be mounted on a ship and will store electricity generated by the ship over several seconds in the pulsed power system, then send an electric pulse to the railgun creating an electromagnetic force and launching the projectile.

The Projectile weighs roughly 23 lbs and uses the extreme speed and kinetic energy on impact to eliminate the threat. The use of kinetic energy eliminates the hazards of high explosives in the ship and unexploded ordnance on the battlefield.

The EM Railgun project is finishing up its testing phase and is awaiting a decision on whether it will enter the at-sea prototype phase or be outfitted directly on a Zumwalt-class destroyer.