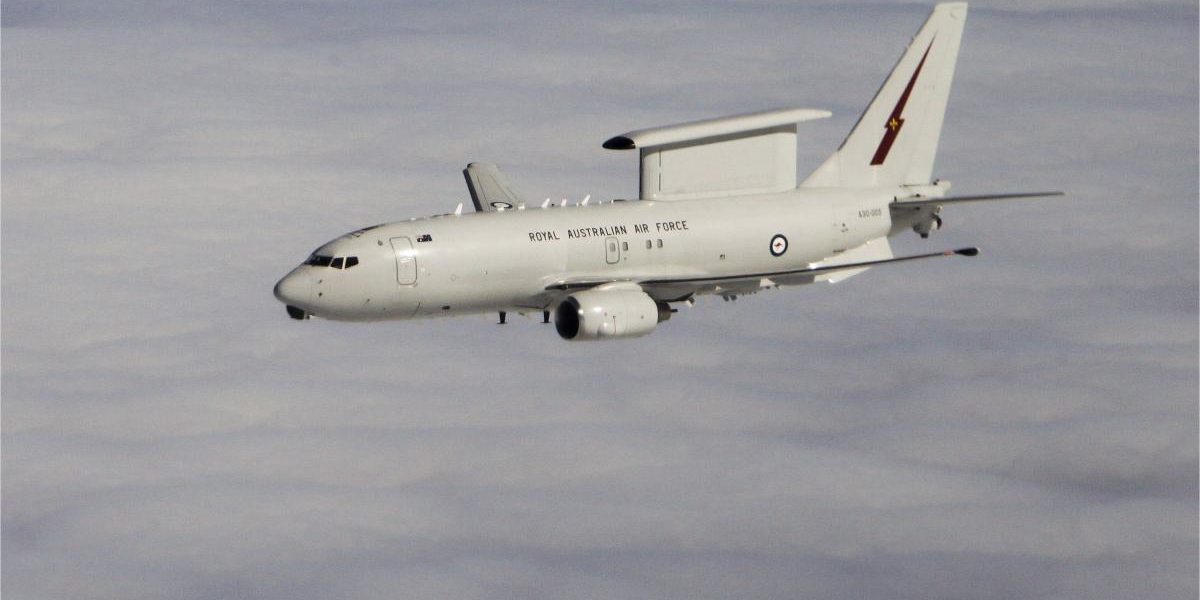 The Boeing 737 Airborne Early Warning and Control (AEW&C) airframe, known as the E-7, is an air battlespace management platform, capable of detecting airborne threats including hostile aircraft and cruise missiles. Four countries operate the E-7: the Australian air force was the first to purchase the system, and has designated it the E-7A Wedgetail; the South Korean air force operates it under the name “Peace Eye”; the Turkish air force designates their four E-7s as the E-7T Peace Eagle, and the United Kingdom’s Royal Air Force operates it as the Wedgetail AEW1.

The E-7 consists of a Boeing 737-700 airframe, with the addition of a Northrop-Grumman produced Multi-Role Electronically Scanned Array (MESA) radar. This radar, which is fixed unlike the rotating radome of the E-3 Sentry (AWACS), has 360 degree capability with a 200+ nautical mile range in all weather conditions. The Australian air force deployed its Wedgetails to the Middle East for Operation Okra in support of the coalition fight against ISIS.

Air Force Chief of Staff, Gen. Charles Q. Brown, Jr., stated at the Air Force Association symposium that the service is “doing analysis” regarding procuring the Wedgetail. This comes after Pacific Air Forces commander Gen. Kenneth Wilsbach called for the Air Force to replace its aging E-3 Sentry fleet with the E-7.

The E-7 can direct and manage the battlespace, including incoming cruise missiles, at a bird’s-eye view, and serve as a strategic early-warning system. As a domain awareness platform, it eases access of our advanced fighters into anti-access, area-denial (A2/AD) areas.