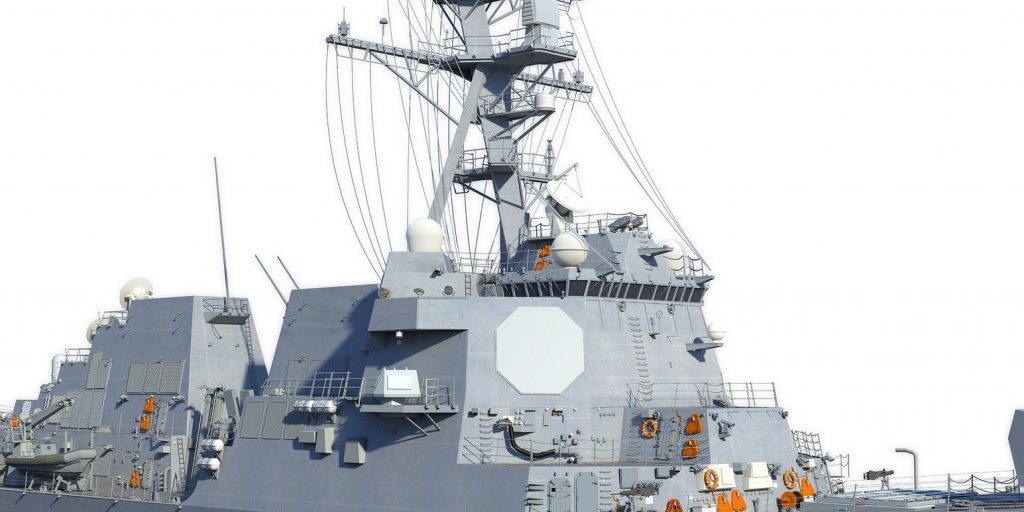 Currently being tested and manufactured is the latest and best system in the SPY series of missile defense radars: The Air and Missile Defense Radar (AMDR) – AN/SPY-6 (V). AN/SPY-6 greatly improves capabilities of DDG-51 and Aegis allowing them to detect air and surface targets as well as the growing threat of ballistic missiles, using next generation integrated air and missile defense S-band AESA radar.

In addition to being scalable for any size aperture or mission requirement, the AMDR is over 30 times more sensitive than the AN/SPY-1D(V), which maximizes the effectiveness of weapon system’s engagements against large and complex raids. This sensitivity will allow AMDR-equipped Flight III destroyers to maintain thorough radar coverage at twice the distance provided by today’s SPY-1D(V) radar.[iv] It’s adaptive digital beamforming and radar signal processing functionality further improves the radar’s ability to function in adverse conditions. It is also reprogrammable for different missions and constantly evolving threats. AN/SPY-6 is designed to provide coverage against numerous air and missile threats, making it the ideal radar system for vessels operating in constested regions around the world.

The AMDR program is nearing 80 percent completion. Its design is fully finalized and only a couple software builds are required for it to become operational. In July 2016, the U.S. Navy and Raytheon began testing of AMDR at the Pacific Missile Range Facility in Hawaii. Over the course of a year, Raytheon plans to put AMDR through its paces with live fire, anti-air warfare, and ballistic missile defense testing.[v] After this, the system will undergo combat system validation at the Navy’s Surface Combat Systems Center on Wallops Island.[vi] AMDR AN/SPY-6(V) is progressing on schedule and set for IOC by 2023.