It’s All About North Korea

Today, North Korea has three ballistic missile platforms – the Hwasong-12 (Link), the Hwasong-14 (Link), and the KN-08 (Link) – that can carry a successfully developed and tested hydrogen bomb (Link), made to fit exactly inside these three missiles’ nose cones (Link), to deliver the hydrogen bomb to United States territory and kill close to one million people (Link). This weapon, which can be detonated in space, in atmosphere, and on the surface with effects of thermal radiation, blast, nuclear radiation, and gamma rays.

All three of these North Korea ballistic missile platforms use solid-fuel rocket engines for the first stage, which is far superior, faster, and exponentially more reliable than liquid-fuel engines on other North Korean ballistic missiles, that have consistently failed in testing. Each of these ballistic missile platforms are also very mobile because of their demonstrated use of transporter erector launchers (TEL) (Link). The use of solid-fuel and mobility of these missiles allow North Korea to hide them underground or inside mountain shelters to guarantee the missiles’ survivability against potential preemptive strikes and provide no telltale signs or overhead cueing for intelligence gathering to allow the predictability of a potential launch like the North Korean liquid-fueled ballistic missiles of the NoDong and Musudan.

Based on the July 28, 2017 test launch of the Hwasong-14, Dr. David Wright (Link) determined this is how long it would take North Korea to deliver a hydrogen nuclear bomb on or above the territory of the United States.

NOTE: The times for San Francisco, Seattle, and Las Vegas are estimates not from the article.

This year North Korea has tested the Hwasong-12 five times (April 5, 16, 29, May 14, and August 29). The two most recent tests were successful and demonstrated the missile has a range capable of striking Guam. 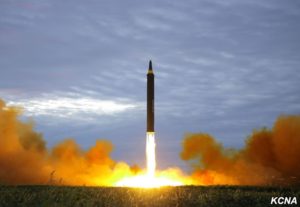 This year North Korea has successfully tested the Hwasong-14 twice (July 4 and 28), which demonstrated the missile has a range capable of striking Hawaii, Alaska, and the western and mid-western United States. 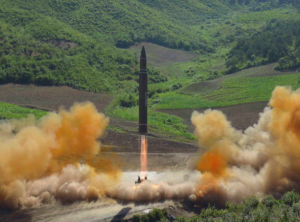 The KN-08 has yet to be flight tested, but has been displayed numerous times in North Korea’s military parades and state media, the first time was in the April 15, 2012 military parade and most recently in August 2017 with a new conceptual diagram. The KN-08 is a mobile ICBM that is believed to have a longer range than the Hwasong-14. 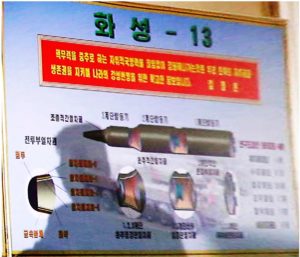 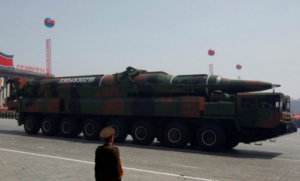 It is also to note that both the Polaris Submarine Launched Ballistic Missile (SLBM) and the Hwasong-12 were shown in North Korean parades and on their first test successful test. (Link to Polaris-1, Link to Polaris-2) 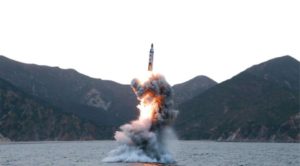 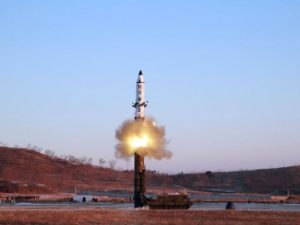 There is no accurate foundation or thesis in the world today that can prove that North Korea has indigenous technology in research, development, engineering and an industrial base capacity to create, develop, produce, deploy, and operationalize the atomic bomb, the hydrogen bomb, and the various solid-fuel ballistic missiles. China and Russia, the second largest proliferator and exporter of advanced weapons in the world today, have indirect technology transfer to North Korea as they sell their advanced weapons to countries that the United States will not sell to. The Russian exported version of the Iskander (SS-26), which is solid-fueled, has been sold to Algeria and Armenia.  The Chinese are selling eight submarines, believed to be variants of China’s Yuan-class submarines that are capable of launching SLBMs, to Pakistan, which this January tested its first nuclear capable submarine launched cruise missile (SLCM) – called the Babur-3. Today, the United States of America has a limited capability and capacity – that has the reliability and confidence to defeat today’s limited North Korean nuclear armed ballistic missiles – through investment, development, proven testing, and operational deployment. This was all done under constraining budgets and policies through three different U.S. presidents and their administrations, since the Missile Defense Act of 1999 (Link) that required the U.S. to operationalize and deploy a Ballistic Missile Defense (BMD) capability as soon as technically possible to defend the United States of America. The United States has a specific tested reliable and operationalized ballistic missile defense architecture that has confidence of the Combatant Commanders for the United States of America and Guam against North Korean ballistic missiles. 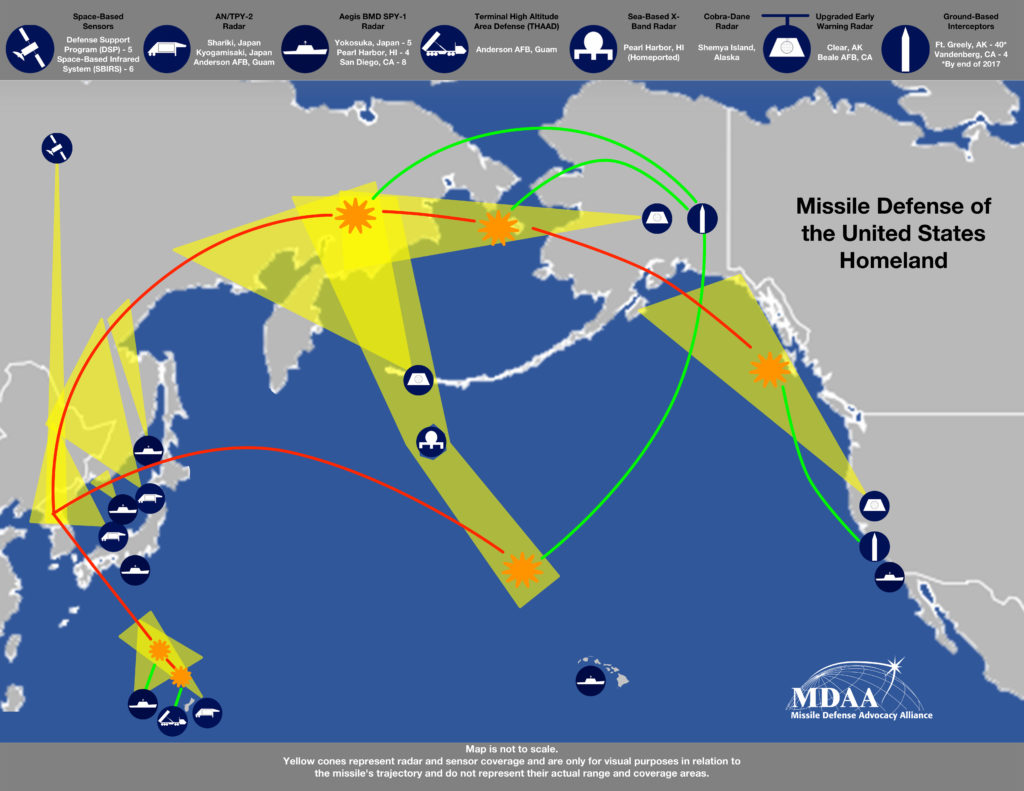 Click here to see a higher resolution version of the graphic.

Hit to kill, or kinetic kill vehicles, is the only means of assured lethality against warheads with sub munitions and weapons of mass destruction (WMD) such as nuclear weapons. A proximity fuse and blast fragmentation warhead on an interceptor would not destroy a weapon of mass destruction. The United States currently has four missile defense interceptors deployed and operational today, and one more within a year, that do hit to kill in space and/or the upper atmosphere for the defense of the United States and its territories:

This limited United States’ missile defense capability and capacity, as it stands today, will soon be overmatched by North Korean nuclear ballistic missiles in their unstoppable intent, their relentless testing, development, and mass production that is continued to be enabled by China and Russia of these weapons that is unabated and fueled by further isolation, preemptive U.S. military threats, and United Nations Consensus and international sanctions.

Expedient and exponential missile defense deployment in both capability and capacity, driven by robust and abundant testing is the only win-win option and the only “absolute” required option of all the “options on the table” for the United States of America to confronting and living with the nuclear rouge nation of North Korea and to preserve our way of life.

It is absolutely shocking that less than 0.23% of our Department of Defense’s military budget is spent on an active defense, for our population, from nuclear ballistic missiles. We are funding the offense and we are unbalanced in our priorities and resourcing for the nuclear ballistic missile defense of our people, our forward deployed troops, and our allies against the North Korean nuclear – both atomic and hydrogen – ballistic missiles that can threaten our people. If North Korea continues to go unchecked in both the advancement and selling of their technologies, then Iran and other rouge nations will soon also become nuclear, both atomic and hydrogen, ballistic missile capable that too could threaten the United States.

More than any time in the history of our nation, we as a nation need to have a exponential increase in robustness and layered missile defense system with significant capability and reliability, with abundant capacity.

We have to have it. We need more of it and we need it now.