November 20, 2018
Awardees and presenters at the 2018 Peninsula Missile Defender of the Year Award Ceremony at Osan AFB, South Korea on November 16, 2018.

We come together on the Korean Peninsula as one allied, joint team, with one fight to be the upmost prepared and in the best readiness so we never have to go to war and to continue to provide peace and stability on the Korean Peninsula where we have an armistice with North Korea. Having the best and recognizing the very best trained teams that provide the Korean Peninsula with 365 degree and 24/7 persistent operational missile defense against all North Korean ballistic missiles and air breathing threats provides a significant opportunity, as we witness today, for diplomacy, as well as deters and discourages conflict with North Korea and gives a top ten world economy and the thriving people of the Republic of Korea – peace, harmony, and stability.

These unheralded and understated Soldiers and Airmen, that fulfill this absolute and critical mission, are increasingly important for the solution of a denuclearized North Korea and stability if this big vision of formally ending the Korean War fails. These men and women, from both the United States of America and the Republic of Korea, with their excellence in readiness have enabled near 12 months of peace on the Korean Peninsula, absent of nuclear and ballistic missile testing by North Korea.

We recognized this tremendous achievement during our 8th annual Peninsula Missile Defender of the Year at Osan Air Base in South Korea last Friday evening. Where we honored and recognized the 35 best of the best air and missile defenders on the Peninsula this past year from the U.S. Army 35th Air Defense Artillery (ADA) Brigade, U.S. Air Force 607th Air Operations Center, and the Republic of Korea 2nd Air Defense Artillery Brigade.

This year has been extremely special for what has transpired for the missile defense community on the Peninsula, from capacity and capability to stability of the region. In memorial to the greatest missile defender of the Korean Peninsula, Lieutenant General Thomas Vandal, who led and was consumed with passion for the best readiness of the 8th Army and the 35th Air Defense Artillery (ADA) Brigade, the leader for the Terminal High Area Altitude Defense (THAAD) battery deployment and all of its challenges to be fully operational on the Peninsula, the historic first Patriot Missile Segment Enhancement (MSE) and Post-Deployment Build-8 (PDB-8) modernization for all Patriot batteries on the Peninsula and the deployment of an operational Patriot Battery to Camp Humphreys are his significant signatures of his impact as the greatest Peninsula Missile Defender. 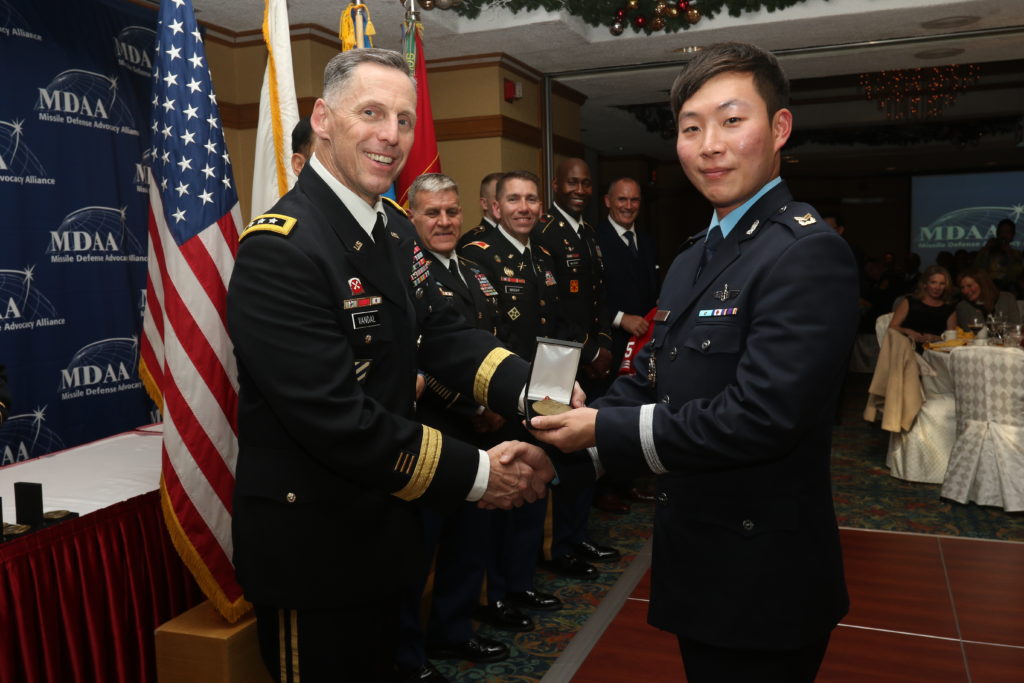 LTG Thomas Vandal presenting a defender of the year medal to a Republic of Korea Airmen during the 2017 Peninsula Missile Defender of the Year Award Ceremony on November 9, 2017.

We introduced an annual LTG Thomas Vandal Memorial Award for the best officer and best enlisted soldier in the excellence of leadership for the missile defense of the Korean Peninsula, that was first awarded last Friday evening.

To bring honor to each of these 35 leaders of excellence, Brigadier General Park Chan Sik, Republic of Korea 2nd Air Defense Artillery Brigade Commander presented, met, and recognized each Peninsula Missile Defender of the Year.

2018 Peninsula Defenders of the Year: 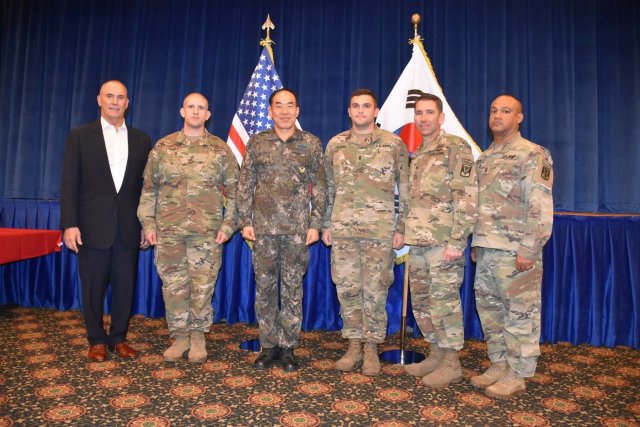 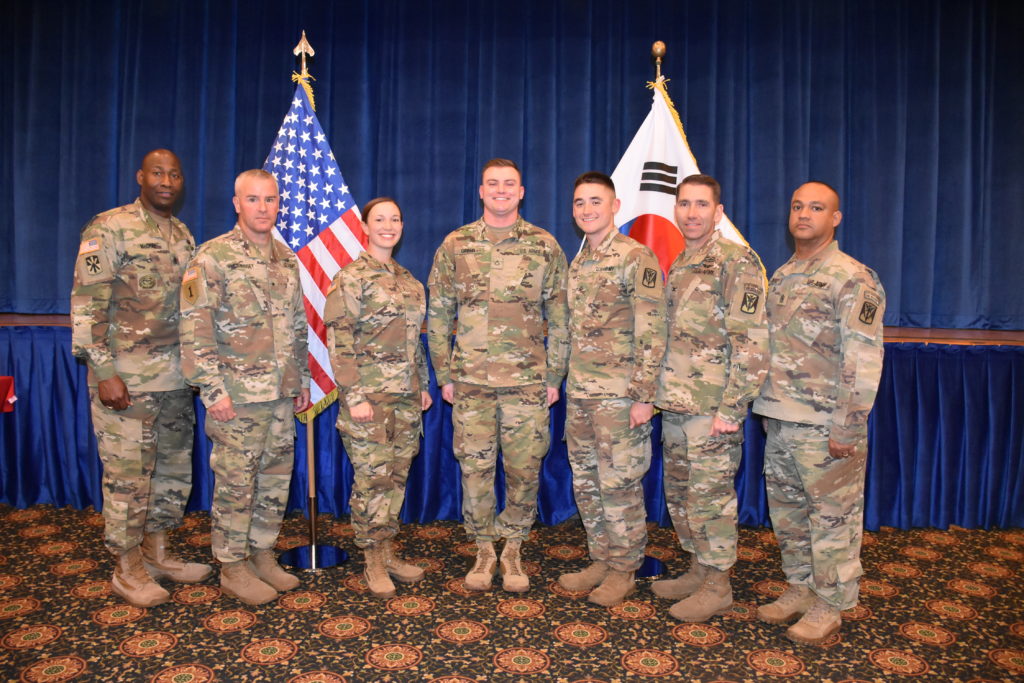 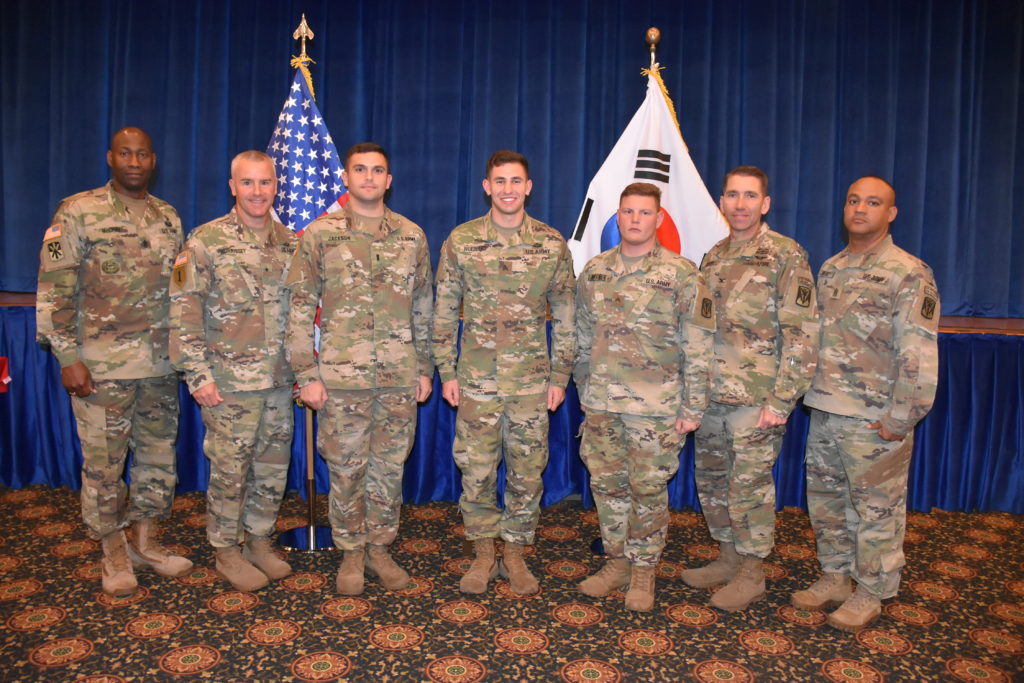 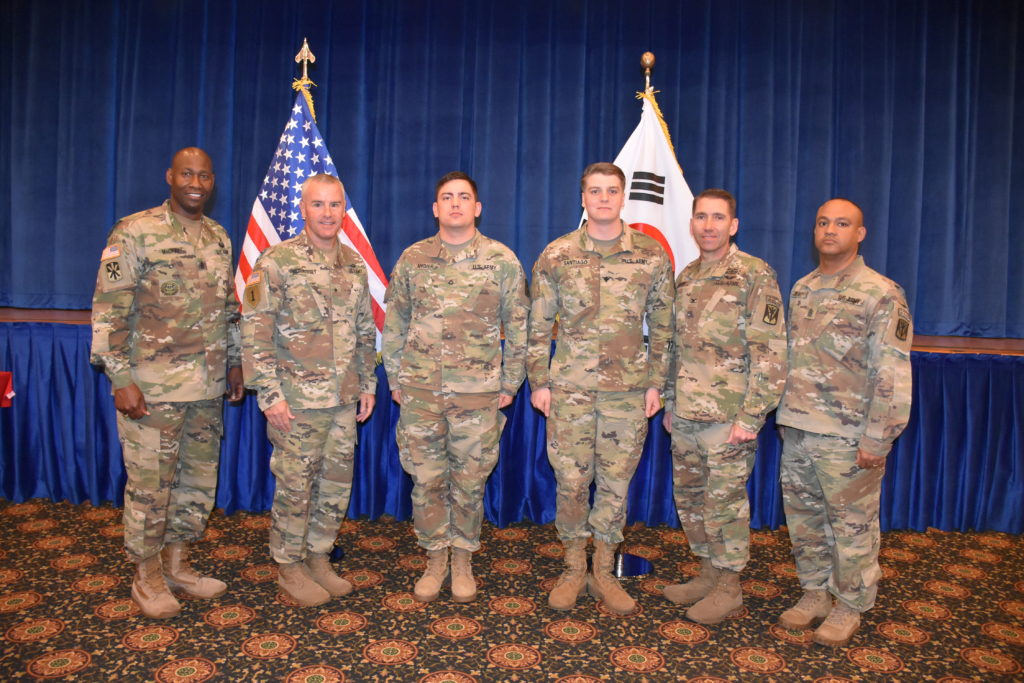 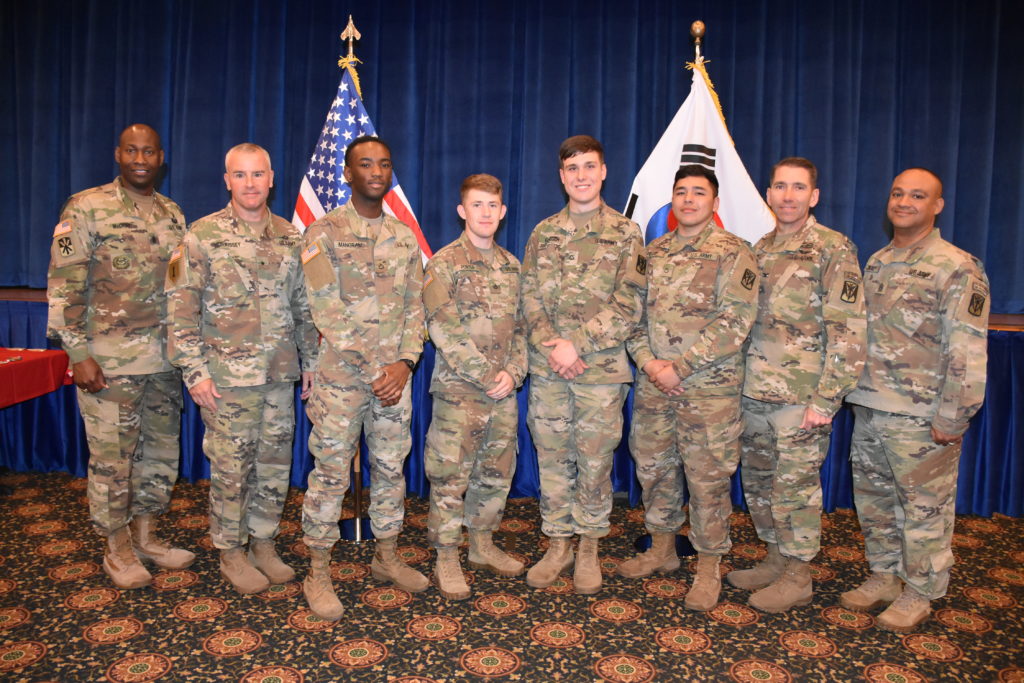 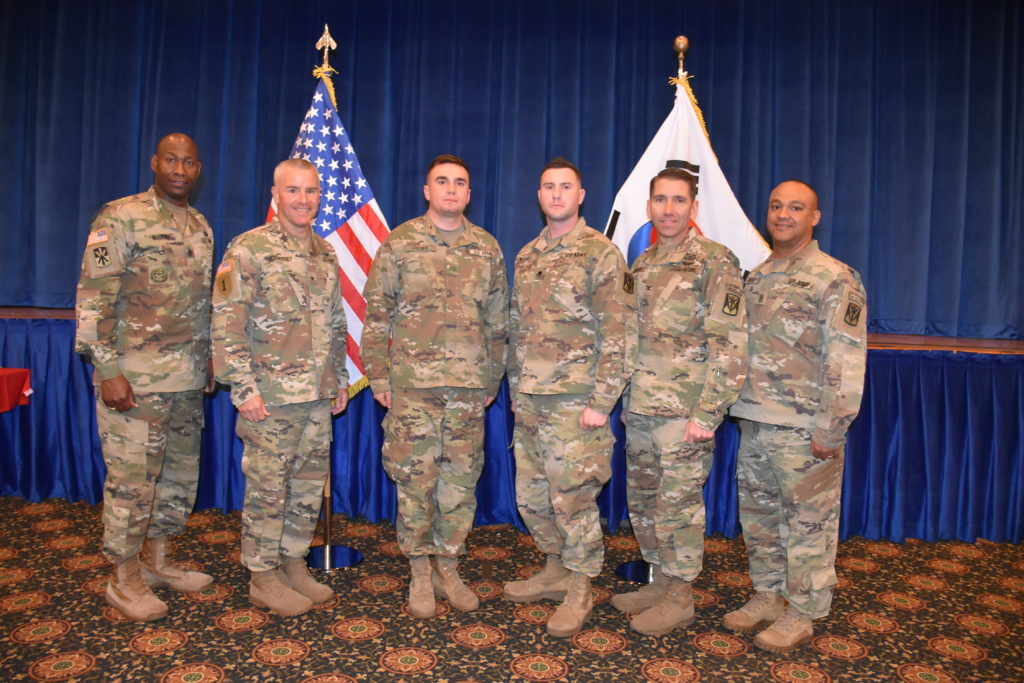 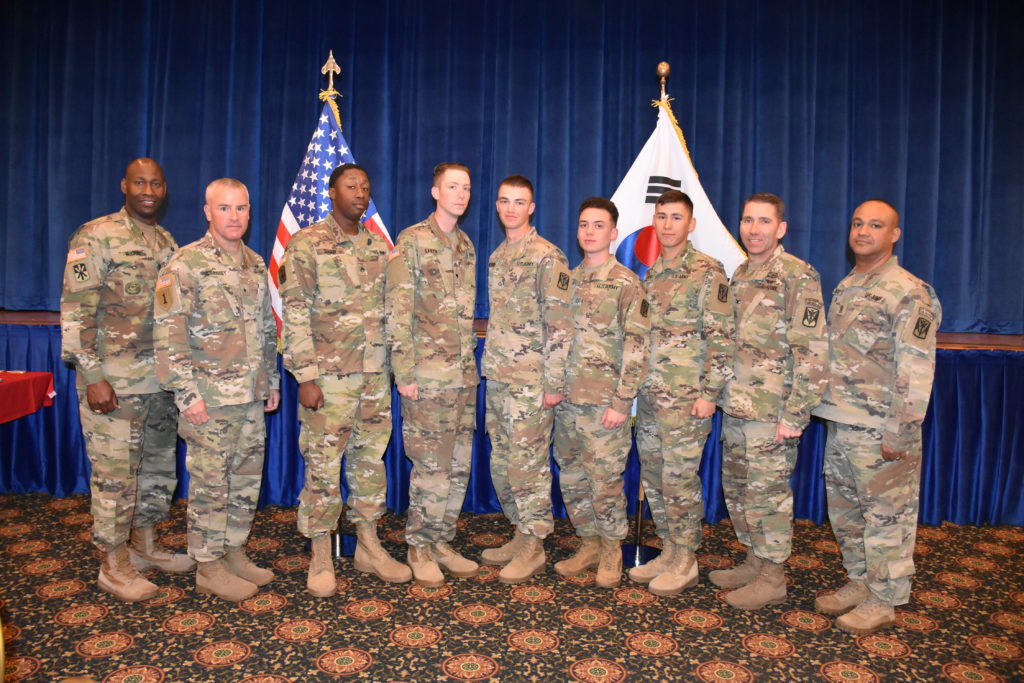 Avenger Crew from the 6-52 ADA 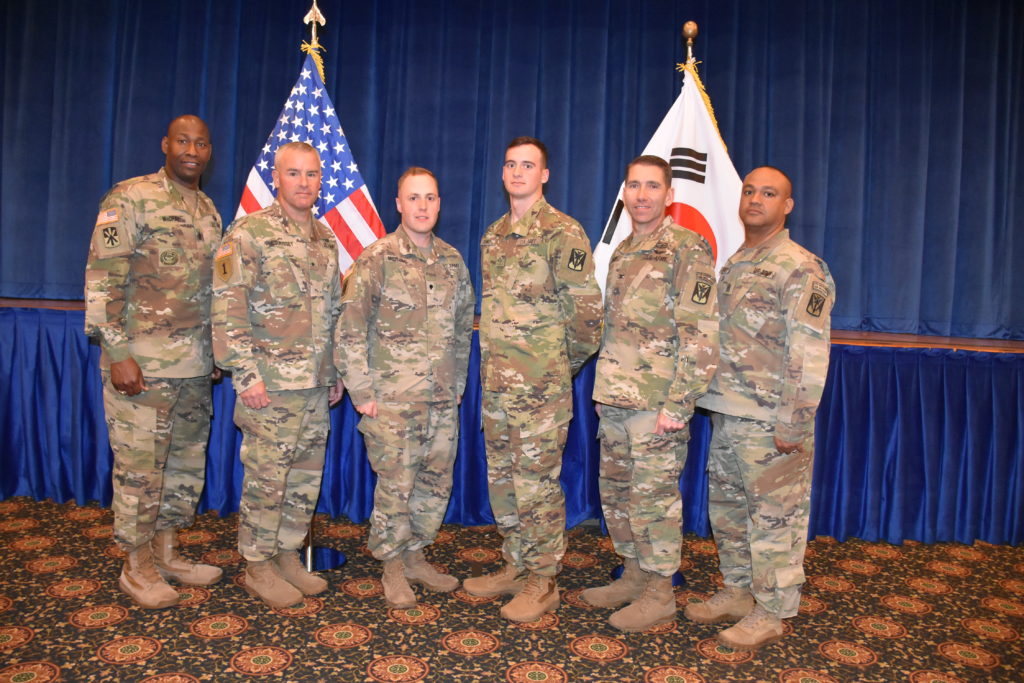 Sentinel Radar Team from the 6-52 ADA 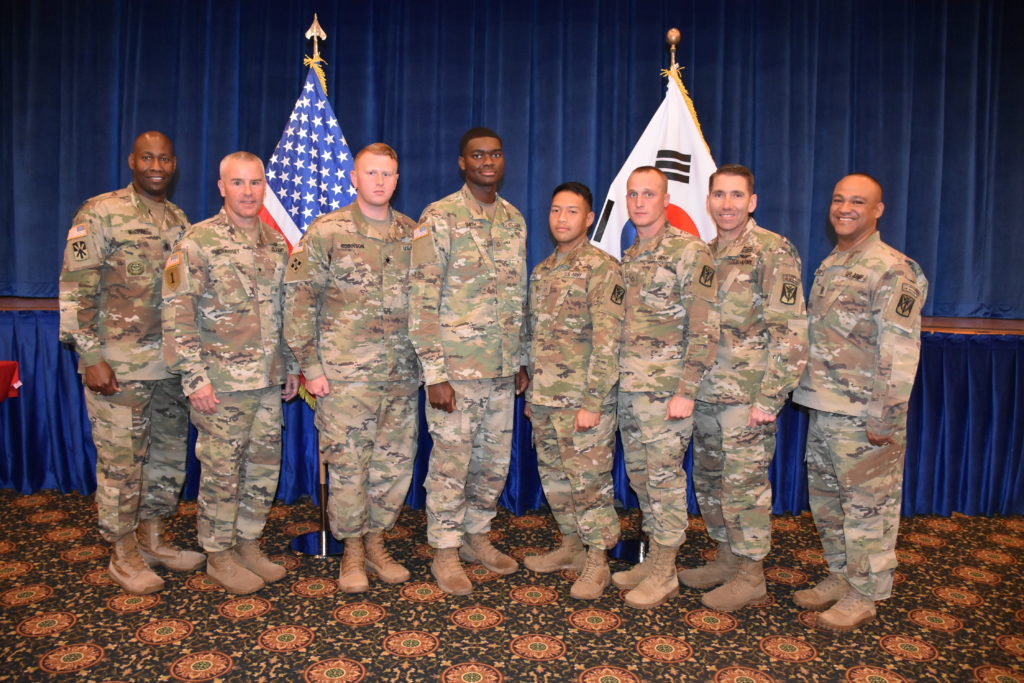 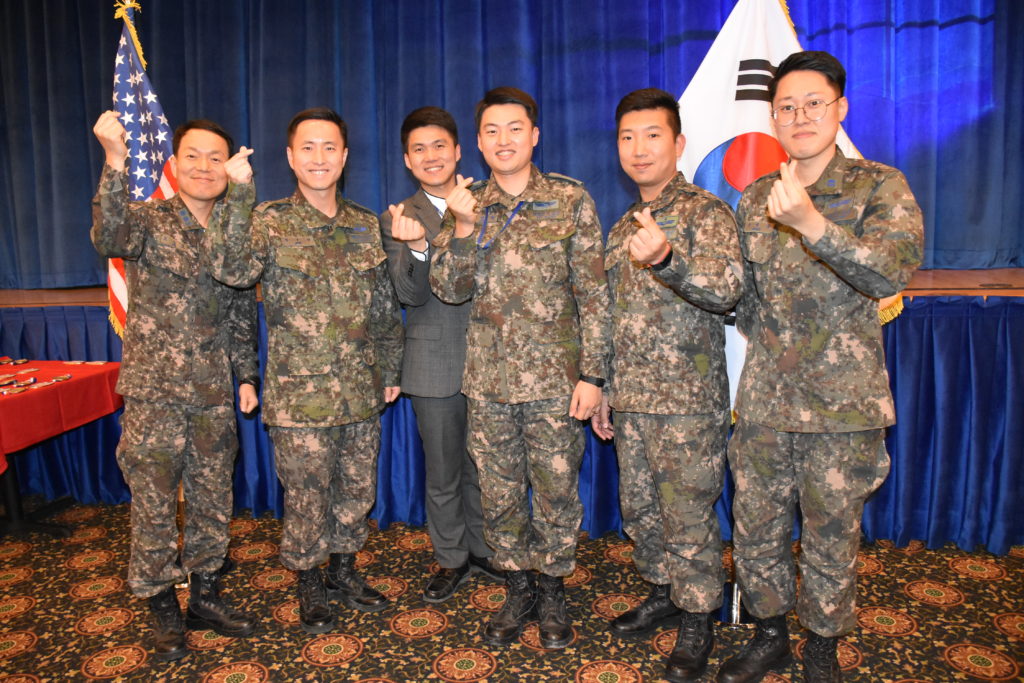