Japan and the United States have invested together a few billion dollars to develop and test a missile interceptor, the SM-3 Block IIA, that has inherent capability to defeat ICBM speeds and designed to go into the Aegis BMD weapon system on land and sea that is scheduled to be operationally deployed in 2018. It would seem timely and logical that the SM-3 Block IIA be tested against an ICBM speed representative target from Hawaii with the Aegis Ashore Site and the USS John Paul Jones (DDG 53) Aegis BMD ship. Thus, proving regional missile defense capability against the “lofted” ballistic missiles from North Korea to Japan and the Republic of Korea that can be put in the region rapidly. Hawaii and U.S. cities near the Pacific Ocean would also get the benefit of a proven second layer of missile defense protection underneath the limited GBIs that are being modernized by 2021 with the new Redesigned Kill Vehicle (RKV). Both Japan and the Republic of Korea are upgrading their Aegis BMD ships and Japan is planning to acquire four more Aegis BMD ships and two Aegis Ashore sites with the required capability to launch SM-3 Block IIA interceptors. 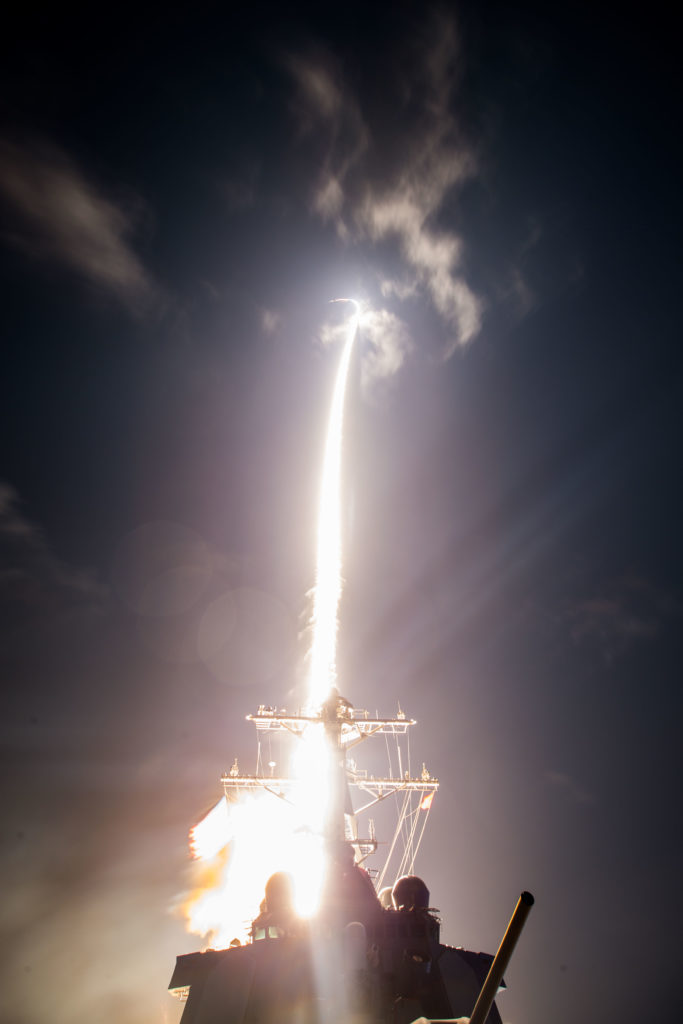 The best missile defense platform in the world today, providing multiple layers of missile defense – both organically and remotely – from SM3 Block IIA ballistic missiles in space to all the way down to close range air defense, with offensive counter strike as a bonus, is the Aegis Ballistic Missile Defense (BMD) ship with its Aegis combat system. That combat system for all 35 U.S. and four Japanese Aegis BMD ships in the oceans today along with an operational Aegis Ashore site in Romania has been developed, ground tested, and made within the state of New Jersey.

These Aegis BMD ships are deployed in the Sea of Japan to defend Japan and the United States homeland, in the Pacific to defend Guam, in the Arabian Gulf to defend the Gulf Cooperation Council (GCC) countries, in the Mediterranean to defend Europe and Israel, and are home ported in Norfolk, Virginia; San Diego, California; Rota, Spain; Yokosuka, Japan; Mayport, Florida; and Pearl Harbor, Hawaii. The Aegis Shore site in Romania is defending Europe and next year another Aegis Ashore site in Poland will further enhance the defense of Europe.

All of these Aegis BMD ships today are outfitted with SPY-1 phased array radars, Standard Missile-3 (SM-3) IB, SM-3 IA, SM-2, SM-6, Sea-RAM interceptors and a various range of combat system processors to enable full capability of these systems. The newest is the Baseline 9 with second generation BMD capability on nine U.S. Aegis BMD ships deployed today, that launch on remote, launch on remote for SM-3 exo-atmospheric interceptors, direct terminal engagements with SM-6 endo-atmospheric interceptors, and the upcoming SM-3 Block IIA interceptors that will provide significantly greater coverage. Baseline 9 provides greater processing power and fully integrated software for the ship to be multi-mission while performing ballistic missile defense missions. The remaining ships of the 105 Aegis ships in the United States Navy today, have a combatant commander requirement to outfit 77 Aegis ships with BMD capability. The U.S. government has shifted today to settle for 44 Aegis BMD ships primarily due to budgetary reasons. As the nation looks to building a 355 ship navy, the nation needs press for restoration and acceleration of Aegis Modernization to 4 ships a year and execute new construction ship plan to add an additional 37additional ships required by 2025 to approach the COCOM requirement the extreme tempo and demand for these ships..

Aegis BMD from the outset of when it was created in the 1970s as the ultimate air defender for the navy by Rear Admiral Wayne Meyer (Link) has been an outstanding performer and continues to do so today, not only in its regional missile defense, but as part of the overall architecture and its contribution to the homeland defense mission.

New Jersey also builds the Long-Range Discrimination Radar (LRDR) that will increase our current 44 GBI capacity as it reduces today’s shot doctrine. The LRDR is scheduled to be operational in Alaska in 2020.

Last Friday, we recognized and honored the best of the best that has brought forth capability that is operationally deployed to make our nation and allies safer around the world.

Congressman Donald Norcross, New Jersey’s 1st District, with Lieutenant General Samuel Greaves, Director of the Missile Defense Agency, to honor the New Jersey missile defense champions in their recognition and praise. It is a team game and one that all teammates contribute to win.

“So, when we look back to the years when Ronald Regan had that vision, called Star Wars, to the reality of what we see today, but understanding that challenge that faces us this very moment; it only takes the United States of America to bring that together.” – Congressman Donald Norcross, Congressman from New Jersey’s 1st District