North Korea Has Got It

Last night on July 28, North Korea asserted, validated, and demonstrated an Intercontinental Ballistic Missile (ICBM) capability to strike the United States of America and most of its major cities to the world at large (Link). This mobile, liquid fueled ICBM – called the Hwasong-14 – showed a re-entry vehicle that had North Korean nuclear weapon capacity is size and weight in the shroud of what was separated and propelled from a two stage missile to a apogee of 3,700 km,  with a 47 minute flight time, which then re-entered the atmosphere at the proper angle into the Sea of Japan (Watch video, from Mainland Japan, believed to be of the missile descending into the Sea of Japan) for a safe re-entry and landing on the earth’s surface.  The conservative range estimate of this North Korean Hwasong-14 mobile ICBM capability is around 9,500 km when put in an operational and energy efficient trajectory, proving most of the United States’ major cities are within range. 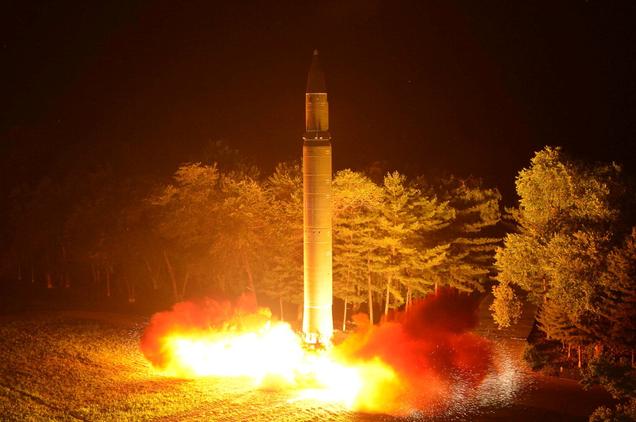 Earlier this month, on July 4th, this exact same mobile ICBM – with no technical differences to the one launched last night on the 28th of July – was flown to an apogee of 2,800 km and 39 minutes of flight time, demonstrating an operational range to strike Alaska and Hawaii. The ICBM capability and the range to strike Hawaii from the July 4th test was mistakenly doubted by Russia (Link) and open press sources that stated that this ICBM was not a ICBM nor was it clearly in range of Hawaii. North Korea clearly on its first test of this missile, the mobile Hwasong-14 on July 4th, controlled the liquid fuel burn in the first state of less altitude and less time to mitigate risk for success of its maiden flight. 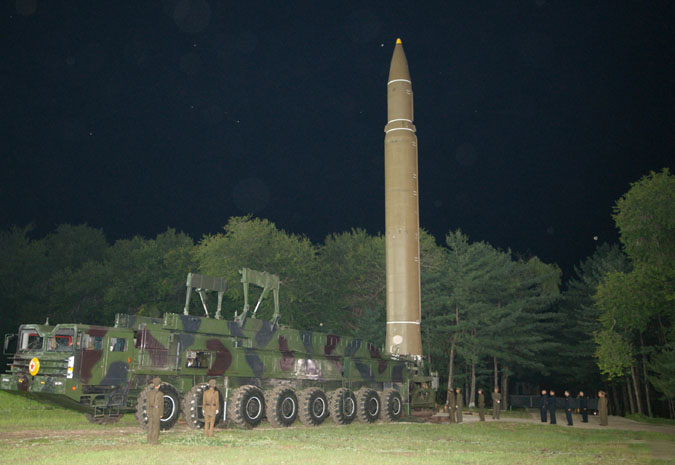 It is of absolute valid merit now and for the national security of the United States, and the leadership of this country accept the full responsibility of a North Korea Nuclear ICBM capability and change our current policy towards North Korea from prevention to a new policy of defense and deterrence against a rouge, nuclear capable, enemy nation to the United States of America. For if this is not resolved clearly and decisively by the President of the United States, then there will continue to be instability degradation of status quo, the strategic balance will be in jeopardy, and nuclear proliferation becomes a reality for both our allies and foes. The safety of the United States people is at stake.

We need to be strong, we need to lead and we need to protect our people, the very best we can from a rouge nation with nuclear ICBMs, that will be setting a precedent for others to follow.

Yes, North Korea is for real and yes, we as a nation must accept it, defeat it and provide clear intent of no tolerance for nuclear rouge nation capacity or capability in setting the stage for a safer world.