Could Of, Should Of, Would Of

August 29, 2017
Infrared image of the Airborne Laser (ABL) successfully destroying a short-range ballistic missile during its boost phase on February 11, 2010.

Today, North Korea blatantly launched and tested what is believed to be a Hwasong-12 intermediate-range ballistic missile (Link), overflying Japan’s northern island of Hokkaido, before landing in the Pacific Ocean with impunity – knowing that the missile could not be intercepted by either United States or Japanese missile defense systems and Japan could not and would not respond to this act of aggression. Japan has already tolerated four prior North Korean missile flights over their territories (Link). This illegal overflight, which is the 5th test of the Hwasong-12 this year and a missile easily capable of hitting Guam (Link), soared to the height of 550 kilometers – not higher, likely because of a cut off of its rocket engines – and broke up before falling into the Pacific Ocean beyond Japan.

All of these interceptors are designed and required to intercept in the terminal phase in lower space (Aegis) and in the earth’s atmosphere (Aegis/Patriot), they are not designed for midcourse space or boost phase and accent intercepts. Longer range North Korean ballistic missiles, tested and deployed today, can flyover these systems and interceptors when they are not deployed near the location of the ballistic missile’s terminal phase of flight. Further, these Japanese and U.S. missile defense systems, with limited capacity, are designated to defend a limited amount of high value targets and the Japanese population. These high demand interceptors are in short supply, expensive, and it would be ill advised to waste them against North Korean test missiles that are landing in the ocean.

Additional challenges are brought to the U.S. Navy because of the recent and unfortunate accidents of the USS Fitzgerald (Link) and the USS John McCain (Link), which were both Aegis ballistic missile defense ships and are now taken out of the mission rotation of the seven Aegis BMD Ships in the 7th Fleet, based in Yokosuka, Japan. The operational loss of these ships puts an additional strain to the rotation of ships, sailors, multi-missions of the fleet, and a reduced lack of capacity in interceptors and sensors to an already demanding critical mission of significant strategic and regional vital importance. Each of the Aegis BMD destroyers damaged had SPY-1 radars and a capacity of 96 Vertical Launch System (VLS) tubes for interceptors and tomahawks. The United States and Japan have few options today to make up and surge ballistic missile defense capability and capacity for Japan. There has to be the consideration of moving U.S. Aegis BMD ships from other U.S. Fleets deployed to the 6th Fleet in the Mediterranean, 5th Fleet in the Arabian Gulf, and Fleet Forces in Norfolk, Virginia to backfill the 7th Fleet in Yokosuka, Japan.

After North Korea announced its examining of an “operational plan for making an enveloping fire at the areas around Guam,” Japan announced it would expedite its plans to buy and deploy two land-based Aegis Ashore sites and increase the number of Aegis BMD ships to eight. However, it will still be years before these Aegis Ashore sites and BMD ships are operational and deployed. Therefore, in the interim, and in the intent of the Japanese Prime Minster Shinzo Abe, “Under the firm Japan-U.S. Alliance, so that we can deal with any circumstance, while maintaining a sense of tension, we will do our utmost to ensure the public’s safety,” (Link) Japan must consider requesting from the United States and deploying a Terminal High Altitude Area Defense (THAAD) battery in order to provide additional, layered, and expansive area defense for the Japanese people in case a future North Korean missile actually targets Japan, fails, or has debris fall over Japanese territory while in flight over Japan. 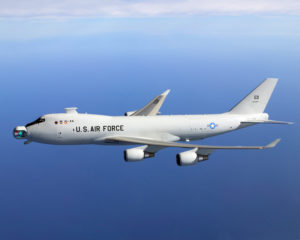 Looking even further into the future, the U.S. should of, could of and would of accelerated development of a directed energy platform to be used for boost phase missile defense had it predicted the accelerated rate of North Korea’s nuclear and ballistic proliferation breakout that is occurring. Boost phase directed energy, speed of light weapon, on an air breathing platform that could loiter in international and allied airspace could and would successfully defeat and destroy any and all North Korean ballistic missiles in their boost and early assent phase. This could of, should of, and would of technology was a program of record, with $4.1 billion of U.S. tax dollars, that successfully intercepted a ballistic missile in its boost phase off the coast of California using a directed energy, speed of light weapon, on a 747 Airborne Platform in 2010 (Link). The Airborne Laser (ABL) program was so technically disruptive to our peers of Russia and China, that it was terminated in 2012 with the intent of the “Russian Reset” change of policy, which included a staged blue-ribbon panel that dismissed boost phase missile defense. The ABL – with all of its technology – could of, should of, and would of given the United States a successful boost phase, solid state and/or chemical directed energy interceptor today had the nation continued to invest and develop it.

“All options are on the table,” boost phase directed energy missile defense would be and should be on the table.