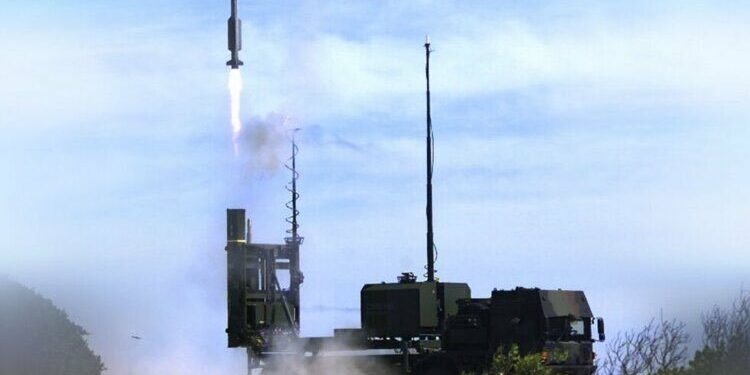 The InfraRed Imaging System Tail/Thrust Vector Controlled (IRIS-T) is an air-to-air missile to replace the AIM-9 Sidewinder. It is rated for short-range and medium-range air defense. It can also be launched from the ground as a SAM (IRIS-T SLM) by road mobile VLS systems, as well as being adapted for naval use in submarines (IDAS). The IRIS-T is particularly advanced in its maneuverability. It also can be fully integrated with AIM-9 launching systems. [i]

The IRIS-T is an extremely versatile, upgraded version of the AIM-9 Sidewinder. With low-cost implementation into prior systems and unmatched maneuverability compared to other missiles, the IRIS-T offers greater determent guarantees against missile attacks of both ballistic, and cruise missiles.