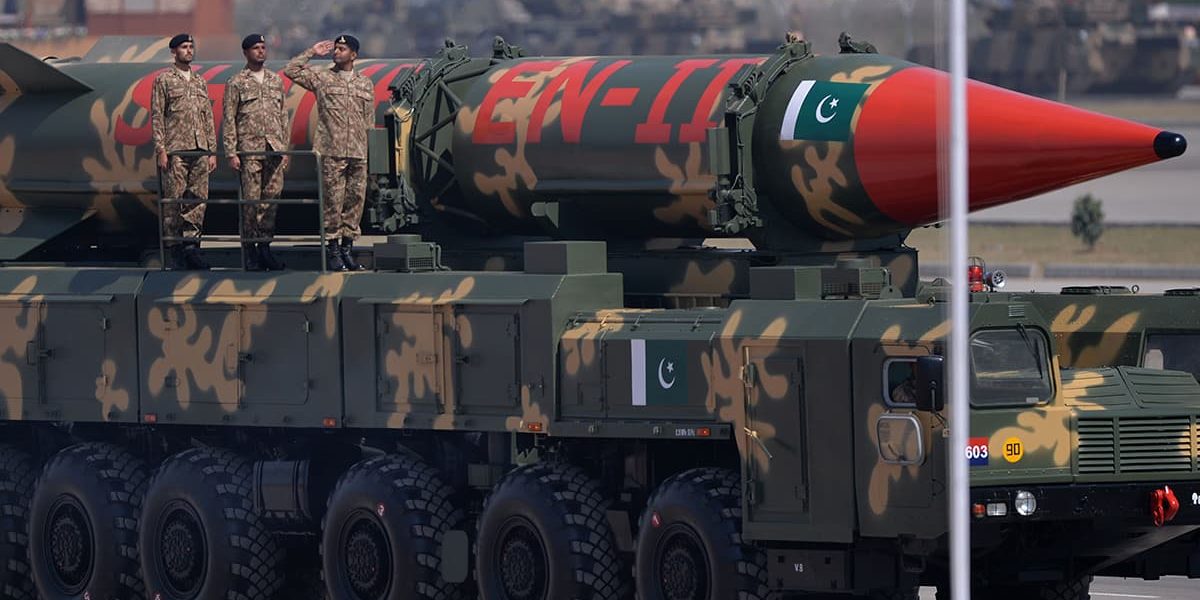 Pakistan’s long standing tensions with India have driven the nation to pursue a focused ballistic missile program beginning in the early 1980’s. Over the past 30 years Pakistan has developed a substantial and sophisticated missile arsenal. The threat of nuclear war has acted as a deterrent from large scale war between India especially during the 2001-2002 Border Confrontation Crisis.

The US has provided funding and training to ensure that Pakistan’s nuclear stockpile is maintained properly and secure. Close US relations with India has perpetuated fear in Pakistan, causing the nation to rapidly progress its nuclear program to act as a counter balance.

Pakistan’s nuclear program began in the 1950s with a focus on producing nuclear energy. However, after the loss of Bangladesh in the early 1970s during a war with India, Pakistan initiated a secret nuclear weapons program in January 1972. [1] Around 1975, Dr. Abdul Qadeer (A.Q.) Khan (considered to be the “father of the Pakistani bomb”) returned to Pakistan after working at a URENCO enrichment corporation subsidiary in the Netherlands, bringing centrifuge designs and a knowledge of uranium enrichment to Pakistan’s nuclear program. [2] During the late 1970s, Pakistan also acquired enrichment technology and scientific expertise from countries such as China and constructed a uranium enrichment facility that began producing Highly Enriched Uranium (HEU) in the early/mid 1980s. [3] Pakistan is thought to have crossed the nuclear threshold around 1985 with enough weapons-grade uranium for a nuclear device. [4] During the 1990s, Pakistan also began to pursue plutonium production, building the Khusab research reactor at Joharabad, which became operational in April 1998. [5]

On May 28, 1998, Pakistan conducted five nuclear tests with a sixth test on May 30, 1998, in response to India’s nuclear tests on May 11th and 13th. In the aftermath of these tests, Pakistan declared itself a nuclear-weapons state and continues to enhance its nuclear capabilities.

Pakistan’s nuclear doctrine is based on maintaining a “credible minimum deterrence” and the government pledges no first use against nonnuclear weapon states but leaves ambiguity as to first-use against a nuclear-armed opponent such as India. Pakistan continues to increase its nuclear arsenal and fissile material stockpile and blocked negotiations of the Fissile Material Cut-Off Treaty (FMCT), arguing that given India’s increasing conventional capability; it is unreasonable to expect Pakistan to cap its fissile materials production. [7]