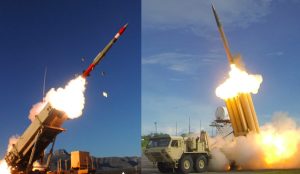 Washington D.C. – March 2, 2015 – North Korea’s recent missile tests of two short- ranged ballistic missiles has exposed the need for enhancements to the U.S. and South Korean ballistic missile defenses deployed in the country, said Riki Ellison, Chairman of the Missile Defense Advocacy Alliance in the statement today.  The 500-kilometer range of the missiles demonstrated the capability to strike all of South Korea, and showed North Korea’s penchant for firing multiple missiles in a single salvo.

“This event today clearly demonstrates the requirement for a seamless ballistic missile defense capability to handle salvos of ballistic missiles from North Korea, of which it has an ample supply.” Said Ellison. He went on to recommend specific enhancements to the BMD systems deployed in the country by the U.S. and ROK militaries.

“Modernizing and integrating both U.S. and South Korean Patriot units to incorporate the Missile Segment Enhancement (MSE) interceptor along with a deployment of a U.S. THAAD interceptor system that would cover the entire country of South Korea solves these vulnerabilities.”

“These missile defense systems shared by both countries in place can shape the strategic environment and help to prevent North Korea’s aggression to secure peace in this highly volatile region.” Ellison concluded.