On March 17, 2015 the Missile Defense Advocacy Alliance held a roundtable discussion on Missile Defense Sensors. The speakers provided a basic primer on the function of sensors in the current BMD system, types of sensors, and gave a candid perspective on the limitations of the current sensor system, and where the United States needs to invest to improve. On that aspect, the speakers emphasized the need on develop and deploy a Long Range Discrimination Radar in Alaska. Our featured speakers were 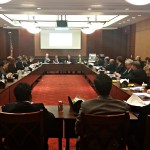 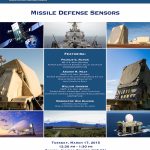