A Decade of Missile Defense: Commemorating the Tenth Anniversary of the Operational Ground Based Midcourse Defense System

Washington, D.C. – October 1, 2014 – The Missile Defense Advocacy Alliance (MDAA) hosted a celebration and recognition of the 10th Anniversary of the activation of the Ground Based Midcourse (GMD) Missile Defense System in the U.S. Capitol Building yesterday in Washington D.C.

The system’s development was “an historic and meritorious technical achievement,” said Riki Ellison, Chairman and Founder of MDAA. The GMD system is the first and only non-nuclear, kinetic energy interceptor missile defense system capable of defending the whole of the United States against a limited ballistic missile attack. The system went operational on September 30, 2004.

“No other time in the history of our nation has a technological feat of this magnitude been developed, tested and put in the field fully operational in less than three years of the decision to do so,” Mr. Ellison added.

The urgency of the ballistic missile threat in 2002 demanded a rapid development and deployment of the GMD system. Despite this, GMD again proved its reliability in its most recent intercept test on June 22. The system successfully tracked and destroyed a target missile with similar characteristics to that of a long-range North Korean ballistic missile.

Celebrations were also held yesterday in Alaska, where the bulk of the Ground Based Interceptors are based. Alaska’s Lt. Governor Mead Treadwell joined the 49th Missile Defense Battalion to recognize the historic anniversary. The day was also marked by the U.S. Army National Guard in a statement from the 100th Missile Defense Brigade based in Colorado Springs.

Riki Ellison concluded his statement from Washington by saying that “our nation’s missile defense is at the core of our U.S. Constitution…in the responsibility of the government to provide for the common defense.

“We as a nation and people owe great appreciation and thanks for all those that developed, tested and deployed this system that has for 10 years made our nation safe from ballistic missile threats.” Mr. Ellison added. 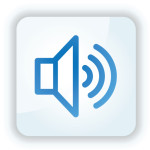 No Audio available at this time

No Transcript available at this time 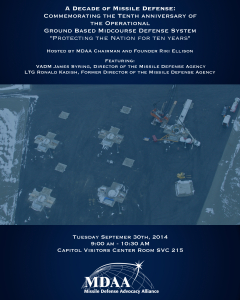