The North Korean long-range mobile ICBM missile with one or more nuclear warheads called the KN-08, is a primary threat driving the need for U.S. homeland missile defense capability and to U.S. national security strategy that will continue to put forward all options to defeat this threat. These options would include actions both active and passive to the left of a KN-08 launch to include preemptory offensive force, cyber-attack and special operations. The fundamental foundation for defending against the KN-08 remains our nation’s long-range ballistic missile defense system. This system needs to continually demonstrate its capabilities for both deterrence of North Korea and confidence in the system.

The Commanding General of U.S. Forces in South Korea, General Curtis Scaparrotti, provided a press briefing at the Pentagon last Friday about North Korea, where he discussed the threat from North Korea’s KN-08 and missile defense. The following are some key excerpts from his remarks to the press:

“In North Korea, Kim Jong Un remains in control of an isolated, authoritative regime that’s willing to use violence and threats of violence to advance its interests, gain recognition as a nuclear power, and secure the regime’s survival.”

“We are concerned that such events could start a cycle of action and counteraction, leading to an unintended, uncontrolled escalation. This underscores the need for the alliance to work together, to be vigilant and to be ready to act.”

Question: General Scaparrotti, what’s your assessment about when they can marry — the North Koreans — can marry up three critical components — a rogue mobile launcher, an intermediate to long-range missile and a miniaturized nuclear warhead? Because that, people say, is the real problem, putting it all together.

General Scaparrotti: Right, right. They claim they’ve done that already. They claim they have an intercontinental ballistic missile that’s capable. You know, they paraded something at least a couple of times. Personally I think that they certainly have had the expertise in the past. They’ve had the right connections, and so I believe have the capability to have miniaturized a device at this point, and they have the technology to potentially actually deliver what they say they have. We have not seen it tested. And I don’t think as a commander we can afford the luxury of believing perhaps they haven’t gotten there.

General Scaparrotti: I think they have a launcher that will carry it at this point.

Question: And very specifically, to make sure I understood, what is your assessment right now? You said they have the capability that, but do they have a functioning, miniaturized nuclear device?

Question; General, can you – (inaudible). She’s talking about the (inaudible). Is that what referring to also the NK-06 missile?

General Scaparrotti: No, we call it a KN-08, I think. You know it’s our term for that. That’s what I’m talking about.

General Scaparrotti: Now, let me be clear. I don’t know that they have that capability. I’m just saying as a commander, I’ve got to assume they have the capabilities to put it together. We’ve not seen it tested at this point. And as you know, for something that that’s complex, without it being tested, the probability of it being effective is pretty darn low.

Question: But you think they know how to miniaturize?

General Scaparrotti: I believe they do. I don’t have a — I’m not saying that I know that by any factual basis, but I believe they probably have the background to do this.

We have no way of knowing for sure whether or not the KN-08 could deliver nuclear warheads to U.S. soil today. Sound national security strategy demands that we plan as though it is capable, before we are fully faced with North Korean nuclear, road mobile ICBMs armed with multiple independent reentry vehicles hidden underground that we are powerless to prevent or defend against. As a nation, we must invest now in our national strategic hedge.

We call it GMD. 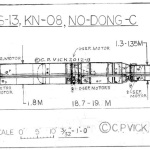 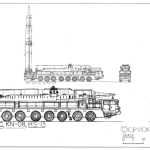 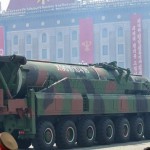