Washington D.C. – January 12, 2015 – On Friday, the best U.S. missile defenders in 2014 for the United States Army, Air Force, Navy and National Guard were honored at an awards ceremony in Alexandria, VA.

Defense Advocacy Alliance (www.missiledefenseadvocacy.org) beginning in 2010. The date of ceremony, January 9, reflects the first use of U.S. Ballistic Missile Defense in combat on January 18, 1991. Awardees are selected by their peers and commanding officers in their service branches for demonstrating extraordinary excellence in the operation of the nation’s missile defense systems at home and overseas over the past year.

“These special award winners exemplified excellence of leadership in making the United States, our forward operating troops and allies safe from integrated air and ballistic missile threats throughout 2014.” Stated Riki Ellison, Chairman and Founder of MDAA

The winners of the 2014 MDAA Missile Defender of the Year Awards are: 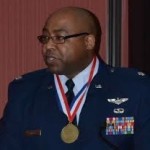 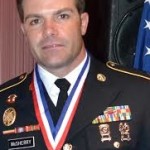 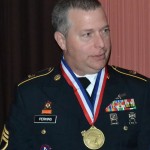 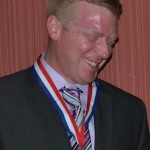 Deployed on the USS Donald Cook (DDG-75) operating out of Rota, Spain

In his remarks, Riki Ellison concluded by saying “we are fortunate to have game changers that have made a tremendous difference in winning. It is great to see four different branches and cultures come together. This is what this event is for.