U.S. Government officials have indicated that they believe the cyber-attacks against Sony Pictures to prevent the release of their upcoming movie The Interview were at the very least sanctioned by the North Korean government.

There is little that the United States can do to respond to the North Korean cyber-attack. As U.S. officials told reporters from the Washington Post, “there are no sanctions left. Nor do we have any trade with them to sanction. So there certainly is a very limited number of tools in the toolbox.”

A U.S. response is needed, North Korea cannot be given the message that they can use cyber-attacks to achieve its goals with impunity. If left unanswered, North Korea could continue to use cyber-warfare methods to attack more sensitive U.S. interests, crossing a line that could lead to an escalation of conflict and have grave consequences.

One of the tools in the very limited toolbox that the United States has for North Korea would be to move forward with the strategic deployment of a U.S. THAAD Battery in South Korea. This same strategic tool was used in 2013 with the deployment of a U.S. THAAD Battery to Guam in response to the direct threats and rhetoric made by North Korea to strike the territory of the United States. North Korea ceased its rhetoric and threats immediately after that deployment. Increasing U.S. strategic presence in Guam with THAAD upset the strategic balance of the region and the national security of China which caused a tangible impact and direct repercussions to North Korea.

Both China and North Korea have been increasingly vocal in their opposition to the deployment of THAAD in South Korea. A THAAD System deployed in Korea is needed regardless as it can defend the entire Republic of Korea and all of the U.S. troops forward-based there from North Korean short and medium range ballistic missiles from a single location. THAAD also has a future capability with an extended range to defend against the Hypersonic Glide Vehicle that China has tested three times this year.

The U.S. has been considering deploying THAAD to South Korea for several months, and moving forward with that deployment decision now would send a strong message to North Korea that the United States will respond strategically to cyber-attacks against its citizens in a way that causes strong repercussions for North Korea. As indicated in a Congressional Research Service report recently released, a THAAD deployment to South Korea may also encourage China to apply greater pressure to North Korea to curtail its provocative and destabilizing behavior.

Our nation must have the courage to lead and show accountability to those that seek to disrupt our way of life. 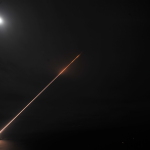 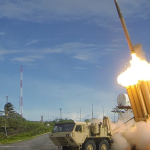 A Shot Heard Around Asia

Defeating the Cost Curve in Ukraine