The Intent is Good

We are deeply humbled and extremely grateful as a nation to receive the remains of our citizens that served and sacrificed their lives for the freedoms we have today in the Korean War. Earlier today, a U.S. Air Force plane brought 55 caskets, carrying the remains of U.S. service members killed decades ago in the Korean War, to Osan Air Base in South Korea from Wonsan, North Korea as part of the agreement, the intent, and promises made in June between President Donald Trump and Kim Jong Un at the Singapore Summit. God bless the families of the fallen.

This action follows the dismantling of important facilities at the Sohae Satellite Launching Station, reported earlier this week by 38th North which is where North Korea has launched multiple space vehicles from in the past and is believed to have developed several parts for its Intercontinental Ballistic Missile (ICBM) program. 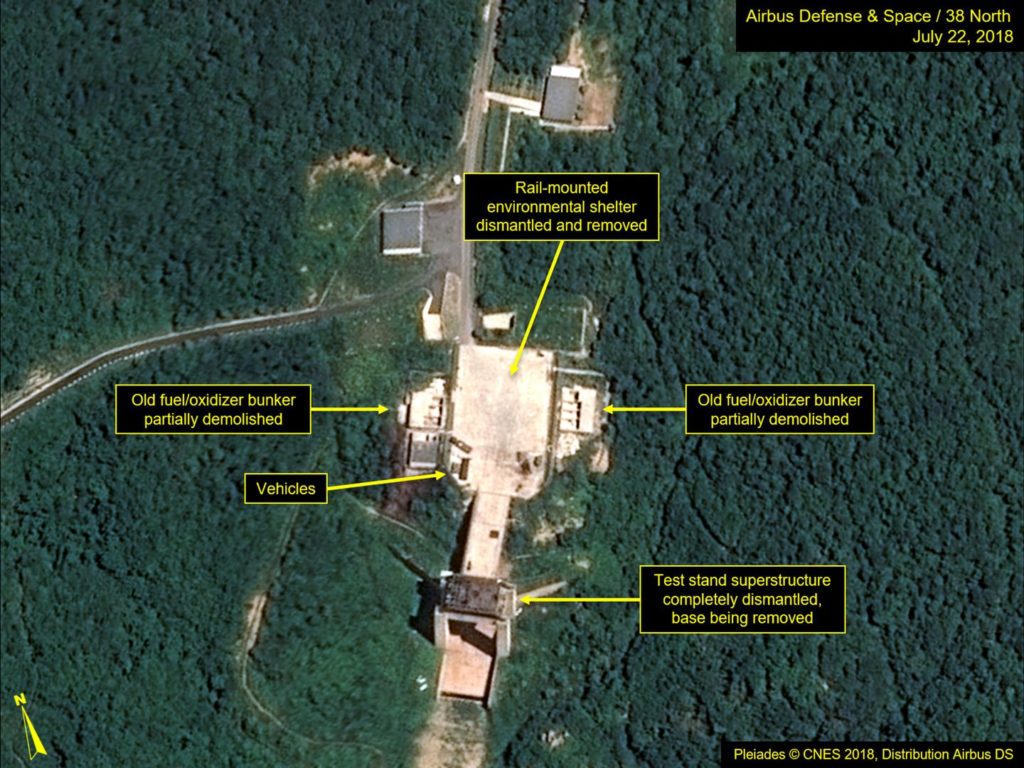 Commercial satellite imagery validates and shows North Korea is in the process of removing and razing parts of the launch pad, the vertical engine test stand, the environment shelter, and the rail-mounted transfer structure on the launch pad.

Additionally, it has now been almost eight months since North Korea has tested an ICBM and over ten months since North Korea has conducted a nuclear or intermediate-range ballistic missile test. All of these actions by North Korea indicate the intent of the Singapore Summit is successful and we are moving down the path of working towards an agreement to officially end the Korean War and denuclearize the Peninsula, which has today resulted in this region and the world being a safer place.

With all good intentions and actions, we must remain resolute in continuing to improve our missile defense capabilities and increase our capacity to defend the U.S. Homeland and our allies, South Korea and Japan from North Korea. It is the ultimate “Peace Through Strength” and negates all possibilities of breakout during this lengthy process of denuclearization and an eventual peace agreement. This is important since during this week it was also revealed that North Korea has continued to expand its Chemical Materials Institute, a key facility for producing North Korea’s solid fuel ballistic missiles, and North Korea’s Central Committee of the Ruling Workers’ Party decreed that North Korea will not relinquish its nuclear arsenal. 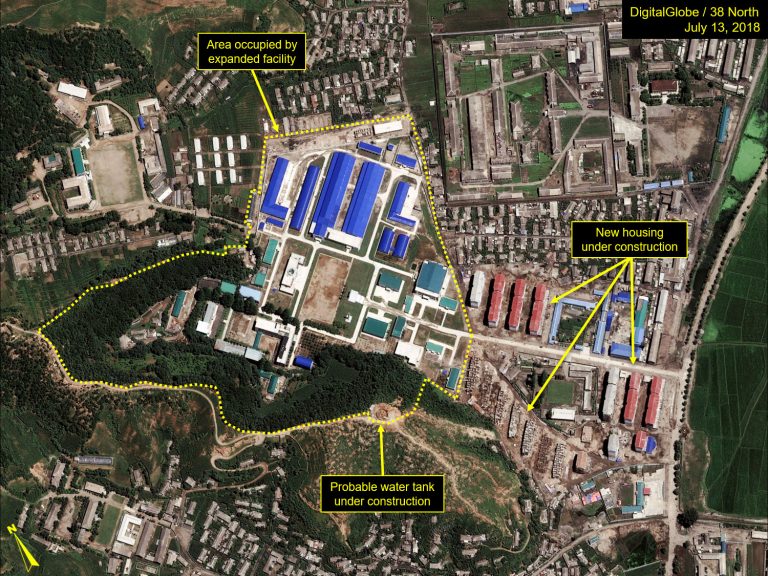 Satellite imagery of the expansion at the Chemical Materials Institute analyzed by 38 North.

We must and are continuing to expand our missile defense capabilities and capacity to defend against the North Korean and Iran missile threat to the United States Homeland, should there be a remote chance that this era of diplomacy fails and North Korea or Iran breaks out again with new nuclear and ballistic missile testing. The U.S. is expanding missile defense with an additional 20 Ground-Based Interceptors (GBIs) at Ft. Greely that will be equipped with the Redesigned Kill Vehicle (RKV) and then upgrade the existing fleet of 44 with the RKV, increasing discrimination capability with the Long-Range Discrimination Radar (LRDR) at Clear Air Force Station in Alaska and planned two Medium-Range Discrimination Radars (MRDRs) in the Pacific (One on the Hawaiian Islands), starting the development of a space-based sensor discrimination layer, increasing funding for directed energy, a Boost-Phase Intercept (BPI) development program (both kinetic and directed energy), and increased funding for Command and Control, Battle Management, and Communication (C2BMC).

It’s action, not words, that show intent of the path to peace, security, and safety for the nation and the world.