Great leadership, great vision and great credit goes to President Barack Obama for his administration’s achievement today in placing a tested, proven and extremely effective missile defense system on European soil to protect Europe and its citizens from Iranian ballistic missiles. President Obama put forward this specific vision in his 2009 European Phased Adaptive Approach (EPAA) policy. The second phase of the now three-phased EPAA policy to deploy a land based Aegis Ashore site with AN/SPY-1, Baseline 9 and SM-3 Block IB capability in Romania by the end of 2015 has been declared technically ready in Bucharest, Romania. This is a tremendous achievement by any standard in today’s complex world. The Missile Defense Agency surmounted extreme challenges of engineering, development, manning, construction, timelines, cost and testing of a brand new platform that is now declared technically capable in Deveselu, Romania to defend southern Europe and its population from Iran’s ballistic missiles.

In Bucharest, Romania, today the Missile Defense Agency director Vice Adm. James Syring and Vice Adm. James Foggo III, commander of the 6th Fleet, attended a ceremony with the Romanian government announcing the Technical Capability Declaration for the first Aegis Ashore site in Europe. This announcement marks the transition of the system, which is fully capable with interceptors, from the Missile Defense Agency to the 6th Fleet of the United States Navy and begins the integration phase with the NATO Ballistic Missile Defense Operations Center in Ramstein Germany. 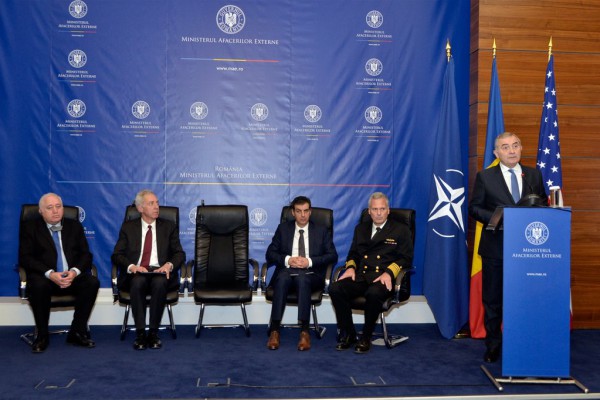 The 2010 Ballistic Missile Defense Review (BMDR) Report outlined the role the Obama Administration envisioned for missile defense in the future security environment.  Nearly six years later, some of the major contours of the missile defense architecture envisioned by this document are emerging in response to a threat environment remarkably similar to the one described by the BMDR.