Laying sentinel and guardian of the strategic entrance to the South China Sea, is the tropical island of Okinawa, that is naturally positioned halfway between Taiwan and Japan. The Japanese island is the centerpiece for the vast southwest region of Japan made of atolls, reefs and islands that stretch the divide between the Philippines Sea and the South China Sea towards Taiwan. Both the United States and Japan have military forces on this island to provide air and sea support and defense for the Southwest region of Japan. The United States also has a strong Marine expeditionary amphibious force for the region based in Okinawa since the landings and sacrifice of U.S. Marines, U.S. Soldiers, U.S. Sailors and U.S. Airman for the battle of Okinawa in World War II.

Because of the strategic importance of Okinawa in its air power projection spanning this critical area, since 2006 the United States has deployed an Army Air Defense 1-1 Battalion made up of four Patriot Firing Batteries that defend Kadena United States Air Force Base with an expeditionary capability to defend other critical assets not only in Okinawa but throughout the region including Korea. Two of the four U.S. Patriot Units of the 1-1 are dedicated and trained for expeditionary missions. The Japanese Air Self Defense Force also deploy their 5th Firing Group similar to a United States ADA Battalion to Okinawa that is made up of four Patriot Firing Batteries that defend Japanese Critical Assets spread throughout Okinawa. The Japanese Land Self Defense Force has also deployed short range air defense capability in Okinawa that was successfully tested just this past week at the McGregor Range out of Fort Bliss, Texas.

The unprecedented proliferation of both short and medium range ballistic missiles and standoff cruise missiles alongside new developing technologies of maneuverable cruise missiles and hypersonic non ballistic missiles displayed by China paralleling their aggressive policy in the South China Sea is driving the partnership capacity building of integrated and eventually interoperable air and ballistic missile defenses of Japan and the United States. Many if not all of the United States newest Patriot modernizations, upgrades, interceptors and systems to include the IBCS that enables expeditionary deploying single Patriot Firing Batteries instead of the entire Patriot Battalion will be deployed first in Okinawa because of its strategic need and importance.  Having the most modernized expeditionary Patriot Firing Batteries in Okinawa enables the United States to provide direct surge deployment capability to Korea as the ROK modernizes its Patriot Systems to protect critical assets against North Korea.

It was a tremendous honor to recognize and bring forward the recipients from the United States and Japan Militaries for our Third Annual Okinawa Missile Defender of the Year ceremony last night at Kadena Air Force Base, Okinawa. The event brought together the Japanese Air Self Defense Force, the Japanese Ground Self Defense Force and the United States Army 1-1 ADA Battalion. To duly bring forward that honor and one of true partnership, Lt Gen Araki Commander of the South West Region of the Japan Air Self Defense Force and Brigadier General Sanchez of the 94th AAMDC participated in this prestigious event.

It is both the excellence of leadership and trust of the people that command, operate, maintain and develop these air and missile defense systems across nations that will always surpass the limits of technology and limits of these systems to always win the fight.

Allow me introduce the 2015 Okinawa Missile Defenders of the Year. 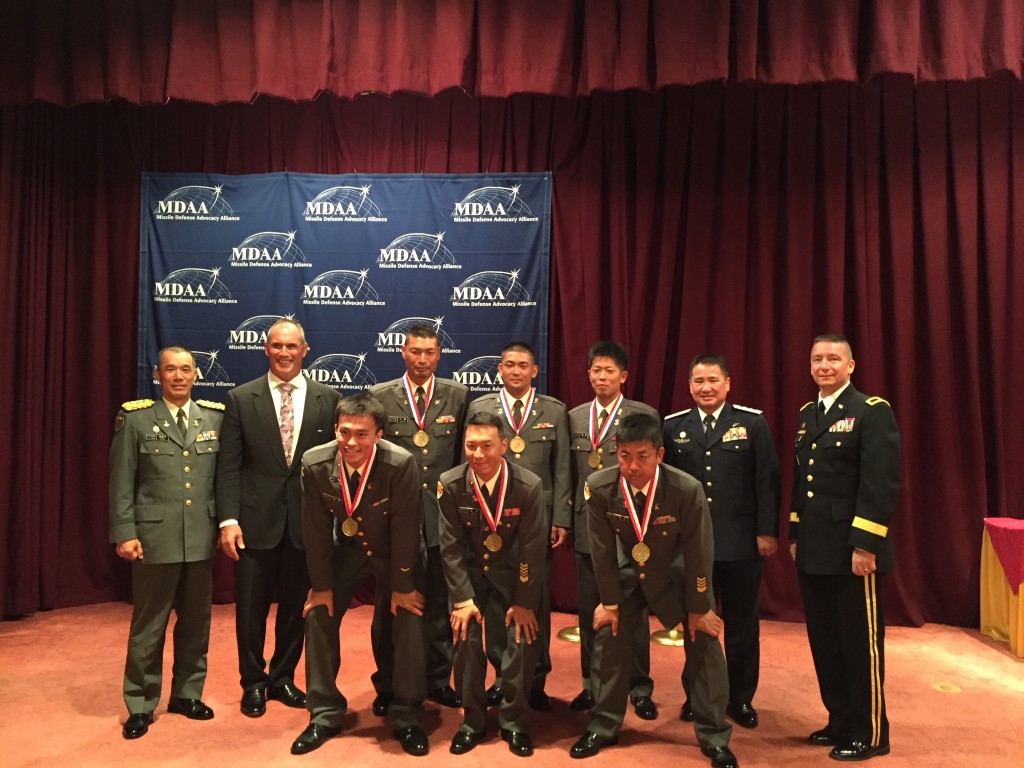 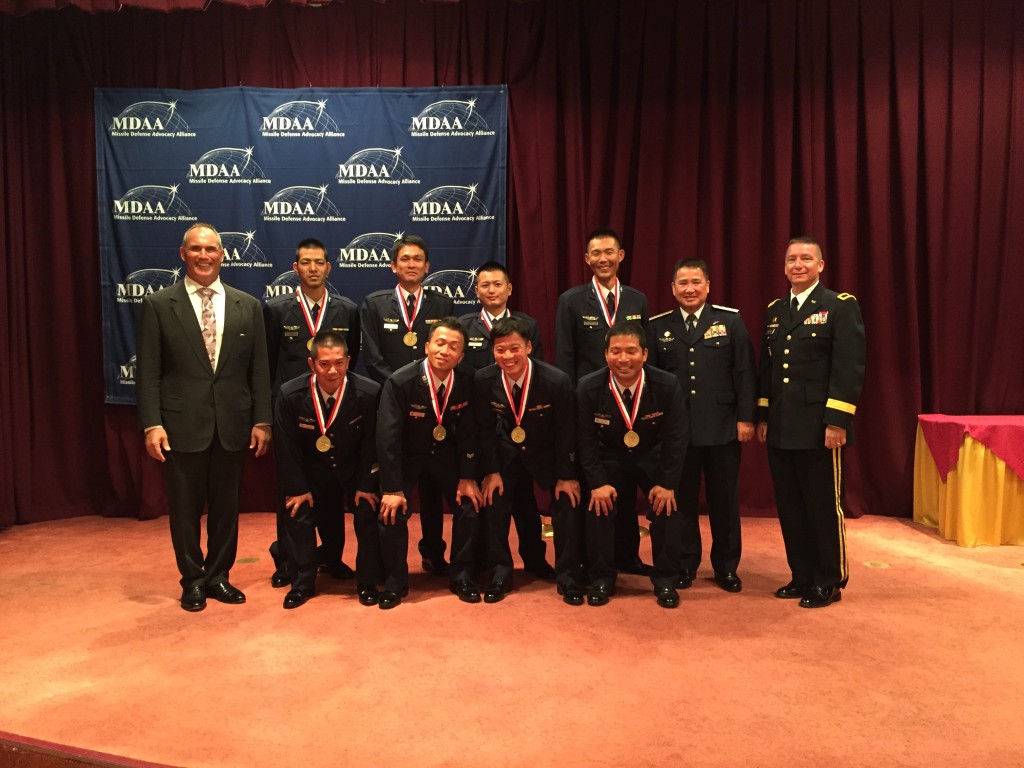 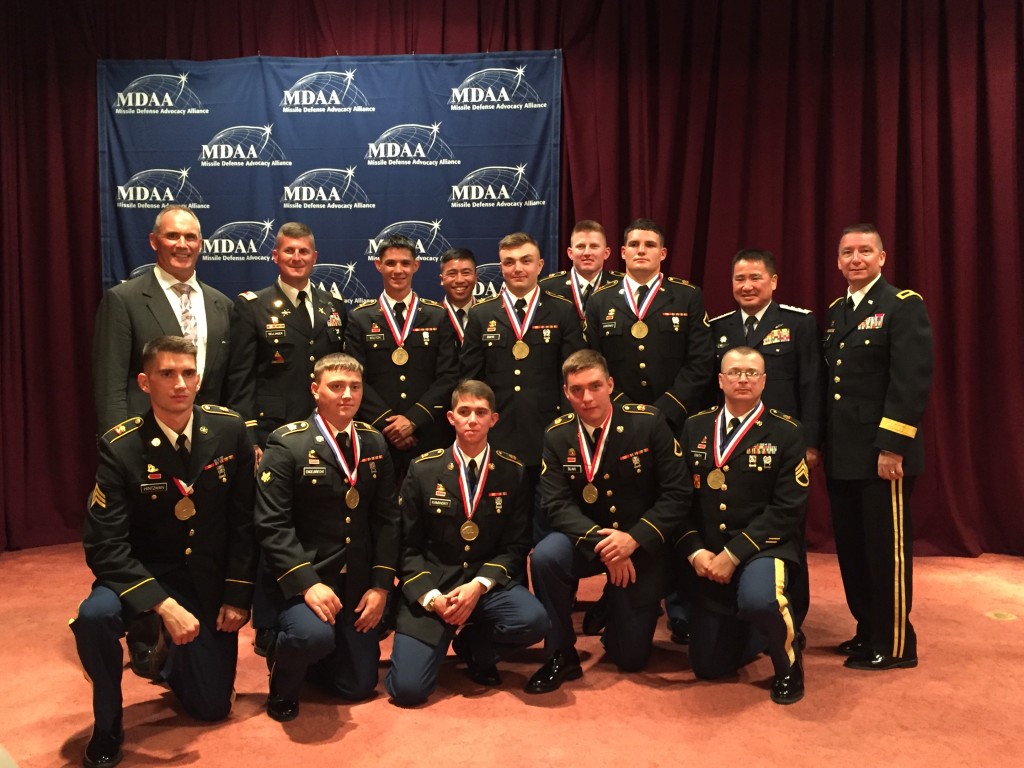 As our National Holiday of Thanksgiving comes forward, We give particular thanks to our serving military members deployed in Japan, Korea, Okinawa and Guam in keeping this part of the world safe and sound.