It is law from the United States Congress that the Secretary of Defense selects the preferred location for a potential third Ground-Based Interceptor (GBI) site in the Continental United States within 60 days from the release of the Missile Defense Review, which was released on January 17, 2019. There is no funding, no timeline, and no construction to build the site that comes with this selection and law.

If consistent with the direction or recommendations of the Ballistic Missile Defense Review that commenced in 2017, not later than 60 days after the date on which the Ballistic Missile Defense Review is published, the Secretary of Defense shall—
(1) designate the preferred location of a potential additional continental United States interceptor site;.

An East Coast GBI site is sought to provide better protection of the Eastern United States against ballistic missile threats coming over the eastern part of the North Pole, the shortest distance from Iran, and to provide a second layer of defense to exponentially increase the battlespace, capacity, range, and options to defend against North Korean nuclear ICBMs.

The GBIs of the Ground-based Midcourse Defense (GMD) system are the only tested, proven, and fully operationally deployed system to negate and destroy Intercontinental Ballistic Missiles (ICBMs). There are 44 GBI interceptors, 40 of them deployed in Alaska and an additional 20 will be deployed by as early as 2023. These GBIs in Alaska provide sequential multiple shot opportunities from the furthest range of the system to the last launch point, where the GBIs could not intercept because it would be in a tail chase, to defend against North Korean ICBMs. There are only four GBIs in the lower 48 states located on the west coast of California that offer a second layer in addition to Alaska for the defense of the western United States. Multiple GBIs are required to be launched against one incoming ICBM multiple times.

North Korea has set a precedent, an incentive, and an example to rogue nations and the world that developing, testing, and producing nuclear ICBMs capable of striking the United States brings a worldwide audience to negotiate with the President of the United States. North Korea seeks to overmatch these limited United States GBI numbers in capacity and in placement. North Korea is proliferating its weapon technologies and colludes with Iran to share and develop these technologies.

Last week, the United States walked away from the most recent negotiations to denuclearize North Korea. North Korea has reactivated and expanded its missile production facilities. North Korea continues to produce nuclear weapons and ballistic missiles over the past year. On the other side of the world, Iran has launched two satellites since the start of the year (both launches failing), and has continued to test and develop its short- and medium-range ballistic missiles, which go against the intent of the Joint Comprehensive Plan of Action (JCPOA) agreement signed in 2015. The Iranian ICBM threat to the United States is not mature, nor does Iran have a nuclear capability. The United States recently withdrew from the JCPOA agreement that enabled Iran to get a nuclear breakout capability within a year of leaving or the expiration of the agreement.

There are three sites in the United States that have been down selected for the final location.

We have visited two of these sites with a visit to Fort Custer in 2016 and just returned from a visit to Camp Garfield this week. 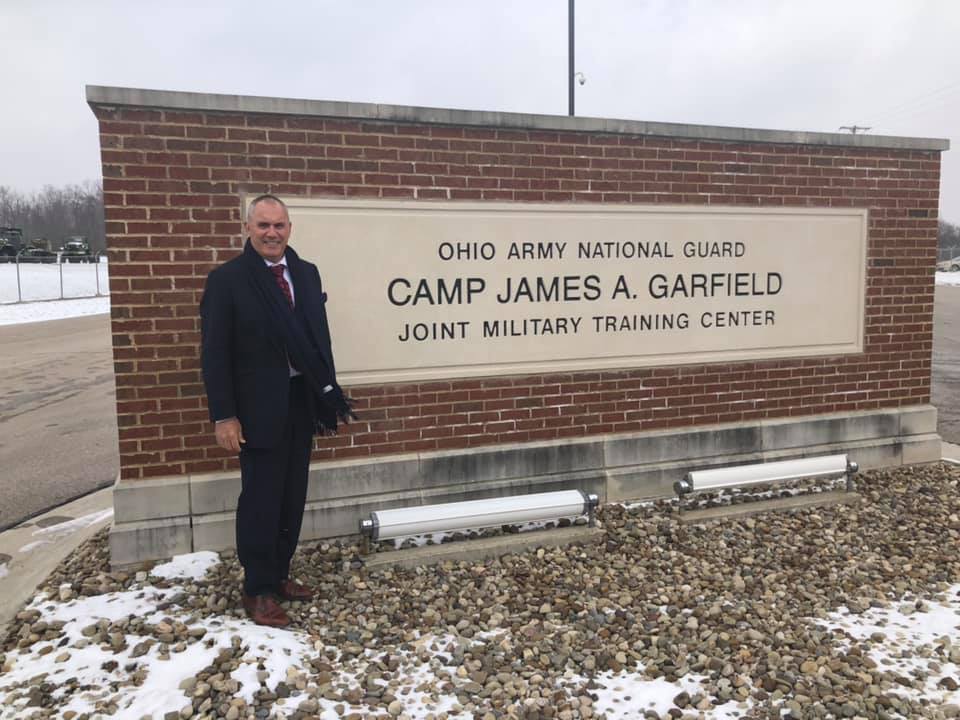 Riki Ellison at Camp James A. Garfield in Ohio, a potential third GBI site, on March 5, 2019.

Moving forward with a decision on one of the three preferred sites best prepares the United States to best defend its population as the North Korean and Iranian ballistic missile threats develop, mature, and grow.  This would provide an edge ahead for the safety of the U.S. population until future U.S. missile defense technologies and systems come to fruition.