MDAA Tour of the Pacific

“We do not seek a cold, let alone a hot, war with Russia,’. ‘We do not seek to make Russia an enemy. But make no mistake: The United States will defend our interests and our allies, the principled international order, and the positive future it affords us.”

“Meanwhile, China is a rising power, and growing more ambitious in its objectives and capabilities. Of course, neither Russia nor China can overturn that order, given its resilience and staying power. But both present different challenges for it. The United States, and the men and women of the Defense Department, know that the good that a principled international order has done, and will do. But in the face of Russia’s provocations and China’s rise, we must embrace innovative approaches to protect the United States and strengthen that international order.”

“We’re putting our best and newest assets – from all the services – in the region. Qualitatively, we are making heavy investments in capabilities of importance there: subsurface warfare, electronic warfare, space, cyber, missile defense, and more.”

This week MDAA will begin its “Asia Tour” to recognize the Integrated air and missile defense champions deployed in Asia and the Pacific to highlight the importance of their mission. MDAA will travel through Japan, South Korea, Okinawa and Guam to recognize and honor the men and women who carry out the missile defense mission from the United States and our Allies in Asia and in the Pacific. 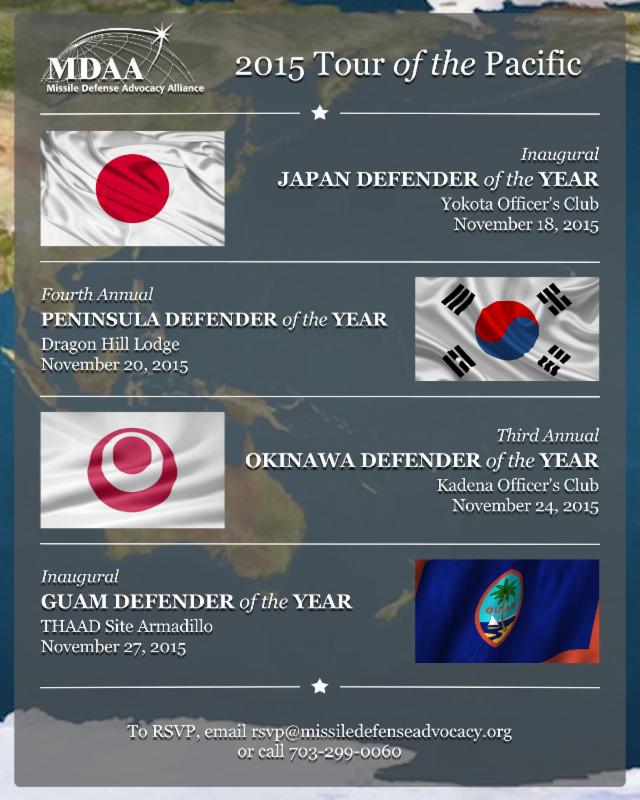