Osan Air Base, Republic of Korea – November 24, 2014 — On November 21, MDAA hosted the Third Annual Peninsula Missile Defenders of the Year Award Ceremony at Osan Air Base in South Korea. The event paid tribute to the men and women of the Republic of Korea (ROK) and U.S. Armed Forces who operate the air and missile defense systems on the Korean Peninsula. These distinguished individuals operate some of the most technologically advanced equipment in U.S. and South Korean militaries, and provide the region with the first line of defense and deterrence against the threat posed by North Korea.

“By providing this defense,” said MDAA Chairman Riki Ellison in a statement, “these forces shape the will of North Korea to go to war.”

The winners of the Third Annual Peninsula Missile Defenders of the Year Awards are:

From the United States:

In remarks, MDAA Chairman Riki Ellison said “these young men and women are the best of the best at what they do in the protection of millions of lives and the balance of regional power in one of the most volatile regions in the world.” 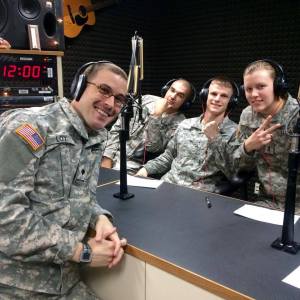