The United States and Japan have successfully launched the first maiden flight of the world’s newest missile defense interceptor, the Standard Missile 3 Block IIA. The flight test was conducted off of San Nicolas Island on the Point Mugu Sea Range northwest of Malibu on the Southern California coast.

The new interceptor was developed through a cooperative co-development program, under which the 2 billion dollar investment to design, create and test this next generation interceptor was split evenly between the two countries. It is the U.S. Department of Defense’s best example of equal funding and cooperative engineering with an allied country to bring a new weapon system into the field to enhance the both nation’s national security. This investment model marks the future and sets the model for reducing the burden on U.S. tax dollars through cooperative programs with allied countries that share common with national security objectives.

After a series of intercept tests over the next three years, the Department of Defense and the Japanese Ministry of Defense is planning to have SM-3 IIA deployed and fully operational by 2018 on U.S. Navy Aegis Ships, Japanese Maritime Self Defense Kongo Ships,  as well as a land-based Aegis Ashore site in Poland for the missile defense of Europe. The Aegis Shore Site in Romania planned with SM-3 Block IB interceptors to be deployed later this year will also look to be upgraded with the SM-3 IIA interceptors after 2018.

Development of the SM-3 IIA began in 1999 with a Memorandum of Understanding (MOU) between Japan and the United States to begin research on the interceptor. This was followed by a revised MOU in 2006 between the two nations to begin cooperative development.

This first flight marks a great achievement by the engineers of both countries, both governments and both industries working together as one team in helping to make both nations safer from ballistic missile threats. 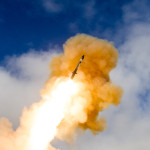 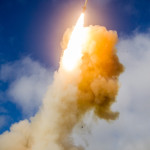 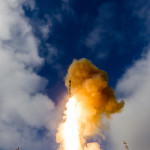