Loss of “an Invaluable Brake on Nuclear War”

“All allies announced today that we agree with the U.S. decision to withdraw from the treaty because of the ongoing Russian violation of the treaty.” – NATO Secretary General Jens Stoltenberg on August 2, 2019.

We recognize the former trust between two super powers that gave critical stability and an era of peace between the United States and Russia that enabled great prosperity in Europe and North America for the past 31 years partly to the cornerstone of Intermediate-range Nuclear Forces (INF) Treaty. The INF was an arms control treaty between the United States and the Union of Soviet Socialist Republics (USSR) that eliminated all, nuclear and non-nuclear, land-based ballistic and cruise missiles in the ranges of 500 to 5,500 kilometers, but did not include air- or sea-launched missiles. This deep trust of a credible arms control agreement in the heights of the Cold War allowed the safe breakup of the Soviet Union in 1991 and the fall of the Berlin Wall. It is to be noted that China, at the time the treaty was signed in 1987, was not seen as a nuclear peer and competitor as they are today by the United States and as such, was not pursued like other nuclear nations (United Kingdom, France, and India) were at that time to sign to this treaty.

We recognize the verified and egregious violations by Russia, as does NATO, of non-compliance to the INF treaty.

“Today the INF Treaty ceases to exist because Russia has deployed the SSC-8 missile system. The new Russian missiles are nuclear capable, mobile, and hard to detect. All NATO allies agree that these missiles violate the INF Treaty, and Russia continues to develop and field these systems despite years of U.S. and allied engagement, including a final opportunity of the last six months to return to compliance.  We regret that Russia showed no willingness and took no steps to comply with its international obligations.” – NATO Secretary General Jens Stoltenberg on August 2, 2019. 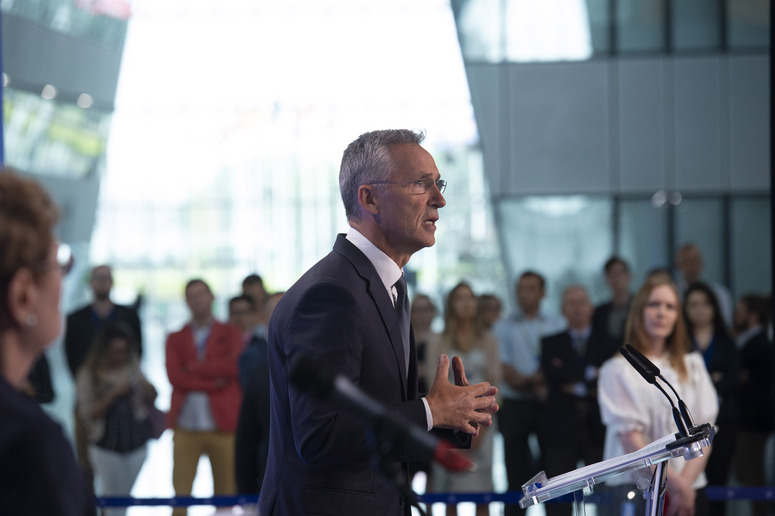 With verification of repeated Russian violations and non-compliance of the INF, an ample time of six months was given to Russia to comply, Russia refused and suspended their participation in the INF Treaty based on trust and verification by U.S. President Ronald Reagan and Soviet General Secretary Mickhail Gorbachev. The INF now terminates today as the U.S. formally withdraws from the treaty.

“The world will lose an invaluable brake on nuclear war… This will likely heighten, not reduce, the threat posed by ballistic missiles,” – United Nations Secretary General Antonio Guterres on the expiration of the INF treaty.

The termination of the INF Treaty brings about an impeding tremendous capital and political investment to develop, test, and deploy missiles and begs the question of why Russia would not comply. The lack of military capability and political will that defines deterrence by the United States and NATO has failed to deter Russia on the consequences of not complying to the treaty. The calculus has changed for Russia. The United States, with NATO, must take a deep look at building back up a credible deterrent of political will and military capacity to put forward a future arms control agreement that Russia will stay in.

Ramifications from the 1987 INF arms control treaty will certainly create a competitive cauldron for both offensive missiles and in defensive missiles to counter and negate. New technologies with artificial intelligence (AI) and cost curve breaking innovations that leverage today’s computing, software, and hardware adaptability. The withdrawal now further enables and establishes hypersonic glide vehicles (HGVs), whose ground-launched ranges were restricted by the INF Treaty, can be expected to be further developed and rapidly deployed. This will result in an arms race to rapidly develop and deploy these types of missiles in these ranges in order to stay ahead of China and Russia technologically, a key component of the 2018 National Defense Strategy put forward by then Secretary of Defense Jim Mattis. This will be an arms race that Russia cannot afford and one that China and the United States can, but at some point will become unwilling to allocate the considerable amount of their national treasury to fund them. At that tipping point and a restructure of regional strategic deterrence comes the opportunity for the next generation arms control treaty.