In Defense of Korea

With the North Korean ballistic missile threat and the assumption of it being nuclear-capable upon the Korean Peninsula, the United States and the ROK are deploying the most current missile defense systems available and modernizing current capabilities on the Peninsula to defeat this threat and its evolution of complexity, maneuverability, as well as early release of munitions in lofted, depressed and ballistic trajectories. The overt thrust to improvement of the combined cooperative U.S.-ROK missile defense system is the United States THAAD deployment on the Peninsula, which was finalized yesterday (link to article from Reuters) in a land transfer deal to enable the basing of the THAAD system in the Seongju region.

In an official statement released yesterday by the Secretary of Defense Jim Mattis after speaking with the Republic of Korea (ROK) Minister of National Defense Han Min-Koo:
“Secretary Mattis welcomed the official land transfer in Seongju county of Gyeongsangbuk-do from the Lotte Group to the Republic of Korea government. This land transfer will support the alliance’s decision to station Terminal High-Altitude Area Defense (THAAD), a defensive weapons system, in the ROK as soon as feasible. This is a critical measure to defend the ROK people and alliance forces against North Korean missile threats.”

THAAD, is the only single interceptor system in the world today that provides both upper tier in space and lower tier in high altitude of the atmosphere, metal on metal kinetic energy engagement to destroy and defeat incoming complex, multiple reentry vehicles carrying weapons of mass destruction. Due to its early intercept capability in space for Korea and a layered defense to leverage the natural discrimination of reentry into the atmosphere from space that provides another additional layer of defense for Korea, the THAAD system can defend most if not all of the Republic of Korea and its population of 50 million. THAAD provides a capability and system that Korea will have by the end of this year in full operation to protect its population from North Korean nuclear ballistic missiles for the first time.

In addition to the THAAD deployment on the Korean Peninsula this year, is the introduction of a new, tested and proven U.S. interceptor capability called the PAC-3 Missile Segment Enhancement (MSE) that will be first operationally deployed within the current two U.S. Patriot battalions in Korea. The MSE began development in 2003 specifically to counter and defeat the future evolving complex maneuvering ballistic missile threats above the engagement altitude that current PAC-3 interceptors operate at today, and below THAAD engagement battlespace. The MSE is the world’s most capable endo-atmospheric interceptor with hit-to-kill kinetic energy engagement, a two pulse motor that couples tremendous speed and maneuverability; both allowing the intercept of evolving complex threats inside the atmosphere. The MSE, with its new patriot launcher the M903, holds 12 interceptors and significantly expands the area defended by current Patriot systems in Korea. This expansion occurs because PAC-3 MSE’s higher-altitude engagement capability, allowing MSE interceptors to fly within the upgraded Post Deployment Build 8 Patriot Radar ranges. The MSE interceptor is unique in that it has both C- and X-band capable links built in due to its history as the interceptor for MEADS (Medium Extended Air Defense System), that it has capability to target from both Patriot C-band radars and THAAD X-band radars. The MSE, in addition to added defense to the current Patriot deployments in Korea, would have inherent capability to target using THAAD radar in Korea that would provide tremendous added capability in range over the Patriot radar, not only to defend the THAAD using current Patriot deployment sites, but to fully exhaust and leverage the MSE full range, providing more shot opportunities and a much-needed layer of coverage to fill the existing gap.

Existing today and below the incoming THAAD system capability and the new MSE are the current Patriot missile defense systems of both ROK and the United States, each with two battalions, are dispersed, deployed and fully operational around the Peninsula that defend and defeat in lower altitudes of engagement. Because of lower altitude engagement, their defended area is drastically less than the THAAD, and less than the MSE as they can defend key airports and high priority city blocks. With only four Patriot Battalions of capability between the United States and South Korea, the majority of the country has been unable to be physically defended with these systems from North Korea ballistic missiles until this upcoming year.

Beyond the THAAD and MSE, Patriot modernization has not been done in 20 years. Fully modernizing this current Patriot capability for both countries and adding an additional layer of the interceptor capability to fill the gap of battlespace to intercept between the THAAD and the Patriot, provides more layers, more confidence and more capability to negate and defeat the evolving complex missile threat of North Korea. Innovation of U.S. Army leadership on the Korean Peninsula has driven Patriot modernization, which requires replacement of major equipment, going from out dated 1970s analog to current modern digital systems; baseline configuration for the future IBCS and 360 radars implementation, significant hardware and software upgrades, as well as increasing the Patriot radar capability to manage the new MSE interceptor. Patriot modernization will take place this year on the Korean Peninsula while maintaining air and missile defense operations, rather than modernizing in the United States and removing an entire Army Air Defense Artillery (ADA) Battalion from the global rotation, which is already overcommitted. The Patriot modernization depot on Suwon Air Base, Korea is the first in refitting and modernizing Patriot battery units in theater worldwide as demonstrated from the two deployed operational U.S. ADA Battalions in Korea. 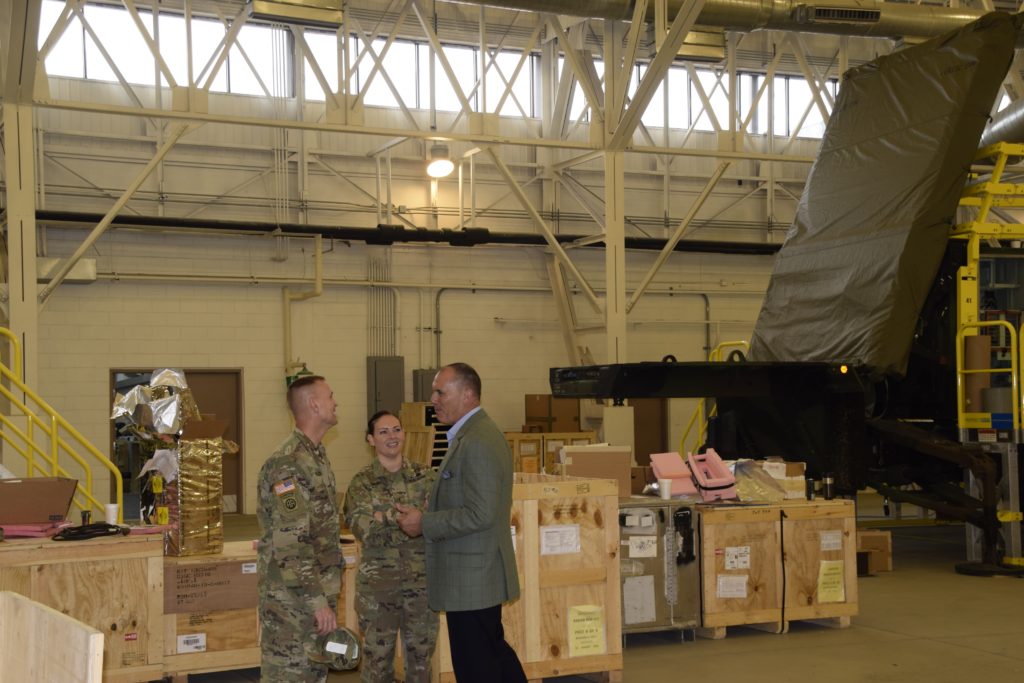 The challenging overload and overmatch of the evolving complexity of the North Korean ballistic missile threat as continued to be demonstrated by the test on February 12th, has to be countered, neutralized and defeated by the United States, the Republic of Korea and Japan for the security and safety of these three allies. Having the wisdom of leadership of excellence to integrate and apply current missile defense capabilities is a game changer for deterring the calculus of North Korea, providing active defense to the populations of the region, and sending strong strategic message of collaboration between South Korea and the United States.