Task Force Talon was created to command and deploy a temporary operational capability of a THAAD battery into Guam in 2013 to defend the American Territory from North Korea Ballistic Missiles and the intent of Kim Jong Un “seriously examining the plan for an enveloping strike at Guam through simultaneous fire of four Hwasong-12 intermediate-range strategic ballistic rockets in order to interdict the enemy forces on major military bases on Guam and to signal a crucial warning to the US,” on August 3, 2017.  The creation of the 38th Army Air Defense Brigade last year in Sagmi Depot, Japan on October 16, 2018 has relieved the 94th AAMDC in Hawaii in direct support of Task Force Talon. The Task Force Talon is being dismantled and the Echo 3 THAAD Battery commanded by Captain Aaron and 1st Sergeant Smith stands on its own in Guam deployed and operational in the ballistic missile defense of Guam.

We have taken the time and effort to ensure the recognition of Task Force Talon and now Echo 3 THAAD Battery be recognized for its excellence in leadership by its Soldiers and critical mission of defending United States Territory every year since THAAD was first deployed on island in April 2013.

Here are the 2019 Guam Missile Defenders of the Year 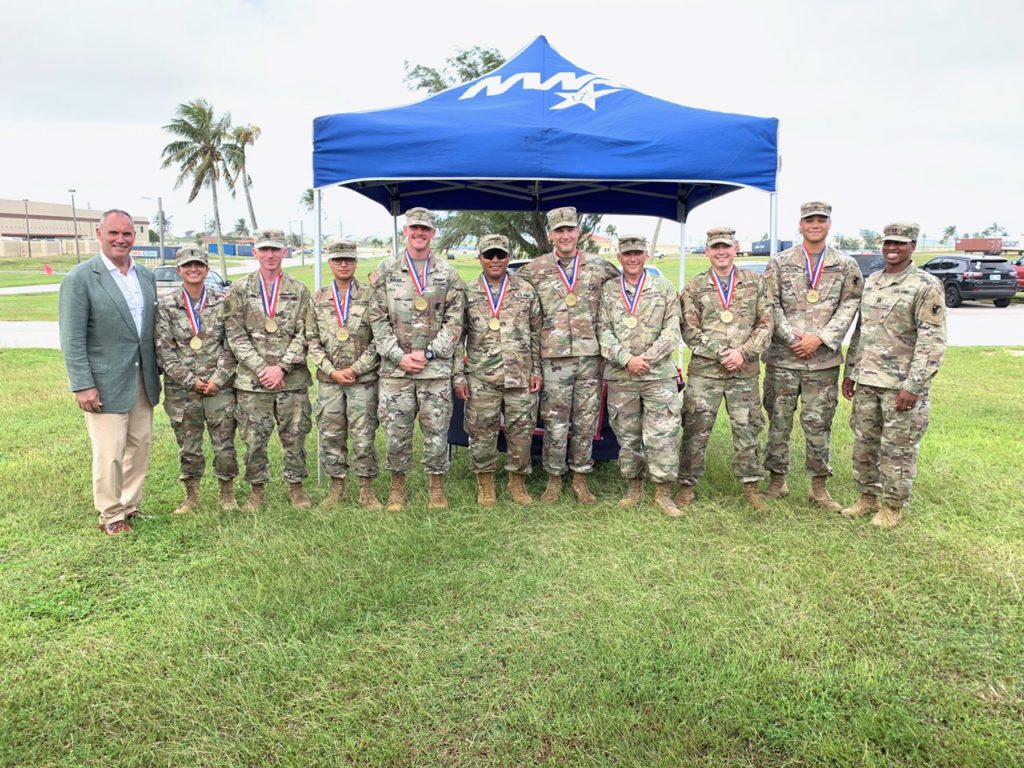 Awardees of the 2019 Guam Missile Defender of the Year Award Ceremony at THAAD Site Armadillo, Guam on November 25, 2019.

Echo 3 remains critical in the stability of the Pacific.

A Shot Heard Around Asia

Defeating the Cost Curve in Ukraine