Netherlands, though a small country amongst its NATO teammates, retains a critical leadership role in air and missile defense as both an enabler and provider of capability. Netherlands couples its capabilities with Germany in becoming more impactful and more efficient. This bilateral partnership is exemplified in the Apollo task force between the two countries who have become interoperable and integrated with their air and missile defense systems demonstrating annually together in live fire exercises in Crete. The Netherlands is trusted and leads above its weight in major relevant missile defense missions for NATO and Europe. Their Patriot operational deployment in Turkey at the request of NATO for two years was significant. Their maritime participation as the lead ship HNLMS De Zeven Provincien, out of eight at sea navies in providing the direct queuing for the firing of interceptors from a U.S. Aegis BMD Ship DDG 51 Ross off New Hebrides, in the Atlantic in 2015, called the Maritime Theater Missile Defense Forum At Sea Demonstration (link), was significant.  Their retention, training of one air and missile defense battalion made up of three Patriot batteries and one SHORAD battery and four air and missile defense frigate ships is a facilitating and enabling capability to the overall NATO mission from such a small country.

Netherlands, a historic trader, seafarer and wealthy nation, has always been mindful of its collaboration with strong and winning allies for its defense and way of life. For countries that are wealthy, more social responsibility is put forward upon them for the security and collective defense of Europe and the NATO mission. Netherlands must re-evaluate its priority of “wealth over security” for its citizens and that of Europe to become and retain a key leadership position and facilitator for NATO in carrying its due responsibilities. The Netherlands strength in furthering contribution to the security of NATO is its relationships, its wealth, its 100-year mission of its air and missile defense and its ability to enable leadership of NATO capability and capacity growth of this mission. In this spirit and intent, Dutch Courage is needed and their they have stepped forward on a critical important asset of the mission, to recognize their leadership across their military services engaged with this mission across all three services. 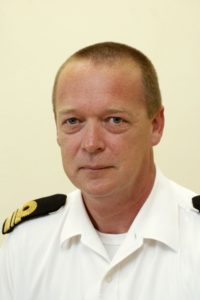 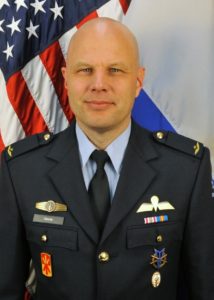 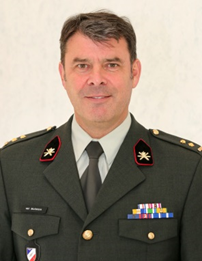 Brigadier General Rob Jeulink, the chairman of the Ministry of Defense Board for IMD for the Netherlands and U.S. Air Force Brigadier General Kevin Huyck, who over sees IAMD for General Tod Wolters – Commander of U.S. Air Force in Europe – were there in their respective commands to honor and recognition of these three Dutch champions of Air and Missile Defense.

We too congratulate these Dutch Missile Defenders and look to their future leadership to inspire and lead to win.

Netherlands holds a special place in its linkage as my Uncle Gerald Brons born in 1927 in Vilson, North Holland, was part of the Dutch Resistance during WWII and joined the Dutch Army in 1947 fighting in East Java, Indonesia through 1950.

This event marks MDAA’s fifteenth Defender of the Year event held in an allied country.