Last month, the U.S. Army demonstrated the deployment of a rapid response missile defense force to a NATO ally bordering Russia, Ukraine and Belarus . This exercise was highly visible to both our NATO allies and Russia, and involved the rapid movement of a mobile U.S. Army Patriot Air and Missile Defense battery based in Germany, fully loaded with live PAC-3 and GEMT interceptors, launchers, fire control, power, communications and a radar to an airfield outside of Warsaw, Poland. The US Army 5/7 Delta Battery from the 10th AAMDC out of Kaiserslautern Germany traveled 1200 km with a convoy of 27 vehicles and deployed the battery facing North East towards Russia to run 24 hour operations surveilling and defending the skies over Poland, providing point defense of Warsaw’s population and strategic defense of the airbase in its role to project air power to defend Polish airspace.

Russia has deployed short range missiles and air defenses on the border with Poland in Kaliningrad. Poland and the three NATO Baltic states of Estonia , Latvia and Lithuania are well within their strike ranges. Russian military air patrols have increased around NATO boundaries and continue to challenge NATO’s air space and these specific NATO territories.

Demonstrated exercises by NATO partners that have mobile missile defense systems like the Patriot systems into NATO countries show the resolve of the Alliance and deter those that would seek to threaten the Alliance. These exercises need to be increased via airlift, rail, sealift and land to practice the rapid placement of air and missile defense batteries to the population centers of the Baltic and Eastern European NATO states as well as on their strategic airfields to show the unity of the Alliance, provide confidence to the population and better prepare for the defense of their own airspaces. Such demonstrations would also show that the NATO alliance is not intimated nor shying away from Russian military build-ups aimed at denying NATO air space.

Neither Poland nor the NATO Baltic countries currently have any missile defense capability or relevant air defense capability of their own. Last week, Poland announced its intention to acquire at least seven Patriot Advanced Capability-3 (PAC-3) batteries before 2025, with two batteries delivered no later than 2018. It is the single largest Polish national defense acquisition in its history. It will give Poland the largest missile defense force of any NATO European country, and will elevate its ability to defend itself and make it an indispensable contributor to European and NATO missile defense needs.

Poland’s move to deploy these advanced missile defense systems is a step towards adapting to the EPAA to address short range missile threats upon NATO and addressing the growing prospect of Russian domination of Eastern European airspace. As MDAA made light of last week (see Access Denied), Russia’s combination of short-range ballistic missile deployments to near eastern European NATO countries and its positioning of air defense systems in Kaliningrad and elsewhere give Russia a distinct advantage to deny access to air space. This situation undermines NATO’s deterrence against regional conflict, and needs to be addressed by defensive systems in place to protect NATO air power and command and control centers. This can be done through cooperation, interoperability and burden sharing among the NATO Alliance members. Poland’s decision is an example of the missile defense partnership, teamwork and future interoperability for which NATO was built.

The Delta Battery of the 5/7 ADA Battalion exercise demonstration to Poland provided the tipping point for short range missile defense needs that are not included in the EPAA. 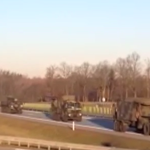 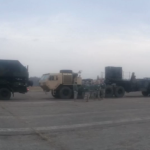 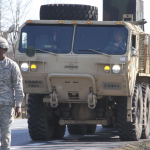 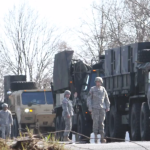 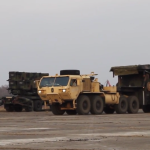 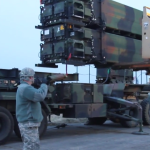 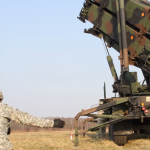