At the conclusion of the Crete Tactical Air and Missile Defense firing, within a multinational military formation on the range, we honored the best missile defense crews of the United States of America and Germany.  Among the 650 troops, 143 of them were American soldiers, 327 of them were German Luftwaffe airmen, and the remainder came from a variety of NATO nations that evaluated and certified the German crews.

There were two crews that manned and operated the two layers of two short range missile defense systems – Patriot and Stinger- from Germany and the United States. Both countries fired over 80 interceptors engaging and defeating air-breathing and tactical missile targets.
The Stinger air defense system (Link) developed in the 1970s against Russian helicopters has been reintroduced in today’s fight as there is no other program of record to do this mission. The Stinger at the Crete exercise was operated and fired from the shoulders of United States Infantry soldiers and German Luftwaffe airmen. Both countries also fired Stingers from vehicles equipped with stinger pods – the Avenger for the Americans(Link) and the Ozelot (Link) for the Germans. What was unique about this exercise and enables future manpower capacity growth, was that U.S. infantry soldiers from the 173rd Airborne Brigade and the 2nd Calvary Regiment were trained and equipped for over 6 weeks to perform this mission rather than the U.S. Army branch of Air Defense Artillery.

In addition to the ceremony, we were honored to host our second round table discussion, the first Roundtable being in Cologne, Germany earlier this year, on cross domain fires for the development of Multinational Joint Integrated Air and Missile Defenses. The following countries participated: 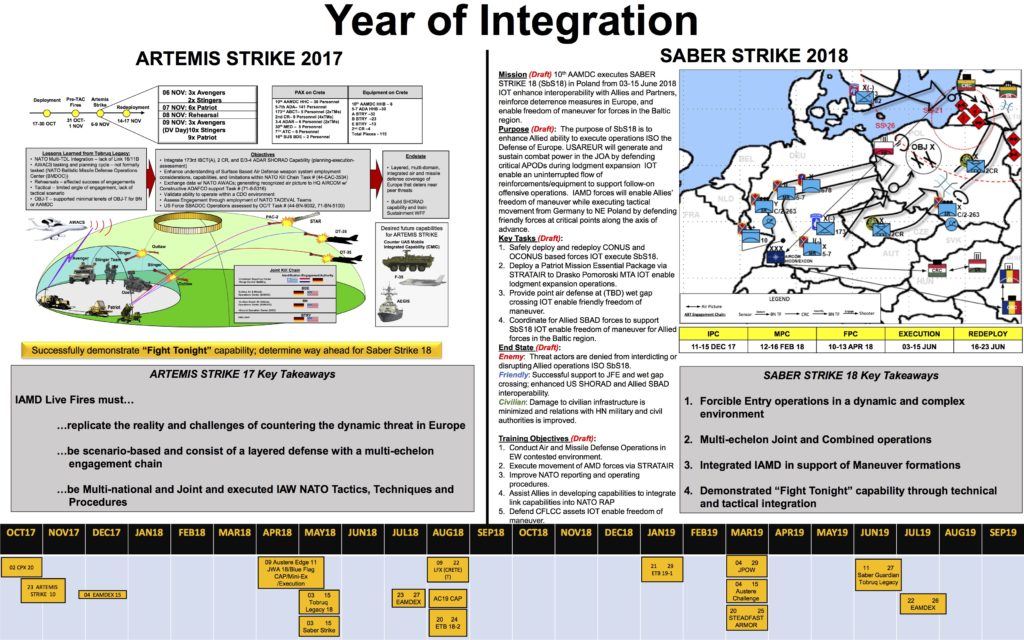 Integrated Air and Missile Defense is a Noble Cause in defending the European population for the participating and willing NATO nations that provide these systems and manpower to operate them.