Confronting the Hydrogen Bomb in the Hands of North Korea

In a clear premediated decision to overwhelm the significance of the ten day massive United States and Republic of Korea (ROK) military exercise, called Ulchi Freedom Guardian (Link), and to demonstrate absolute power to the United States, North Korea detonated a thermonuclear weapon, that is by current estimates at least ten times more powerful than the atomic bomb dropped on Hiroshima in 1945 (Link), and also showed the weapon device with the casing of a reentry vehicle for their Hwasong-14 intercontinental ballistic missile (ICBM). North Korea is a nuclear state that has achieved the power projection of a hydrogen nuclear weapon, with the means to deliver them using ballistic missiles, in the region and in the United States of America. Close to 500 million people in the United States of America, Japan, and the Republic of Korea are in a direct nuclear threat from North Korea in both capability and intent. Secretary of Defense, General (ret.) James Mattis, responded on Sunday by stating, “Any threat to the United States or its territories, including Guam, or our allies will be met with a massive military response both effective and overwhelming.” (Link)

The hydrogen nuclear weapon is the most powerful weapon, with the most destructive power, known to mankind in the world today (Link). A weapon so powerful and devastating, that it does not need to be accurate to be effective. The hydrogen nuclear weapon test was North Korea’s 6th nuclear test and the third nuclear test since 2016. North Korea has also conducted 63 ballistic missile tests during the same time, with two of those ballistic missile tests successfully demonstrating an ICBM capability to strike United States (Link).

North Korea has deliberately accelerated its pace and has yet to back down from its rapid nuclear and ballistic missile proliferation to threaten and overwhelm the missile defense capacity of the United States, Japan, and South Korea. North Korea is thriving on its isolation as it empowers, embeds, and sustains the regime and its power within the country. International, United Nations, and United States sanctions on North Korea continue to benefit their isolation, solidifying the regime’s power in the country. Regime change is what threatens North Korea the most and is the ultimate solution to rid the world of this rouge nuclear aggressor, as the leader, Kim Jong-un, is acutely aware leveraging military buildup and implementing massive numbers of executions of his internal threats to power. To change North Korea is to change their regime, not further isolate them and continue to place more sanctions to get them to the table yet again, as previous U.S. presidents have done with the outcome each time of having a much more hostile North Korea – in both intent and capability – threat to the United States, Japan, and South Korea. There is no country in the world today better positioned to force a North Korean regime change than China, and the fallout would be exponentially less than by any other country. China has been, China is, and China will always be the solution to North Korea.

With the intent and growing capacity of hydrogen nuclear weapons on North Korean ballistic missiles, ensuring as close to 100% reliability in capability and capacity as possible to defeat this threat must be at the forefront of President Trump of the United States, President Moon of South Korea, and Prime Minster Abe of Japan policies to protect their populations. In addition to U.S. State and Treasury Departments’ polices to encourage China to help resolve North Korea, providing South Korea and Japan with more offensive military capability for counter strike, putting more U.S. offensive capability in the region that would not exclude nuclear weapons, and surging U.S. ballistic missile defense capability into Japan, South Korea, Guam, Hawaii, and throughout the region would best ensure our defense and deterrence towards North Korea while warranting China’s and Russia’s attention.

In this framework, the United States today could surge additional ballistic missile defense (BMD) capacity into the Pacific region to better defend against North Korea-

It is essential that the United States invest heavily in the continued development of its missile defense capabilities and that robust, relentless, and abundant testing of the nation’s deployed systems in order to drive inherent capabilities in these systems that are beyond their requirements, increase the reliability and confidence of all these systems and bring new systems rapidly into the field. For the near-term, testing the U.S. Navy’s SM-3 Block IIA and SM-6 interceptors against ICBM targets could demonstrate an inherent capability of those interceptors for a secondary layer of defense against North Korean ICBMs. Also, aggressively pushing the development and testing of the Redesigned Kill Vehicle (RKV) – the replacement of the GBIs Exoatmospheric Kill Vehicle (EKV) – would enable a significant increase in the GBI inventory sooner. Even further, improved GBI booster vehicles into the fleet and additional discriminating radars would increase the reliability of the system and allow for a lower shot doctrine, that would then expand the current capacity. For the long term, significant investment into directed energy weapons on air based platforms for boost phase missile defense along with a space-based constellation of persistent discriminators for global coverage is a technical generational game changer that would break the cost curve and good path forward. 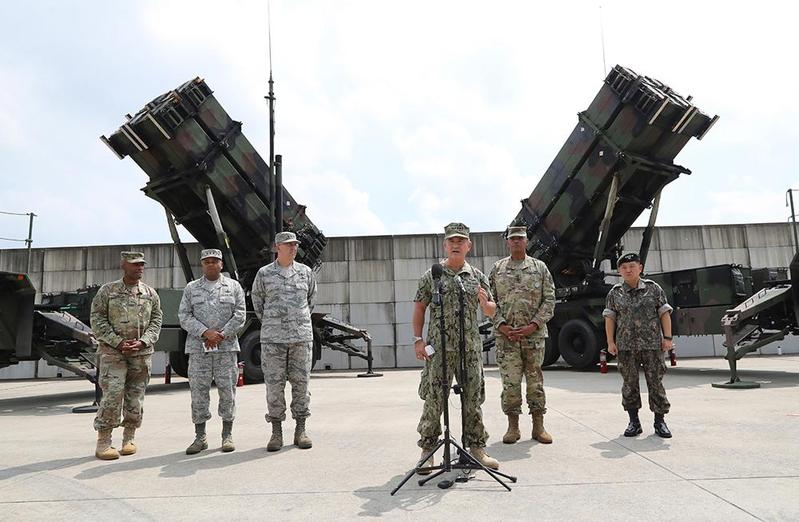 In the end, it is the United States war fighter that has the tremendous encompassing responsibility, with the best tools they have, to prevent war and defend the country and its population.

We stand by the war fighter and with the world’s best missile defense systems in this crisis with a rouge nuclear nation, that is threatening our nation and our way of life.

It’s the world’s responsibility to defend against it – and the United States must lead on it.