North Korea went too far. They bumped right up to the threshold of significant retaliation by the United States, the Republic of Korea and Japan with their lofted ballistic missile test on February 12, 2017. In this test, North Korea successfully demonstrated a survivable, mobile, solid fuel missile capable of carrying nuclear weapons and conducting a first strike (surprise attack), second, and third strikes throughout the Asia-Pacific region. Masked as a 500 kilometer-range test, the missile lofted high and with enough power to demonstrate a 2,000 nautical mile range.

North Korea’s February 12th test demonstrated the effectiveness of its solid fuel capability, which had the biggest lift capacity and re-entry vehicle size ever shown on a solid fuel missile tested by the country. The significance of the technical and incremental work of engineering to jump from a 1.2 meter diameter to a 1.5 meter diameter solid fuel missile builds towards the next jump of a 2.0 meter diameter-this would meet the requirements for a solid fuel capable Intercontinental Ballistic Missile (ICBM). This test leveraged its newfound explosive solid fuel power to launch on a lofted trajectory that creates a high-speed and a direct angle on the descent to generate the most re-entry heat on the re-entry vehicle. In essence, they are mastering their ability to protect a warhead and maintain its reliability to deliver on Earth. Further there is the possibility of a throttled solid fuel burn capability that would enable a non-ballistic assent in a lofted or a depressed trajectory that would be challenging to defend against. All of these breakthrough technologies are coupled with a sophisticated, modern transportable erector launcher (TEL) that uses cold-launch capability, which applies compressed air or gas to lift a 50,000 pound missile out of the tube, stabilize the missile perfectly in the air, and then ignite the solid fuel rocket engines. Only two other countries in the world have land-mobile, cold-launch, solid fuel missile systems, which means North Korea now joins China and Russia with this uniquely survivable and very efficient strategic power projection capability.

Even with all of the exceptional and miraculous technical prowess of engineering systems that are integrated all together to demonstrate a tremendous successful test, it is the timing of the test that sends a calculated parallel strategic message as powerful as what was proven. Using the first international opportunity to gauge the American reaction under President Trump – who was meeting with the Prime Minster of Japan Abe in the United States – the test was premeditated by North Korea for political effect. Further, with the instability of the Republic of Korea President Park Geun-hye – who brought forward the United States THAAD system to defend Korea and currently going through impeachment – the effect of the North Korean test was to send messaging to the incoming liberal party and future President to reconsider the U.S. THAAD deployment. Additionally, the timing of North Korea’s test is in anticipation of next month’s annual major joint U.S.-ROK military exercises, and is meant to clearly demonstrate a potential nuclear capability to withstand and strike back against a preemptive strike by the joint forces of United States and Korea. North Korea’s bold move elevates itself within the region without being countered, and puts forth self-assurance through an internal and external perception of power that continues to be an incentive in going forward with more tests for greater capability, to include ICBM and nuclear testing.

To ponder how a poverty stricken and impoverished nation of North Korea, who has been isolated by United Nations Security Council Resolutions (UNSCR) since July 2006 – along with escalating additional sanctions since then from the United States, the Republic of Korea and Japan – could organically self-produce nuclear weapons and a survivable and extremely sophisticated strategic missile capability that applies tactics and doctrine to rival the United States most advanced weapon systems – the best in the world today – is outlandish and preposterous. How is this same nation that is one of the lowest ranking countries in the world 211 out of 225  on GDP per Capita (https://www.cia.gov/library/publications/the-world-factbook/geos/kn.html), and has the 26th most powerful military in the world that has to be maintained, trained and equipped with an estimated defense budget $7.5 billion (http://www.globalfirepower.com/country-military-strength-detail.asp?country_id=North-Korea) in 2015 – as compared to the United States at $596 billion, China at $215 billion, Russia at $66 billion, and South Korea at $36 billion in defense spending (https://www.usnews.com/news/best-countries/articles/2016-11-11/10-countries-with-the-largest-military-budgets) – able to have the educated industry infrastructure and resources for generational breakthrough technology to develop, test successfully, and deploy the most sophisticated weapon systems known to mankind?

With China having the longest land border to North Korea, as well as being their biggest trading partner at over 75% in exports (https://www.cia.gov/library/publications/resources/the-world-factbook/geos/kn.html) , there is the undeniable commonality between the two countries of not wanting the reunification of Korea, keeping the Armistice of the Korean War in place, and the strong mutual desire to get American Forces off of the Korean Peninsula. What is remarkable is the tolerance by China of a North Korean Supreme Leader driven by ensuring his regime’s survival, who has been enabled in developing and attaining nuclear weapons as well as sophisticated ballistic missile means to deliver them to ranges that include China and Peking. This alone would clearly implicate that China has some sort of oversight and control of North Korea, but adding the other factors, including North Korean KN-08 TEL launchers (http://38north.org/2014/02/jlewis020314/) – Chinese launchers that are one of only two cold launched land mobile solid fuel ballistic missile systems deployed in the world and the exact same design of the Chinese submarine ballistic missile JL-1  that was tested by North Korea on February 12th — further validates China’s involvement. 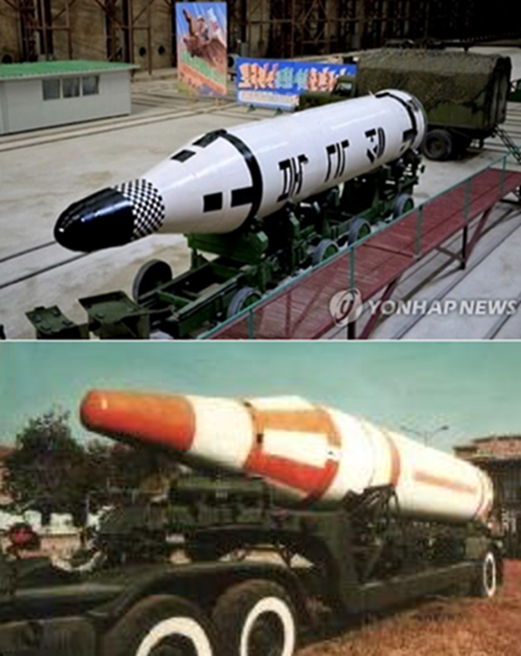 China is the key to resolution, not North Korea and certainly not opening up bilateral talks with North Korea as reported by the NY times, (http://www.nytimes.com/2009/11/03/world/asia/03korea.html) which incentivizes their blatant actions and simply cannot resolve the problem as history has shown. Strategic thought and end strategy must first be applied by the new United States President and his NSC team on the overall positioning with China in global economic terms as they move to significantly increase the United States economy before they can address China on North Korea. Consideration of Chinese direct proxy leadership of North Korea, acceptance of non-reunification of Korea and elimination of the North Korean threat to the region, should be put forward as an ends.

What the United States must do until China stops North Korea’s outrageously capable ballistic missile systems development and nuclear testing is provide missile defense that can protect Japan and the Republic of Korea, and with urgency to better defend Hawaii and the homeland of the United States. The most effective missile defense system today to defend the region from the North Korean mobile cold launched solid fuel missile and its various trajectories is the Aegis Ballistic Missile Defense system, which is made up of a layered capability of interceptors of SM-6, SM3 Block 1B, and the recent successfully tested SM3 Block IIA, using its 360 degree radar and 9.0 plus processor to enable launch and engagement from remote sensors on ships, land, and air. Aegis BMD needs to be proliferated in this region. The United States and the Republic of Korea must also enable and sustain the current deployment decision of THAAD in Korea and begin discussions with Japan on THAAD deployments for Tokyo and Okinawa.

North Korea crossed the threshold, exposed China, and now faces the repercussions of a United States and Chinese solution.