After a weekend and national holiday in celebration of Thanksgiving, MDAA now follows President Trump’s recent tour of Asia by visiting and honoring our nation’s and our allies’ armed forces in their critical and substantial missile defense mission. Starting today and through the next two weeks, we will be in the Republic of Korea, Okinawa, Tokyo, Japan, Guam, and Hawaii giving thanks to those that defend 80 million Koreans, 120 million Japanese, and 300 million Americans. This multinational and joint service integrated air and missile defense force is deterring North Korea and preventing war in the region by enabling flexibility of options while taking away the North Korea nuclear missile threat to the region.

One of the absolute core components of this multinational joint military service missile defense force is the United States Navy and its ultimate platform that defends with a layered capability from one platform- the Aegis Ballistic Missile Defense (BMD) ship. There are 17 U.S. Aegis BMD ships deployed to the Pacific that are on station today off the waters of Korea, in the Japanese Sea, in the South China Sea, off the waters of Guam and in the Pacific providing defense of 500 million people and three United States aircraft carrier battle groups in this region. All of these ships are connected through the Naval Integrated Fire Control-Counter Air (NIFC-CA) with the Navy’s E-2 Hawkeye early warning, command and control aircraft as a conductor to best leverage the Aegis BMD ship’s early discrimination with their SPY-1 radars assets along with the collection of layered interceptors in their Vertical Launch System (VLS) on these ships – the Standard Missile-3 (SM-3), SM-6, and SM-2 that intercept on the downward path of the incoming ballistic missile in just above the atmosphere in space to terminal interception in the upper atmosphere – all proven integrated capability to defend against the current North Korean ballistic missile threat. There is a tremendous operation requirement and demand for these Aegis BMD ships that are of short supply that require to have three ships in order to have one ship in full operational deployment. Currently, there are only nine Baseline-9 Aegis BMD ships that have the best and most advanced capabilities in existence today and not all of them are deployed in the Pacific.

Last week in Pascagoula, Mississippi, MDAA visited the United States largest and most prominent shipyard in the world that is building U.S. Aegis BMD ships, which take five years to build. There are five Aegis BMD ships (Arliegh Burke Class Flight-2 ships DDG 114, DDG 117, DDG 119, DDG 121 and the new Arleigh Burke Flight-3 DDG 125 with the new SPY-6 radar) in various stages of construction in the shipyard today. With the current rate of 1.5 new ships a year being put out to sea. All of these new Flight-2 ships have the Baseline-9 processor battle management in them, enabling these ships to do engage and launch on remote, fire SM-6 and SM-3 interceptors – to include the new SM-3 Block IIA – and provide its own defense of the ship which allows the ship to have a multi-mission capability. By 2021-2022, there will have been 13 Aegis BMD ships completed and the first Flight-3 ship with baseline 10 will be delivered in 2024. There is unequivocal capacity in the shipyards to double the production and go to four new ship constructions a year, should the Administration and Congress provide leadership and support for this. There is also unequivocal capacity to modernize current Aegis BMD ships up to the rate of four a year in the fleet to Baseline-9 capability in the already scheduled maintenance and modernization periods. 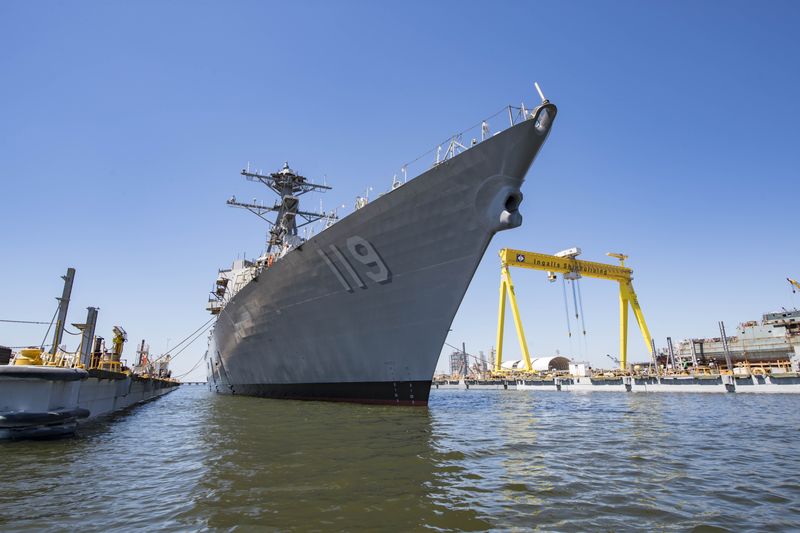 There is no reason why our nation would not want the most efficient capability on the most effective layered missile defense capability platform, by enabling their fleet to do multi-missions without having shotgun ships for those ships – not at Baseline-9 – to best defend the carrier battlegroups, to best defend Guam, United States, Japan, Europe, Israel, and the Gulf Cooperation Council (GCC) countries. Aegis Baseline-9 and -10 BMD ships are the underlay layered missile defense system below the Ground-based Midcourse Defense (GMD) system defending the United States from nuclear Intercontinental Ballistic Missiles (ICBMs). It is a matter of time before the SM-3 Block IIA is proven against ICBMs and Aegis BMD ships will provide underlay missile defense for Hawaii and the West Coast of the United States. For Japan, Guam, Israel, and Europe, the Aegis BMD capability and capacity are the first layer and most important layer that engages before any other system can, giving more battle space to provide more shots and exponentially defend more area than any other system.

The world needs more Aegis BMD ships that can anchor away to make the world a safer place.

Here are the honorees that were recognized for excellence in the Aegis ship building community in Pascagoula, Mississippi.