The deterrence and defense posture of Europe and the 28 members of the North Atlantic Treaty Organization against ballistic and cruise missiles today and tomorrow must be determined by the threats it faces, and enabled by the partnership capacity of the forces it has to defend against those threats.

Today in Europe, the direct ballistic missile and cruise missile threats are from Russia. Russia has missile forces deployed amongst the Baltic NATO member countries in Kaliningrad and on the eastern borders of NATO countries. Russia has deployed short-range Iskandar missiles in Kaliningrad, Belarus and along its border with Ukraine. These deployments threaten NATO countries of Estonia, Latvia, Lithuania, Romania and Poland.  Russia also has displayed Club-K cruise missiles that can be fired covertly from cargo containers from sea and land. Iran also poses a threat to Southern Europe with its medium range Shahab- 3 and Sejjil ballistic missiles and long-range Soumar cruise missiles.

In conjunction with this threat, Non-European NATO member countries such as Turkey, Canada and the United States face short and long-range ballistic missiles today. North Korea has long range capability to strike the United States and Canada, Turkey is under threat from short range ballistic missiles from Syria. Turkey has invoked Article 5 of the NATO Charter to have NATO’s missile defense capabilities deployed in their country.

Russia’s current movement to increase its short-range missile capability, coupled with the strong presence of S-300 and S-400 air defense systems in Kaliningrad and along its border in Ukraine presents a major concern for the security of the NATO countries that these systems extend themselves by range into NATO sovereign countries. Along with increasing violations of NATO airspace by Russian military aircraft, Russia has a demonstrated capability for complete access denial to the entire airspace of the NATO member countries of Latvia, Estonia, Lithuania, half of Poland and half of Romania. Should an altercation arise between Russia and any of the NATO member countries, Russia can deny air access specifically to those five NATO Countries. With the current situation in Ukraine and how it has it evolved, there is great concern that the Baltic NATO members are vulnerable to Russian intimidation and influence that would undermine their national sovereignties. In this serious matter, the collective resolve of NATO to protect and deter is vitally important to preserve peace and status quo of NATO’s collective security. 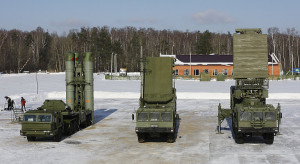 The European Phased Adaptive Approach (EPAA) was not designed or deployed to defend NATO and those specific five threatened NATO countries from Russia. There is a concerning gap of capability within NATO countries to provide the necessary resources, manpower and systems to counter and deter the short-range air and missile threats from Russia.

This immediate and ongoing growing security challenge requires a shift or an adaptation of President Obama’s EPAA to enable NATO countries to provide resources, development, manpower and systems that can be interoperable and integrated in fielding short range air and missile defenses. A rapid response short-range missile defense force for NATO made up of contributions and forces from NATO countries hosted by a NATO country is part of a necessary solution.

Lessons from the past for which NATO was formed 66 years ago this month must be reflected upon.  It is about the resolve, commitment and the ultimate preservation of the Alliance to preserve peace and protect the people of NATO.