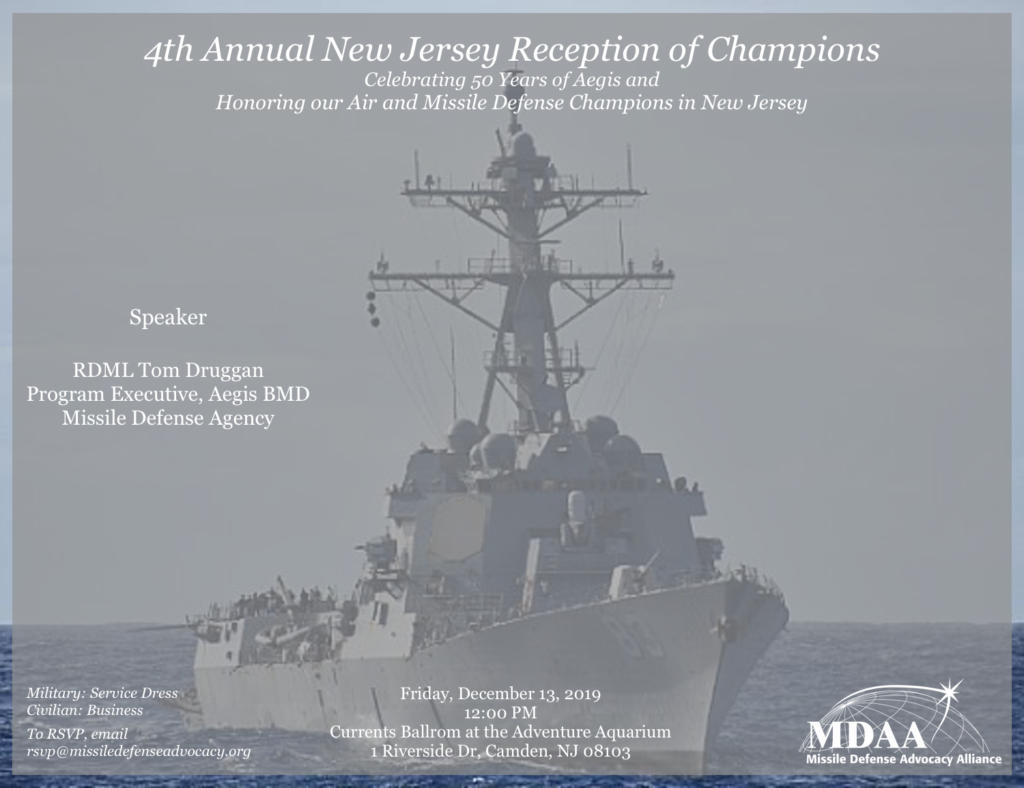 The Missile Defense Advocacy Alliance hosted the 4th annual New Jersey Reception of Champions on Decebmer 13, 2019 in Camden, New Jersey. The purpose of this event was to recognize the critical role New Jersey plays as home to some of our nation’s best missile defense engineers and warfighters and additionally this year to celebrate the 50th anniversary of the Aegis Combat System.

We were honored to be joined by Rear Admiral Tom Druggan and Captain Phillip Mlynarski to commemorate our Navy Aegis Air and Missile Defense Champions. The Champion engineers and developers of the Aegis Combat System and the Long-Range Discrimination Radar (LRDR) were recognized in New Jersey for their excellence as being part of the team that is making the world a safer place.

Click here for a printable version of the transcript.