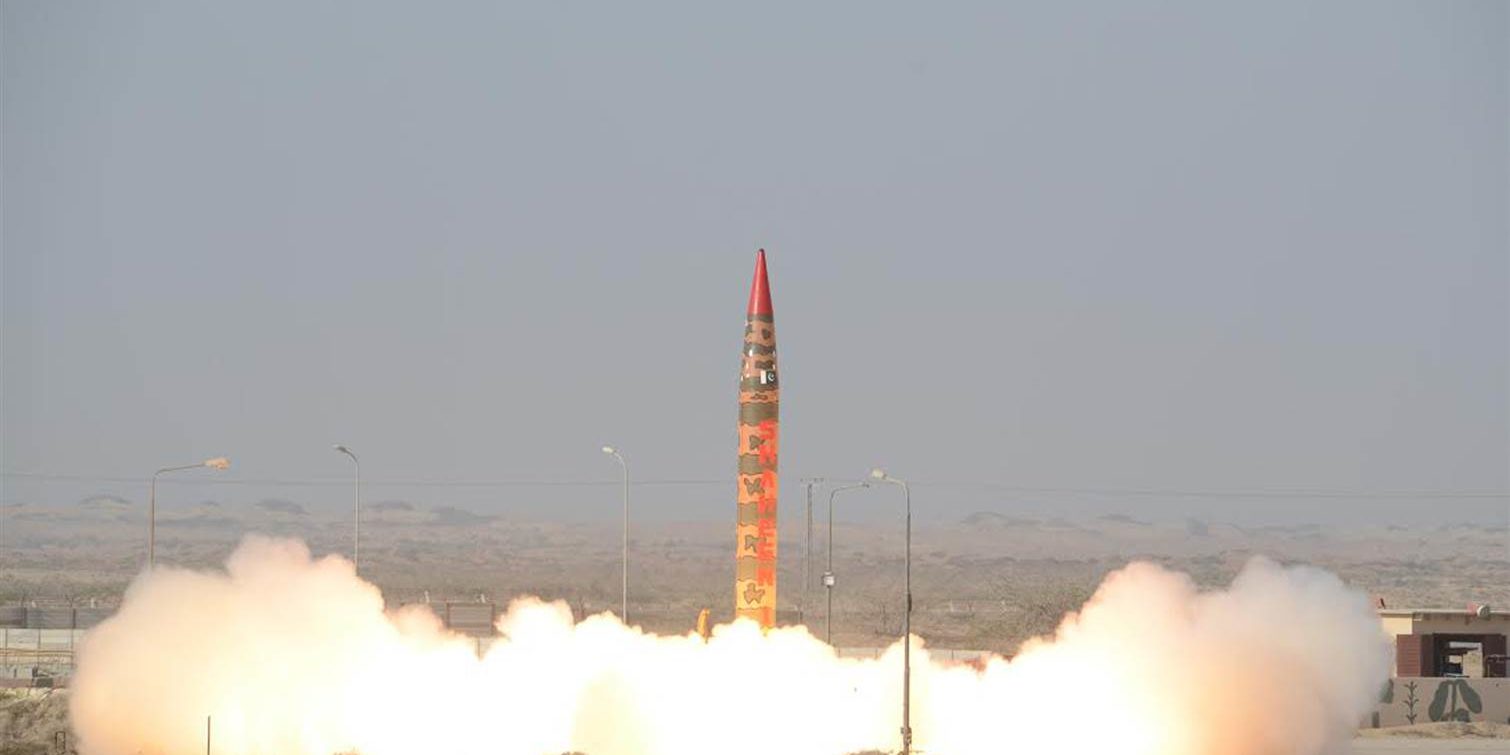 The Shaheen-I or Hatf-4 is a short-range range ballistic missile with a range of 750 km. The missile has a solid fuel source and is road-mobile. [1] The Shaheen is reportedly based on the Chinese M-9. There are reports to suggest that China did supply Pakistan with a small amount of M-9s. Furthermore, the Transporter Erectror launchers (TEL) for the Shaheen are modified M-11 TELs. [2] The Shaheen-I was tested in April of 1999. In 2003 it was introduced into the Indian military. [3] In April of 2013, the Pakistani military tested the Shaheen-I successfully.[4] The Shaheen is considered to be able to carry both conventional and nuclear warheads. The Shaheen is considered to be the mainstay of Pakistan’s ballistic missile forces. [5]

With the adaptation of a nuclear warhead to the Shaheen, Pakistan has created a deterrent for its enemies in the Region. The range of the Shaheen allows Pakistan to strike most of India, including its capital and various population centers. [6] Furthermore, this missile allows Pakistan first strike capabilities against India as well retaliatory capabilities. This is mainly due to its road-mobility which makes the missile difficult to target. Furthermore, the testing of these missiles is usually at the same time that India tests its own missiles. This indicates a quid pro quo mentality for Pakistan. It tries to match India’s capabilities. [7] While the Shaheen has been successful, due to both the development of India’s missile defense system and international pressure, Pakistan has started to shift its developments towards cruise missiles and tactical nuclear weapons. [8]